EU struggles to deal with rising refugee numbers | Europe | News and current affairs from around the continent | DW | 17.08.2013

Germany has pledged to take in 5,000 refugees from Syria. But they still haven’t arrived. Human rights organizations complain that the EU's refugee policy is marked by a lack of solidarity. 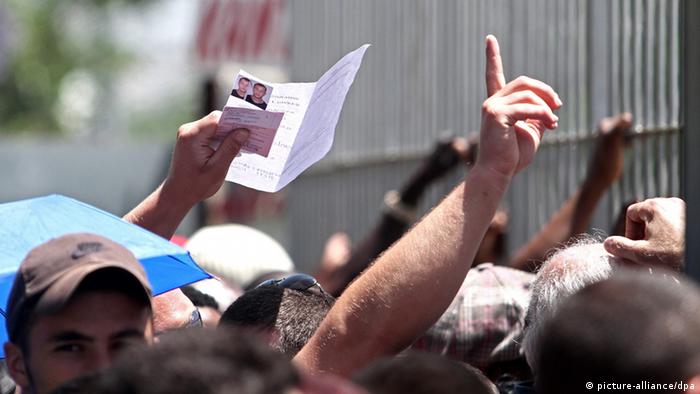 Almost 2 million people are currently estimated to be fleeing from the war in Syria. Most of them seek refuge in neighboring countries. According to a report by the UN Refugee Agency UNHCR, some 50,000 refugees have been seeking shelter in Turkey, with a total of 6,000 new arrivals in the course of this past week alone. But the number of unreported cases is likely to be much higher, according to UNHCR, because not everybody registers with the agency.

The European Union's statistics agency, Eurostat, said in the course of the past 12 months, some 30,000 Syrians have filed an asylum application in the EU. In July, Germany's Federal Office for Migration and Refugees registered close to 1,000 new asylum applications from Syrian citizens. 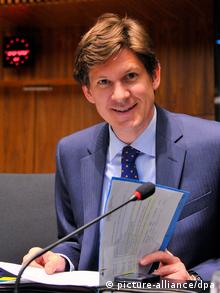 Schröder: "We have to offer protection to people who need humanitarian aid."

Germany has promised to take in 5,000 refugees from Syria. "We want to offer the most vulnerable people who are stranded in refugee camps around Syria the possibility to come to Germany," said Ole Schröder, a state secretary in Germany's Interior Ministry, adding that their families would also be given the option of coming to Germany.

Amnesty International's (AI) Franziska Vilmar said Germany's announcement of taking in 5,000 refugees is a good start. "At the same time it's clear that it's by far not enough," said Vilmar. She said so far Germany hasn't taken in anybody because the criteria for the selection process on the ground have still not been decided.

Schröder said Germany's program is pointing the way forwards for European refugee protection. "We have asked the European Commission to introduce a similar protection program. Unfortunately, the Commission hasn't done so. But Germany is taking the lead,"said Ole Schröder.

All in all, Germany expects some 100,000 refugees from all across the world to apply for asylum by the end of this year. However, it's unclear how many would actually be granted asylum.

"We can't take in millions of people," Schröder said. "That would overstrain Germany's capacities."

The capacities of the EU's Mediterranean countries are already overstrained. Malta, Cyprus, Italy, Greece, as well as Hungary and Bulgaria have problems in dealing with refugees who want to enter the EU from both the Middle East and Africa, according to UNHCR. Human rights groups have repeatedly criticized the European Union for fencing itself in and disrespecting its international obligations when it comes to protecting refugees. 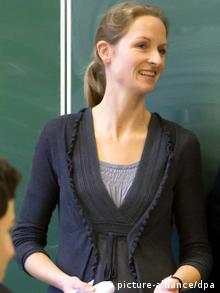 Vilmar: "The EU's refugee policy has to be understood as a common project and a common task."

Vilmar cited the example of Greece. Since the country's border to Turkey was strengthened with an almost insurmountable fence, refugees have increasingly been trying to get into Greece via the sea route - a dangerous and illegal way into the European Union.

Vilmar said she is concerned: "We are aware that Greece is experiencing an economic crisis. But that doesn't mean that you can simply adopt an inhumane behavior towards these people." The Greek government, said Vilmar, is turning a blind eye on the fact that vulnerable people are drowning in the sea.

The EU does have laws and rules to protect refugees, but these rules have to be obeyed, said Vilmar, but "there's a lack of political will to become active. We are all aware of the conditions. The EU's refugee policy has to be understood as a common project and a common task."

According to Vilmar, the solution consists in the EU's central states showing more solidarity. Of all EU member states, Malta takes in the highest number of refugees. But the countries in the geographical center of the EU - among them Germany - shirk responsibility, Vilmar said. This is in part due to EU rules that put the responsibility of dealing with refugees on the first member country the refugee arrives in. 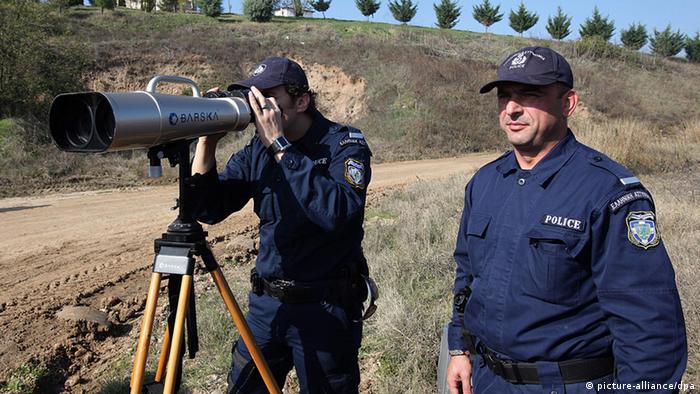 Greek and European Frontex officers patrol along the EU's external border with Turkey to prevent illegal immigrants from entering the EU.

Schröder said the German government and the European Union have offered enough support to Malta. Since 2007, he said, Malta has received 85 million euros. The new asylum support office also has its headquarters in Malta. "It's not true that we don't support those countries." But Franziska Vilmar said it's not enough to shift money from one place to the next. What's needed is support on the ground.

Syrian citizens are the second biggest group of asylum seekers in the EU this year. The number of people from the Russian Federation seeking protection is even higher.

Doctors Without Borders has announced the closure of its operations in Somalia. The humanitarian organization cited unparalleled dangers to its staff in the east African country as the driving force behind its decision. (14.08.2013)

Six migrants have drowned off Sicily after the boat carrying them from Africa to Europe ran aground, while more than 100 others were saved. The incident comes as the number of people trying to make the passage grows. (10.08.2013)