Greece, Spain and Italy - many EU states are unable to cope with the influx of refugees from crisis areas and war zones. With refugee policies increasingly under fire, the EU is set to find a remedy. 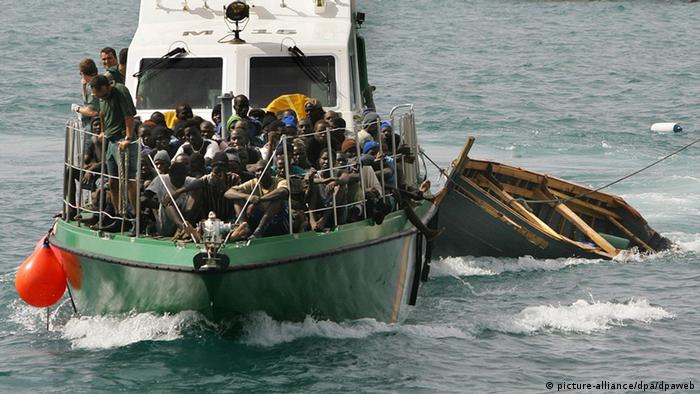 Overcrowded boats run aground on the coasts of Malta and barely seaworthy rubber dinghys regularly capsize and sink in the Mediterranean. Lives are lost too often, but day after day, refugees from Africa or Asia chance the risky passage. Malta is situated just a few hundred kilometers from the North African coastline. Hopes for a new life, far removed from civil war, poverty and oppression, fuel thousands of refugees.

According to the UN refugee agency UNHCR, 8,400 refugees arrived in the first six months of this year alone along the coasts of Italy and Malta - a huge influx in particular for the small island of 415,000 inhabitants. "The EU states on the bloc's outer borders are partly overtaxed, but that fact does not justify the severe human rights abuse there," said Karl Kopp, a spokesman for the Pro Asyl human rights organization. 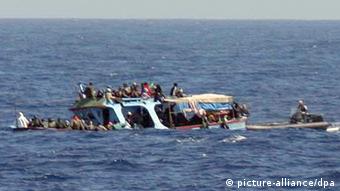 Malta is inundated with refugees

Last month, the European Court of Justice ruled that Malta must pay compensation to a Somali woman detained on the island pending deportation. The woman suffered from extreme heat and cold, and for months was barred from going outdoors, what the court described as "inhumane and degrading treatment" in its ruling.

Authorities in small states like Malta are overburdened by the flood of refugees. Greece, though much larger, is also strongly affected because refugees enter both by sea and by land, and migrants also try to cross into the EU illegally via the Greek-Turkish border. Many people fleeing the civil war in Syria also seek shelter in the EU.

What can the EU do to relax the situation in the overtaxed refugee camps? So far, problems were merely pushed aside. When Spain made entry into the Canary Islands more difficult, refugees aimed for Lampedusa and Malta instead. Officers from Frontex, an agency that coordinates and develops European border management, helps police in Greece secure the EU external borders. 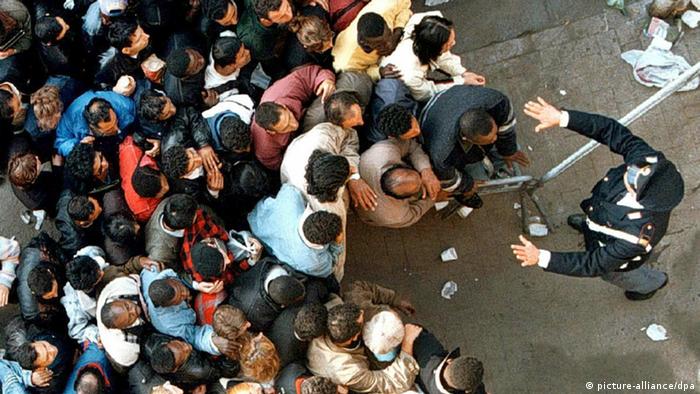 Italian authorities are currently unable to cope with the flood

Illegal migrants are often left caught between countries: refugees who apply for asylum in Italy and then continue to another EU state are returned to the country where they first applied for asylum. Even if refugees manage to travel as far as Germany, the Netherlands or Sweden, they are in danger of being sent back to Mediterranean states. But at present Germany is not allowed to deport refugees back to Greece.

The EU's common refugee policies took effect in June. Previously, the EU assumed refugees were a sporadic phenomenon, says MEP Axel Voss. "Now, refugee policies have to be coordinated Europe-wide - in the wake of the Arab Spring, we saw a host of refugees move toward the EU, so we have to find a common solution." The politician added that the focus should be on people who flee their country because of a war and want to return once it is over. Karl Kopp criticizes the EU's crisis management: "Europe drew the wrong consequences from the humanitarian crisis that started 2010 in Greece."

The common refugee policies provide for a unified procedure for granting asylum and a standardized EU-wide legal status for recognized asylum seekers. In the past, these procedures were arranged on a national level. Now the EU wants to guarantee unified conditions and standards for people seeking refuge. People without a claim to asylum are also to be treated fairly. 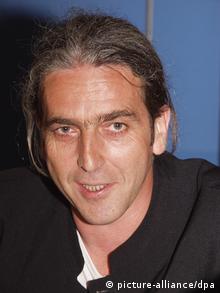 No EU member state is prepared for the masses that flow in, but small states like Malta and Cyprus need help, Axel Voss says. It is currently common practice that people who ask for asylum are detained, Voss says. "That results in extremely overcrowded jails and conditions the Court of Human Rights in Strasbourg was right to denounce." But it is not clear how the smaller EU nations can put an end to such conditions overnight, the parliamentarian says.

Kopp has a concrete suggestion to end the inhumane conditions: "The EU should no longer detain people and build new prisons with European funds. Instead it should finance humane housing in Greece, and open the sordid jails there." People in particular need of protection should be distributed across Europe, according to humanitarian criteria, and there should be legal ways to leave Greece, Kopp argues. "That would be an act of solidarity," he adds. 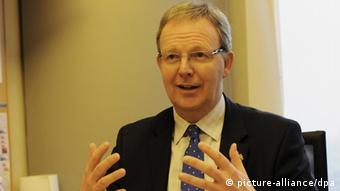 But instead of supporting people, the EU shuts down its borders with the help of Frontex; instead of easing the transition to EU states better able to cope, refugees - among them women and children - are sent on dangerous paths, Kopp says, adding that refugees are exploited and abused, and sometimes die. "That is sad and certainly a very, very painful domestic European human rights scandal."

The EU regularly appeals to northern member states to accept more refugees from crisis regions. Once every year, each individual EU nation can offer a voluntary commitment to admit a transfer of refugees. Germany pledged to take in 5,000 refugees from Syria this year. According to the UN, about 1.8 million people are fleeing the civil war in Syria.

For its part, the UNHCR has urged the EU to take in an extra 10,000 refugees should there be no political solution to the Syrian conflict. The situation in Syria has worsened dramatically because the borders to neighboring countries are no longer open, cutting off all escape routes, the agency says.

The Mediterranean island nation of Malta is the first destination for many refugees. Malta has been criticized by the EU for its efforts to keep the refugees out, but the rest of the EU may be part of the problem. (14.07.2013)

For years, the European Union has said it wants a common policy on asylum. So far, all attempts to create one have failed as a result of what members states see as their national interests. (10.01.2013)