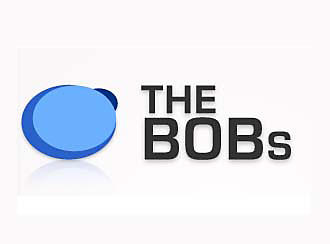 The blog "A Tunisian Girl" won the seventh annual Deutsche Welle Blog Awards: The BOBs, Deutsche Welle announced Tuesday (April 12). An international jury of blog and media experts awarded honors in six multilingual categories. The awards will be presented as part of the Deutsche Welle Global Media Forum on June 20, 2011 in Bonn, Germany.

Lina Ben Mhenni, a 27-year-old assistant professor at the University of Tunis, has blogged about repression and censorship in her country since 2007 - long before a popular uprising unseated former president Ben Ali. During the protests in December 2010 and January 2011 she traveled to places including Sidi Bouzid and Kasrine to document the repression and killings occurring there. She now keeps a careful watch on political developments in the new Tunisia on her blog (http://atunisiangirl.blogspot.com).

"The reactions to this year's competition show how prominently bloggers in countries with limited freedom of expression deal with issues of human rights," DW Program Director Christian Gramsch said. "They bravely make use of their fundamental right to share their views on everything from the details of their daily lives to major political upheaval – and they do it despite the great personal danger it puts them in."

Deutsche Welle reports on the debates occurring in the international blogosphere and presents them to readers and listeners around the world.

"The importance of blogs when it comes to freedom of expression and promoting a civil society can be clearly seen by event occurring in the Middle East and North Africa," Gramsch added. "The imprisonment of influential bloggers by repressive regimes can slow down progress toward individual freedoms but cannot stop it in the long term."

Social networks have been particularly important recently in promoting freedom of expression. For this reason, The BOBs introduced the category Best Social Activism Campaign.

The Facebook group "We Are Khaled Said" (www.facebook.com/ElShaheeed) won the jury's award in this category. Currently with more than 1 million members, the group emerged after the Egyptian man Khaled Said died as a result of police brutality and played a prominent role in the January protests at Tahrir Square.

In the Special Topic Human Rights category, the jury members decided to honor "Migrant Rights in the Middle East" (www.migrant-rights.org). The site from Bahrain addresses the plight of migrant workers looking for physical and domestic work in the Middle East to improve their lives and those of their families only to be treated like slave labor. The site calls for an end to this "new form of slavery".

The Best Video Channel award went to the "Iranian Stand With Fist" (www.youtube.com/user/standswithfist60). The jury said the artist makes use of a mix of seriousness and shock in the video critiques and analysis of life in Iran.

The award for the Best Use of Technology for Social Good went to the Russian website "Rospil" (http://rospil.info). The site's online community tracks public calls for tender and looks for irregularities that could indicate public authorities are trying to enrich themselves by abusing state funds. Internet users register especially expensive and short-term public calls for bids that are then followed by other users and passed on to prosecutors if deemed potentially illegal.

The 2011 Reporter Without Borders Prize went to the blog "Ciudad Juárez, en la sombra del narcotráfico" (http://juarezenlasombra.blogspot.com/) by Judith Torrea. She writes courageously – and publically – about the power of drug cartels and the northern Mexican city Juárez. The journalist tells victims' stories and uses her blog to describe the devastation caused by drug trafficking.

Internet users around the world suggested some 2,100 sites in 11 languages to the contest this year. The jury trimmed the list down to 187 finalists.

This year's 12-member jury included: Chinese blogger Isaac Mao, one of the Organizers of the Chinese Blogger Conference; as well as blogger Amira Al Husseini from Bahrain.

In addition to the jury's decisions, more than 90,000 ballots were cast in an online vote for the contest's 17 User Prizes – one in each of the six multilingual categories as well as one for the best blog in each of The BOBs 11 languages.

In the Best Blog / English category, Internet users chose "Rantings of a Sandmonkey" (www.sandmonkey.org/) as the winner. Mahmoud Salem promised at least once to give up his blog. And the world is a more well-informed place because he broke that promise. The activist blogger's witty and courageous writing has called for freedom and democracy in Egypt long before this year's uprising.

A list of all the User Prize winners can be seen online at:

Reporters Without Borders joined the BOBs again as a the competition's premium partner. Other media partners involved in this year’s BOBs are Global Voices, Clarin.com, Gooya News, Lenta.ru and Lainformacion.com.