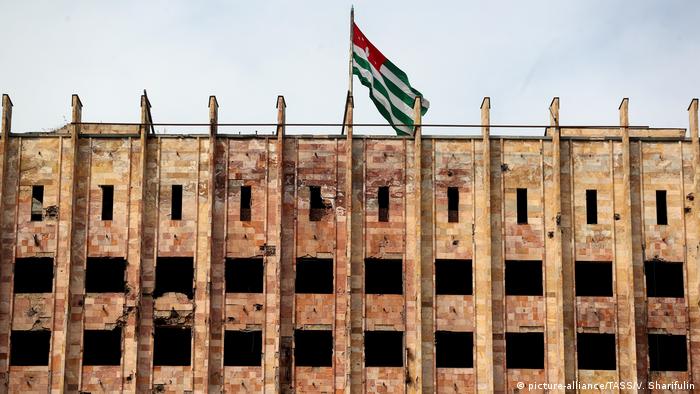 "A deal has been reached between the Syrian Arab Republic, the Republic of Abkhazia and the Republic of South Ossetia to exchange recognition and set up diplomatic ties at the embassy level," said a Syrian Foreign Ministry official in comments circulated by the state-run SANA news agency on Tuesday.

The move prompted the Georgian government to announce its decision to sever official ties with Syria, blaming Russia for orchestrating the diplomatic stunt.

"With this act, the Assad regime declared its support for Russia's military aggression against Georgia, the illegal occupation of Abkhazia and Tskhinvali [South Ossetia] regions and the ethnic cleansing that has been taking place for years," said a statement from the Georgian Foreign Ministry.

Following the collapse of the Soviet Union in the early 1990s, Abkhazia and South Ossetia were internationally recognized as part of Georgia. But in 2008, Russia waged war over the regions, deploying thousands of troops and recognizing them as independent states. 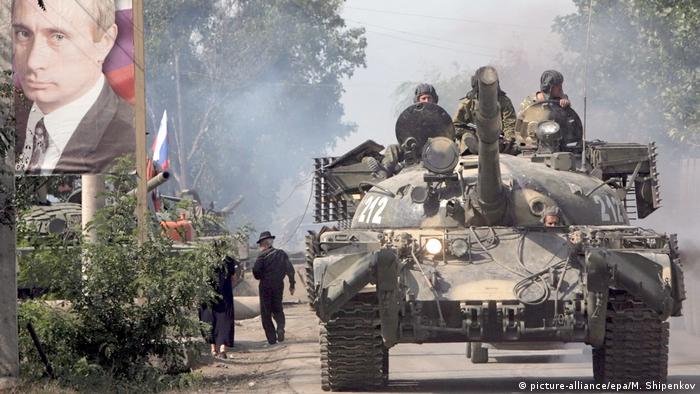 Russia sent in thousands of troops in 2008, many of which have remained in the regions

After the brief war, Nicaragua, Venezuela and Nauru recognized both regions as independent of Georgia. Although Syria has maintained close ties with Russia for decades, Moscow's involvement in the country's conflict in recent years has strengthened their bond.

Abkhazia and South Ossetia have historically been autonomous regions of Georgia, even during the Soviet Union. In the wake of the Cold War, separatists fought a war against Georgian forces, a conflict that displaced 250,000 people and killed more than 12,000 others.

Both the US and EU have refused to recognize the breakaway regions, saying they form part of Georgia's territorial integrity.

The controversial Crimean Bridge was finished six months early and links Russia's southern Krasnodar region with the Crimean city of Kerch. It's hoped the bridge will help reduce Crimea's reliance on sea transport. (15.05.2018)

Russia suffering under new US sanctions

Black Monday was followed by an even blacker Tuesday. Sparked by new US sanctions, Russia's stock market looks unlikely to recover from its crash anytime soon. What does it mean for everyday people? (11.04.2018)

Georgia's struggle with the Stalin myth

Georgians' attitude to Joseph Stalin is consistently contradictory. The row over the huge monument in his hometown of Gori, occupied by the Russians in 2008, has become an illustration of the national schizophrenia. (08.08.2013)