Georgia′s struggle with the Stalin myth | World | Breaking news and perspectives from around the globe | DW | 08.08.2013

Georgia's struggle with the Stalin myth

Georgians' attitude to Joseph Stalin is consistently contradictory. The row over the huge monument in his hometown of Gori, occupied by the Russians in 2008, has become an illustration of the national schizophrenia. 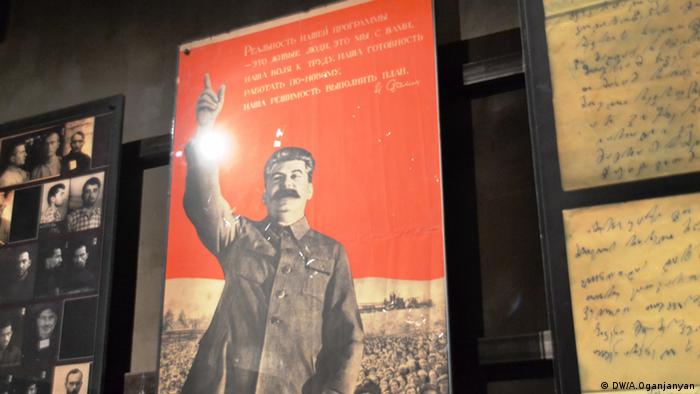 For some Georgians, the Stalin Museum in the center of Gori feels wrong. Genati, a tourist guide from the capital Tbilisi, doesn't like to go in. "I don't like it so much here," he says. "This place makes me feel creepy." And yet the museum is here, in the middle of this small country in the Caucasus, more or less exactly as it was conceived 62 years ago. Though it was initially called a history museum, few people would have doubted its true function, given that Joseph Stalin chose to locate it next to the humble brick house where he was born - now handsomely preserved and protected from the elements by a bombastic stone superstructure.

These days the museum appears little more than a large, slightly musty shrine. Stalin's life-story is told in organized chronological detail, with enlarged photographs, long captions, and an array of relics - scrawled teenage poetry, a suitcase the young revolutionary bandit used during his escapes from Siberian prison, pieces of furniture, and then state gifts from around the world following the end of World War Two. 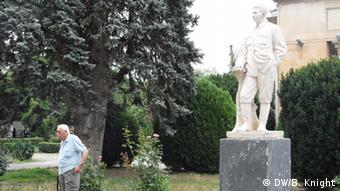 The exhibition culminates in a circular room containing only one item - one of Stalin's original death masks, placed on a raised plinth with a row of columns behind it. Entering the room is like being ushered into a vaguely supernatural presence. "I was scared of this building as a child, because of this mask," says Tamar, a 22-year-old art student from Gori. "But now for me this museum is just kitsch."

Given this antipathy, it seems odd that this museum is still here. President Mikhail Saakashvili's pro-Western government, which came to power in 2004, made some demonstrative attempts to "de-Stalinize" Gori. In 2010 a banner was hung on the museum, declaring it "a falsification of history. It is a typical example of Soviet propaganda and it attempts to legitimize the bloodiest regime in history." Plans were drawn up to turn the Stalin museum into a Stalinism museum, tempering the hagiography with exhibits about Stalin's victims - the millions killed in the purges, the gulags, and the famines during his three-decade reign. But the effort was half-hearted, and opposed by the museum's employees.

At around the same time, government cranes swept in overnight and removed an immense six-meter memorial to Stalin from outside Gori town hall. The cloak-and-dagger removal caused outrage among the inhabitants of Gori, 5,000 of whom were angry enough to sign a petition demanding its return. The regional parliament took their side, and voted in December 2012 to have the giant metal version of the original "man of steel" returned to the town. At the end of July this year, the federal government - now controlled by Saakashvili's opponents - fell into line, and the Georgian culture ministry announced that the memorial would be restored by December 21, Stalin's birthdate. 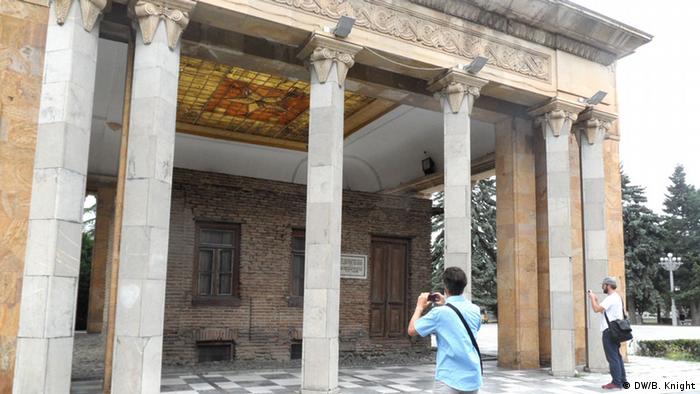 The affair of the Gori statue, and the confusion over the "renovation" of the museum, together illustrate the bizarrely schizophrenic attitude that modern Georgia has toward its most famous son. This was thoroughly analyzed by the Carnegie Endowment for International Peace in a report published in March this year, entitled "The Stalin Puzzle: Deciphering Post-Soviet Public Opinion." Covering several former Soviet nations, the survey concluded, "Some of the results are shocking. Perhaps the most worrying figures come from Stalin's homeland, Georgia. An extraordinary 45 percent of Georgians have positive attitudes toward the dictator, and 68 percent call him a 'wise leader.'"

That much can be confirmed on the streets of Gori. "He was a very famous person," one elderly lady wandering through the museum grounds told DW. "I don't like the politics now in Georgia." "Stalin was a second god for people, for me," a taxi driver added. "Because, for example, people who were very poor and couldn't get education were able to in socialist times." Asked about the purges and the many people Stalin killed, the taxi driver added merely, "It was necessary." 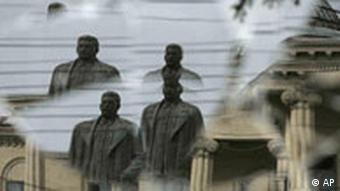 Warm and fuzzy about Stalin

"We obviously don't like it that there is still this warm and fuzzy feeling about Stalin in Georgia," said Thomas de Waal, senior analyst at the Carnegie Endowment and co-author of "The Stalin Puzzle." He points out that even Saakashvili's attempts at "de-Stalinization" were fairly superficial: "It's a bit of a stretch to call it a de-Stalinization program. It was just removing the symbols of Stalin, but not actually initiating any kind of public discussion about him."

The country's fraught relationship with Russia plays a large part in this. Even though Stalin made sure that the Soviet Union would subsume Georgia, for the people of Georgia the real enemy were the Russians. During Soviet times, Stalin was, in a sense, their man on the inside. Georgian analyst Lasha Bakradze summed it up neatly in the Carnegie report: "Georgians made a crude trade-off: the Russians 'have us where they want us,' but 'our boy has them.'"

The bombing of Gori

That tension feeds in to Georgian politics today. Five years ago, in August 2008, Russia bombed and briefly occupied Gori during a month-long war over the break-away province of South Ossetia. At least 60 Georgian civilians were killed, and dozens more injured. Human Rights Watch accused Russia of indiscriminately deploying cluster bombs in the city, a charge that Russia denied. 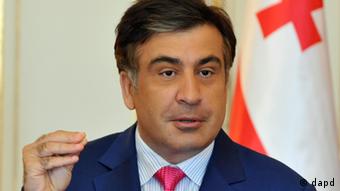 In the aftermath, the Saakashvili government promptly fitted these alleged atrocities into its own history of Russian aggression, adding information on the 2008 war to its "Museum of Soviet Occupation" in Tbilisi - the flipside of the Stalin museum in Gori, which offers a simplistic narrative about Russian colonialism. "The Saakashvili government did this in a rather superficial way, and they also twisted it to their own political agenda," says de Waal.

But all this, according to de Waal, had little effect on the power of the Stalin myth in Georgia. "I don't think the 2008 war really made a difference," he said. "After 1956, Stalin was no longer identified as a Soviet leader in the same way. It was possible to be anti-Soviet and pro-Stalin at the same time."

Georgia's presidential election is coming up in the fall, with Saakashvili facing a fight to hang on to what power he has left, following his party's defeat in last year's parliamentary elections. One thing he's probably learned by now - taking on the Stalin myth is still not a vote-winner.

Ivanishvili: 'We will not allow any political repression'

“In Georgia it is about restoring justice. We will by no means allow there to be political repression and selective justice,” Georgian Prime Minister Bidzina Ivanishvili said in an interview with Deutsche Welle. (02.07.2013)

Georgian Prime Minister: 'It is all about restoring justice'

Georgian Prime Minister Bidsina Ivanishvili rejects allegations of political persecution. Before the country's presidential election, he speaks to DW about his retirement from politics, relations with Russia and NATO. (02.07.2013)

The Russian president has achieved a lot since his forces invaded Ukraine, says DW's Miodrag Soric. It's just that it was the opposite of what he wanted.