Despite its debt crises, the EU remains attractive in the Balkans, with all countries seeking accession. Iceland and Turkey, in contrast, question whether they should enter, while Great Britain considers leaving. 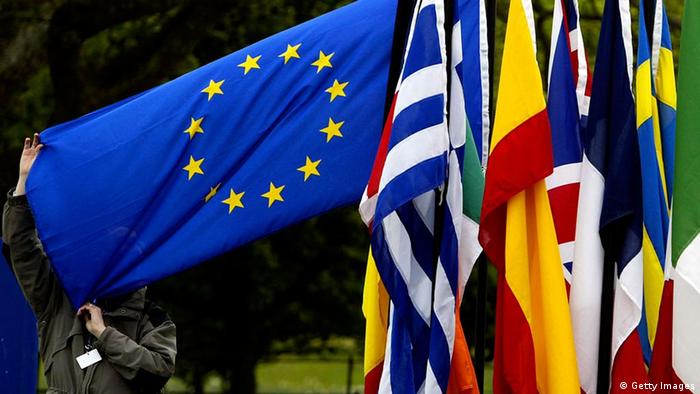 There are many hurdles along the way for those desiring membership in the European Union. For example, both Serbia and Kosovo, which declared independence from Serbia, want to join the club, but they are blocking one another's paths. An attempt by the EU to mediate in the dispute over Kosovo's status failed last week after many intensive rounds of negotiations. EU foreign affairs chief Catherine Ashton, who is currently visiting the Balkan region, has acted as a negotiator. A final attempt will be made on Wednesday (17.04.2013) with a summit to be held in Brussels. 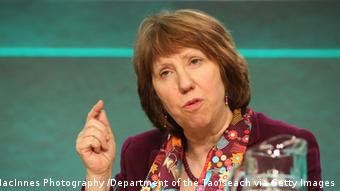 Lady Ashton has a tough task as negotiator in the Balkans

Serbia has been an official candidate for EU membership since 2012, but Brussels has not yet named a concrete date for accession negotiations to begin, keeping that offer as a kind of bargaining chip while negotiation talks between Kosovo and Serbia take place.

Before Serbia can begin formal accession talks and Kosovo can make further progress toward candidate status, both states must come to agreement as to how the Serbian minority in the north of otherwise largely Albanian Kosovo should be treated, administered and protected.

Kosovo, a former Serbian province in which around 6,000 NATO soldiers still manage security, remains well behind Serbia in the race to accession. Problems stem from the fact that Kosovo is not recognized by all EU member states, which makes formal talks impossible for the time being. Nevertheless, Füle is trying to bring Kosovo closer to EU standards wherever possible. There's still much to do on the issues of legal stability and fighting organized crime in Kosovo, according to European Commission reports. 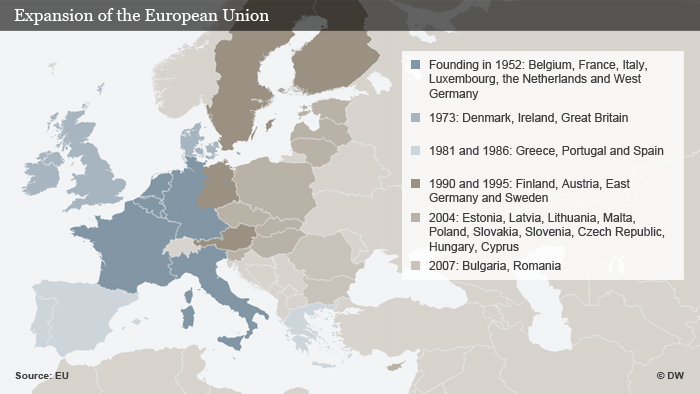 Another small state, Montenegro, declared independence from Serbia in 2006 and has had candidate status since 2010. Formal accession talks have begun and are picking up steam as new areas of the negotiations open up. During her trip to the Balkans, Ashton praised Montenegro as a model for other states in the region, adding that she is certain Montenegro will fulfill the EU's expectations and introduce necessary reforms.

Another former Yugoslav republic, Macedonia, meanwhile, has been waiting for an official start to accession negotiations ever since it was awarded candidate status in 2005. It's fulfilled almost all the required conditions, but an outstanding dispute with Greece has yet to be resolved. Greece lays claim to the name "Macedonia" for its northernmost province, and won't let anyone else use it. 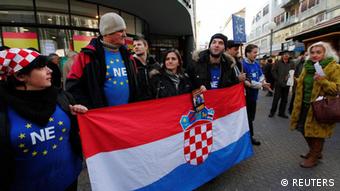 Croatia, in the western Balkans, has cleared all of the hurdles and will become the 28th member of the European Union on July 1, 2013. The European Commission confirmed again in March 2013 that Serbia's former wartime enemy has fulfilled all conditions. Croatia's membership is currently being formally ratified by a few remaining EU member state parliaments. Croatia applied for membership in 2003, so the whole process will have taken a decade in total.

The first former Yugoslav republic to enter the EU was Slovenia in 2004, after the country set aside its border disputes with Croatia as part of the entry negotiations. The EU has already guaranteed all western Balkan states membership, provided they meet the criteria for accession.

Bosnia and Albania in line

Bosniahas not yet applied for EU membership. The country is considered too unstable for formal negotiations to take place, given that former warring factions have yet to reach reconciliation with one another. In 2008, it signed a stabilization agreement with the EU, with the aim of bringing Bosnia nearer to EU standards and paving the way for potential future membership. Currently, Bosnia is preparing to make its formal request for admission into the union.

Albaniamade its request in 2009. The European Commission assured Albania in October 2012 that it would receive candidate status after further reforms to its judiciary.

Uncertainty in Iceland and Turkey

Beyond the Balkans, there are two countries in the accession process: Iceland and Turkey. Following its bankruptcy during the first wave of the financial crisis in 2008, Iceland initially made rapid progress towards EU accession. However, the island state in the northern Atlantic has suspended negotiations until elections which are due at the end of April 2013, since there is now a clear majority of its 300,000 citizens who reject EU membership. Many Icelanders fear Brussels will restrict their fishing activity, and, now that their economy is improving, some of the incentive to join has dissipated. 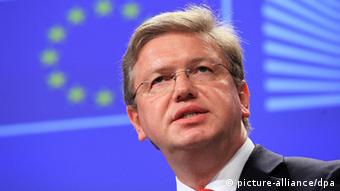 Commissioner Füle is responsible for all the accession negotiations

Turkey has been sitting at the negotiation table longer than any other candidates. The country handed in its application to Brussels back in 1987, was awarded candidate status in 1999 and has been in informal talks with the EU since 2005. Due to the fact that a number of EU governments, notably France and Germany, are strongly against Turkey joining the bloc, the negotiations are being described as "having an open outcome." It will probably only be at the end of the decade that it will be decided whether accession could be possible.

In any case, talks have stalled since 2006, because Turkey does not recognize Cyprus, which is already an EU member state, and troops are occupying the northern part of Cyprus. In Turkey itself, there is less and less support for pursuing the European course. However, Turkish President Abdullah Gul said after the severe banking crisis in Cyprus that the island's economic collapse would offer a chance to get beyond its division.

"There's a new climate for further steps to be taken," he said during a visit in Lithuania.

Other potential candidates are the Eastern European states, which are linked to the EU via the "Eastern Partnership." Ukraine, Georgia and Moldova have expressed some interest in EU membership, though they have little chance of joining the union in the foreseeable future. Armenia and Azerbaijan are linked to the EU via economic ties. In Belarus, the presence of dictator Alexander Lukaschenko means that relations between the EU and Minsk are strained, and there is no prospect of membership.

Newcomer states are nothing new

The European Union is familiar with accession, because 21 of the current 27 members only joined the union after its formation in 1957. Finland has the record for the fastest application process: it signaled its desire to join the bloc in 1992 and became a member just three years later.

The former East Germany experienced probably the most unusual entry to the EU - it became a member overnight when the German Democratic Republic was unified with West Germany on October 1, 1990. There were no formal talks, but the German government managed to convince skeptical states such as the UK by making financial guarantees. 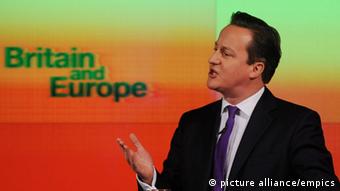 Cameron asks: Do we want in or out?

If Great Britain's Conservative Prime Minister David Cameron gets his way, then the country will vote on whether to remain in the European Union by 2017. In January 2013, Cameron announced plans for a referendum in what is a traditionally rather euroskeptic nation. The British government seeks wide-ranging reforms in the EU, including the return of certain responsibilities currently held by Brussels to member states. It's time, Cameron says, to put a simple question to the British people: Do they want in or out - to stay in a reformed EU or to head out altogether?

To date, the European Union has experienced only one exit, and that was only half an exit. In 1985, Greenland, which had been part of Denmark, left what was then called the European Community, after Denmark awarded it wide-ranging autonomy in 1979.

When Croatia joins the EU on July 1, there will be uncleared minefields on European soil. Some 680 square kilometers are filled with mines from the war in the early 1990s. The task of clearing them is a brutal one. (04.04.2013)

Russians warm to the EU

Russians have a more positive view of the EU and its primary goals than six months ago. A DW Trend report shows citizens of the Russian Federation looking to the West. (21.12.2012)