Georgian Prime Minister: ′It is all about restoring justice′ | Europe | News and current affairs from around the continent | DW | 02.07.2013

Georgian Prime Minister: 'It is all about restoring justice'

Georgian Prime Minister Bidsina Ivanishvili rejects allegations of political persecution. Before the country's presidential election, he speaks to DW about his retirement from politics, relations with Russia and NATO. 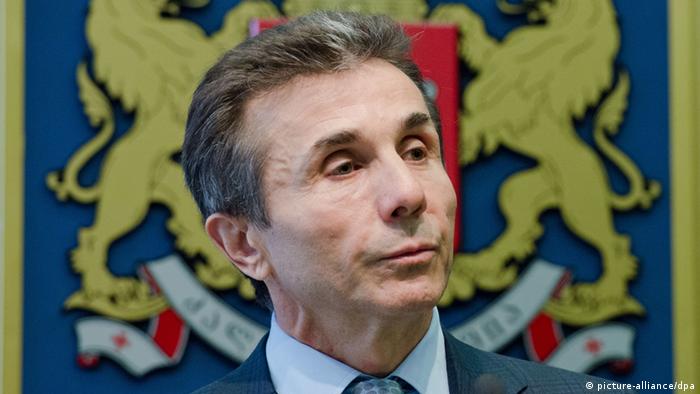 DW: On October 31, 2013 Georgia will vote for a new president. The ruling party, "Georgian Dream," has put Georgi Margwelaschwili forward as their leading candidate. Why not you?

Bidsina Iwanischvili: After the vote I plan to leave politics. And there is another reason; the office of the Prime Minister is constitutionally more important than that of the president.

Ex-Prime Minister Wano Merabischwili is currently being held in custody on charges of corruption. He's the general secretary of President Michail Saakaschwili's party and was a strong presidential candidate. Critics say that under your government prosecutions became a method of undermining your political oponents. Is that true?

The question is justified. When a prime minister is arrested it inevitably raises questions. Merabischwili is not the only powerful politician in the opposition. I believe his party is no serious competition for us. It is wrong then to say, that we would go ahead and arrest our opposition. In Georgia it is about restoring justice. We will by no means allow there to be political repression and selective justice.

At the beginning of your presidency, you said, cooperation with Mikhail Saakaachwili and his party was necessary. That obviously didn't work. How do you view that?

I can't say that the cooperation succeeded, but that wasn't our fault. I will not hide the fact that I have a very complicated relationship with Saakaschwili. After taking office, we were very close. That lasted for two and a half years. I helped him and the country. Since then he's shown his true colors, the essence of a true dictator, I have no desire to be in contact with him.

At the 2012 parliamentary election you promised to try and improve strained relations with Russia. Can diplomatic relations be restored before the 2014 Winter Olympic Games in Sochi?

Probably not. For this you need time and the right conditions. But an improvement in Russian-Georgian relations is certainly possible. Some positive changes are already taking place. Economic relations have practically recovered. We are working on resuming regular flights between Moscow and Tbilisi. There are ongoing negotiations on visa facilitation and even the abolition of visas. But one thing is problematic, for example, the construction of barriers at the borders with Abkhazia and South Ossetia.

Russia and these breakaway regions are not ready to restore Georgia's territorial unity. What compromises are possible?

I don't know what we could possibly still give and what could still be asked of us.I believe Abkhazia and South Ossetia have to decide for themselves. We [Georgia] have to build a country that would be appealing to Abkhazians and South Ossetians. We shouldn't fight over land, but for the people. They should feel a desire to live amongst us. This is crucial. There is no other way, except cordial relations and further negotiations.

Georgia wants to join NATO. Is it realistic that your country, in its current state, without Abkhazia and South Ossetia, could join the alliance?

That is a very complicated question. Good relations with Russia and NATO are hard to reconcile. But there are countries which have succeeded – the Baltic States, Poland and the Czech Republic for example. Georgia has it a little bit harder. Saakashvili has long provoked Russia about Georgia joining NATO. But NATO membership is not my desire, our policy is though that it must be the people's choice. Whether joining NATO in our current state is possible, or not, I have no definite answer. Much depends on developments within Russia. But sooner or later it will happen.

Bidsina Iwanischvili is Prime Minister of the former Soviet Republic of Georgia, a post he has held since October 2012. The 57-year-old businessman made his fortune as a banker in Russia. In 2011 he entered politics and founded the opposition movement "Georgian Dream."

Since the fourth century AD, Georgians have proudly nurtured their brand of Orthodox Christianity. But it hasn’t always been easy. Now young Georgians want to reconnect with their rich religious past. (04.12.2012)