Caucasus history almost repeats itself in Crimea | World | Breaking news and perspectives from around the globe | DW | 08.03.2014

Crimea has drawn frequent comparison with South Ossetia and Abkhazia. Even though the parallels between the two are far from simple, decision-makers could still learn from looking at Russia's behavior in Georgia. 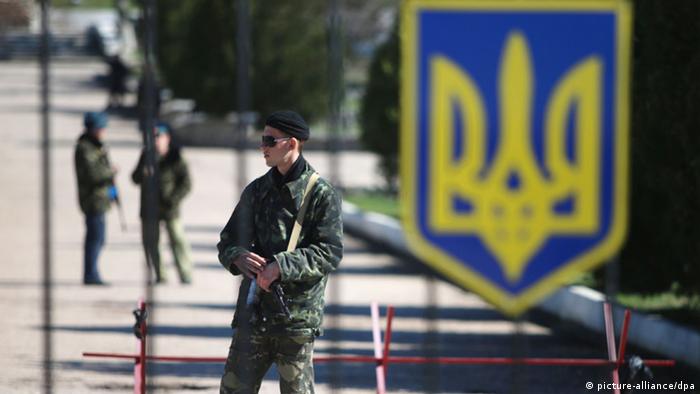 The Caucasian breakaway territories had a measure of independence even before the war in 2008, while Crimea is an autonomous republic with a degree of self-determination. Both the Caucasus provinces and Crimea also have pro-Russian populations that preferred closer ties to Moscow than their respective capitals. But despite some similarities, the picture is more nuanced.

Though Crimea is 58 percent ethnic Russian, 24 percent Ukrainian, and 12 percent Crimean Tatar, the situation on the peninsula is hardly comparable to South Ossetia and Abkhazia, where the escalation was based on a history of violence.

There had been several violent conflicts in the region in the 1990s, with ethnic Georgians clashing with Ossetians and Abkhazians. South Ossetia declared de facto independence in 1991, Abkhazia did so in 1999.

Russia as a protector

The historical context is impossible to ignore, according to Jonathan Cohen, Programme Director at the peace-building NGO Conciliation Resources. He said South Ossetians and Abkhazians saw Georgia as a threat and were reaching out for Russian protection.

"They were looking for security from elsewhere," Cohen said. "Russian security was something that they welcomed. The legacy of violence on that scale is a very different context from Crimea." 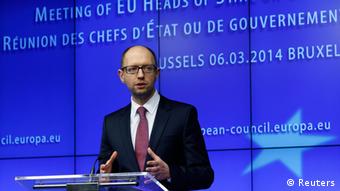 While South Ossetians and Abkhazians had a historical basis for mistrusting Georgia, there is less of a precedent for the ethnic Russian majority in Crimea to fear the Ukrainian government. Some in Crimea, however, have said they are concerned about the variety of forces making up the interim government in Kyiv, including some "anti-Russian" elements, Cohen pointed out.

Still, according to Uilleam Blacker, a Ukraine expert at the University of Oxford, "There's absolutely no evidence that Russians or Russian-speakers are at risk from anything at all in any area of Ukraine at the moment." Instead, he said fears among the pro-Russian sector in Crimea are being heavily stoked by "Russian media propaganda."

In both Georgia's South Ossetia and Abkhazia and Ukraine's Crimea, Russia's tactic has been to stir up separatist tensions in order to justify political and military meddling.

"Russia is very good at exploiting fault lines and seizing opportunities,"Cohen said. "It operated very quickly to do this [in Ukraine]. And I think there was a lack of foresight in EU policy towards what was happening in Ukraine over a long period of time."

In the case of South Ossetia and Abkhazia, too, Russia was simply faster to pick up on a local source of tension and exploit it in order to split off the territories from Georgia. As Soviet passports expired in the 1990s, Russian authorities made it easy for people in South Ossetia and Abkhazia to get Russian documents, rather than the Georgian ones they rejected for political reasons. Then in 2008, Moscow declared its citizens to be under attack. The fact that, in the West, "No serious consideration was given to whether or not neutral travel documents could be given to the Abkhaz or South Ossetians," was a lost opportunity to defuse tensions in Georgia, according to Cohen. 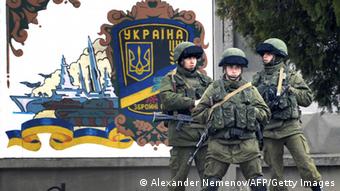 "It's really an established pattern already of Russian foreign policy - the practice of encouraging people to take up Russian passports, which then gives Russia the excuse of protecting its own citizens," Blacker told DW.

Though there have been reports of some so-called "passportization" in Crimea as well, in this case Russia has invoked ethnicity as a justification for protecting its citizens from what Russian President Vladimir Putin called an "unconstitutional coup" carried out by the interim government in Kyiv.

"Russia still considers those who are ethnic Russians to be their responsibility, even though they aren't citizens of Russia," said Blacker.

Many of Russia's actions in both Georgia and Ukraine can also be attributed to a fear of having NATO members too close for comfort.

"Questions of whether Ukraine should become a NATO member are very deeply ingrained in what has happened," Cohen said, adding that NATO's relationship with Ukraine over the past years, when it attempted to extend membership to the country "constantly created a tension and played on Russia's fear - which is a legitimate fear - of NATO being on its doorstep."

Ukraine may well have recognized that negotiations with NATO could threaten Russia: on March 5, there were reports that Ukraine's parliament is poised to restart debate about joining NATO, a process which had been ongoing until Viktor Yanukovych's election as president in 2010, when Yanukovych was "elected on a ticket not to join NATO," as Cohen points out.

Georgia, too, was firmly on the path to NATO membership before 2008, and it was the Georgian attack on South Ossetia which seemingly put the final nail in the coffin of its NATO prospects. Blacker even said Russia has used "South Ossetia and Abkhazia as a kind of bargaining tool to stop [Georgia] joining NATO."

"What Russia is doing now among other things is sending a clear sign that Ukraine cannot become part of NATO because it's part of Russia's sphere of influence," Blacker said. 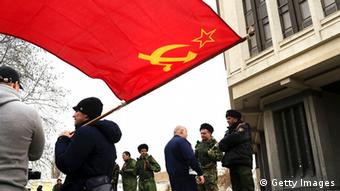 Blacker added that by trying to split off regions with separatist tendencies from their mainland "ultimately what Russia is trying to do is destabilize the countries around it and weaken them - and make them easier to dominate."

After the 2008 war, the Caucasian breakaway provinces South Ossetia and Abkhazia have been left isolated, unrecognized by most of the international community and highly dependent on Russia. Events in Crimea have been seemingly developing at lightening speed in the past few weeks and the Crimean parliament has now brought a referendum on whether the peninsula should become part of the Russian Federation forward to March 16.

Cohen explained: "One of the things that policymakers need to reflect on now is that decisions that are being taken today will haunt subsequent generations if they are not taken in a sober, moderated way."

"The lesson for Ukraine is that it's critically important not to underestimate the complexity of the situation. And not to see it in black and white terms," he said.

But looking back can only help so much. Despite intimate familiarity with the ins and outs of Russian policy, Blacker admitted the Russian occupation of Crimea took him by surprise.

"I didn't think that Putin would go that far," he said. "I think it's quite hard to predict what he's going to do next."

Ukraine’s interior minister has said the Russian military are blocking an airport in Crimea’s Sevastopol calling it an "armed invasion." Unidentified armed men have also been seen patrolling the Simferopol airport. (28.02.2014)

As pro-Russian and pro-Western protesters clash in the streets of the Crimean capital, Russia seems poised to intervene to show its influence in the region. But many of the tensions in Crimea are hardly new. (28.02.2014)

Ukraine's government has demanded Russia withdraw its troops from Crimea, and has called in its reservists. But the new government's room for action is limited. (02.03.2014)