Ukraine's government has demanded Russia withdraw its troops from Crimea, and has called in its reservists. But the new government's room for action is limited. 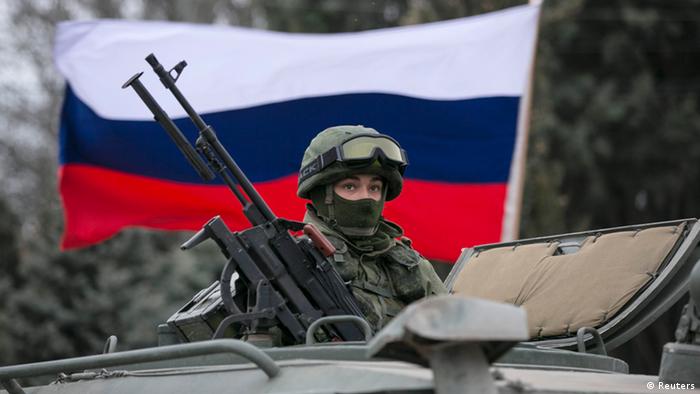 After the Russian parliament approved the deployment of more soldiers to the Crimean peninsula, Andriy Parubiy, secretary of Ukraine's National Security and Defense Council, announced Sunday (02.03.2014) that the Ukrainian defense ministry had orders to assemble all soldiers. The new Ukrainian government in Kyiv had already alerted the army on Friday. Since then, Russian forces have effectively occupied the Crimean peninsula.

According to Kyryl Savin, director of the Heinrich Böll Foundation in Kyiv, Ukraine's military mobilization is an attempt to show Russia and the world that Ukraine will not stand by and do nothing while Russia violates its sovereignty. "But I think it's more of a symbolic gesture," Savin said. If, however, Russian troops were also to invade southeast Ukraine, that could change quickly. "I'm pretty sure that this would result in military as well as civil resistance." 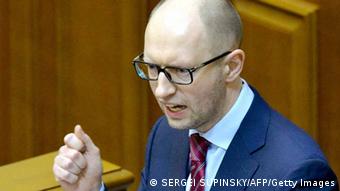 Ukraine's interim head of government, Arseniy Yatsenyuk, has said his country was on "red alert." He called the Russian parliament's approval of President Vladimir Putin's request to send troops to Crimea "a declaration of war on my country."

"If Putin wants to be the president who started a war between two neighboring and friendly countries, Ukraine and Russia, he's reached this target within a few inches," Yatsenyuk said. "We're on the brink of disaster."

Chances against Russia are slim

Experts agree that Ukraine's military doesn't stand much of a chance against Russia. It's also unclear whether the political leaders in Kyiv still have full authority over the Ukrainian army throughout the country. According to Russian media reports, many Ukrainian soldiers have defected to the Russian army.

Furthermore, the new Ukrainian leadership has the problem that some important positions in the administration are still held by people who support the pro-Russian position of the deposed president, Viktor Yanukovych. "These people aren't openly opposing the new leaders in Kyiv, but they're sabotaging their decisions," Kyryl Savin explains. 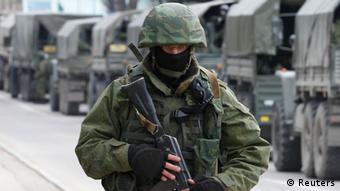 The new Crimean government wants to give people there the chance to decide on the peninsula's autonomous status in a referendum on March 30. In the most extreme case, this could lead to secession from Ukraine.

The majority of the Crimean population are ethnically Russian, and many people living there are getting their information from Russian media. "Russian media outlets are agitating against the current government in Kyiv and are whipping up panic," Felix Schimansky-Geier, a German political scientist at the National University of Kyiv's Mohyla Academy, told DW. "The people are being influenced by this."

A controversial language law, which had aimed to abolish Russian as the second official language in Ukraine, has now been scrapped. The Russian-speaking population would have seen it as a provocation, which is why the EU was in favor of keeping the current language laws.

When it comes to coercing Russia into keeping its armed forces out of Ukraine, Europe's options are fairly limited. Various sanctions have been proposed, but imposing them would be difficult. (03.03.2014)

Russian President Putin has agreed to a proposal from the German chancellor to form a "fact-finding" mission to calm tensions with Ukraine. The move follows Western outcry over his deployment of troops to Crimea. (02.03.2014)