Syria and Yemen - gaping wounds in the Middle East

Another year has passed and again Syrians and Yemenis have been killed in bloody wars. There is no end in sight. But 2016 has shown at least one thing: The road to peace leads through Moscow. 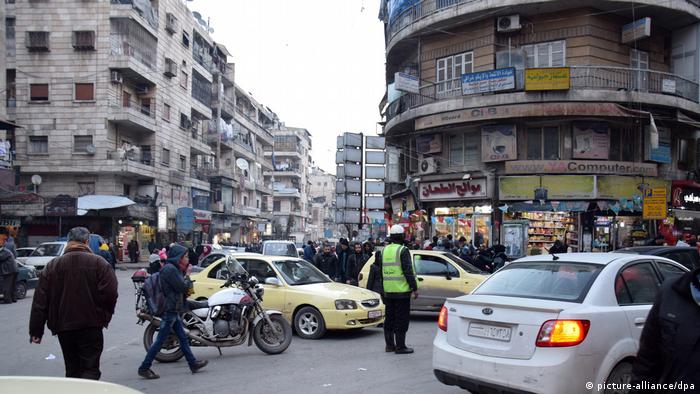 In recent months, Syrian and Russian warplanes have almost leveled eastern Aleppo, the enclave held by rebel forces. More and more people have been killed. Many were attacked by surprise in their sleep. For days, their dead bodies lay buried under rubble in the cold streets because the graveyards were full.

But what now? The Syrian flag has been hoisted over the city once again. This is not because diplomats have succeeded in achieving a political solution for war-torn Syria at the numerous peace negotiations in Geneva in 2016. And it is not because the members of the UN Security Council have been able to agree on a resolution, nor is it because one of the agreed ceasefires has lasted.

No, Syrian President Bashar al-Assad and his allies, Russia and Iran, have used full force to bring the different rebel groups to their knees through air raids and a strategy of besiegement. In doing this, they fought and starved rebels and civilians alike. "Russia and Iran do not differentiate in this matter," says Guido Steinberg, Middle-East expert of the German Institute for International and Security Affairs (SWP) in Berlin.

Aleppo a symbol for this war

Aleppo has become a symbol of the war in Syria, which has now lasted for almost six years. The town has been divided almost since the start of the fighting - the troops of the Assad regime controlling western Aleppo and rebel groups, consisting of moderates, Islamists, and terrorist fighters controlling eastern Aleppo. 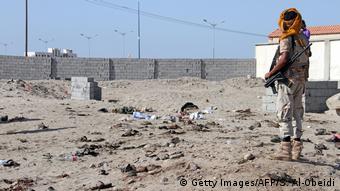 Yemen continues to be bombed by Saudi Arabia

The city is also a perfect example of the weakness of the West's policies - first and foremost, the United States and its allies did not consistently support the moderate rebel groups. "The victory is a huge success for the Syrian regime and its allies, Russia and Iran," says Günter Meyer of the Center for Research on the Arab World (CERAW) in Mainz. However, this does not mean that the proxy war is now over. It is a war in which, apart from Iran and Russia, Turkey, Saudi Arabia, and a US-led coalition against the terrorist militia, the so-called "Islamic State" (IS) are involved.

"In the future, the center of hostilities will move to Idlib," says Meyer. Thousands of rebels from eastern Aleppo have been taken to Idlib province in the northwest of the country, one of the last rebel strongholds in Syria. Meyer is convinced that the regime is going to reconquer this area by using the same strategy they used in Aleppo - starving out the region. But this is only going to work if Syria continues to receive support. "The Syrian state's fundamental problem is its lack of personnel," says Steinberg. "This deficit is currently being filled by forces from Russia and Iran, and by additional militias from Iraq, Lebanon and Afghanistan."

IS' surprising recapture of the ancient city of Palmyra has shown how fragile President Assad's army actually is. Palmyra had been under the control of government troops intermittently. "Due to massive external support, the Syrian regime has managed to secure its core territory, but no more than that," Volker Schwenck, Cairo correspondent for German public broadcaster ARD, told DW.

Since Russia became involved, after launching air raids in September 2015, and after Iran sent thousands of troops and military equipment, Assad has been put in a position of strength. "The Russians are prepared to go a long way," says Steinberg. "It has become apparent in 2016 that the Russians are determined to keep Assad in power. This won't change in 2017."

Even though Assad geographically controls only one-third of the country, he controls the urban areas with about two-thirds of the population. This is also where most of the economic infrastructure of the country is situated, to the extent it has not been destroyed. And this is where he is able to access the Mediterranean.

IS here to stay

"There will continue to be areas where new conflicts will flare up," says ARD's Schwenck. Examples are the Kurdish region in the north and northeast of Syria and areas that are currently controlled by IS. According to the British think tank IHS, the area of the self-proclaimed caliphate was reduced from around 90,800 square kilometers (56,400 square miles) in 2015, to 68,300 by the autumn of 2016.

Schwenck believes that the attacks on the Syrian town of Raqqa, the so-called capital of IS, and the attacks on Mosul in Iraq, the most important and most populous stronghold of IS, are a clear indication that the end of the caliphate is only a matter of time.

IS' territorial losses, however, does not mean the end of this terrorist movement. Schwenck believes that IS fighters will retreat to the Sunni heartlands and that they will continue to be active as an underground movement.

According to Steinberg, they have broadened their front in recent months by "increasingly launching attacks in Europe and by forming regional offshoots in Libya and Egypt. This leads to a wider global presence."

Steinberg is convinced that a variety of insurgents will overrun the country with terrorist attacks, and that they will continue to be a force to be reckoned with. How strong they will prove to be will depend on the intensity with which Turkey, the US, and Saudi Arabia continue to support these diverse rebel groups. 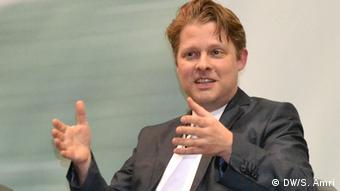 Steinberg believes IS will broaden its front in 2017

War in the poorest Arab country

Saudi Arabia is engaged in a second proxy war in the region. Riyadh is actively fighting in Yemen, in a conflict that arose in 2011 as a mass protest, part of the general uprising in the Arab world. The support that the Houthi ethnic group - a Shiite subgroup - has received from Iran has been perceived as reason enough for Saudi Arabia to declare the conflict in Yemen as an attack by Iran against Saudi interests.

The Houthis expelled Abd Rabbo Mansour Hadi's government from the capital, Sana'a, in 2014. In March of the following year, the Saudi-led, US-backed aerial war against the Houthis began.

It was supposed to be a short war, but it has turned into one with no foreseeable end, and has been a tragedy for people in Yemen, the poorest Arab country. Thousands of people have been killed in the conflict, and 21 million of the almost 26 million Yemenis are dependent on emergency aid. When truce negotiations failed in August 2016, Saudi bomber aircraft destroyed the main bridge in the harbor of Houdeidah. This was the main route for aid transport into Sana'a.

According to UNICEF, a child dies of malnutrition every 10 minutes in Yemen. "The hunger crisis in Yemen is also a result of the economic crisis. There is food, but the people simply cannot afford it anymore," says Schwenck, who recently visited Yemen. "The war is worsening the situation," and people in Yemen have given up all hope of peace, he adds. The power vacuum that has been created also offers IS new areas of activity, while al Qaeda has already been active in Yemen for a long time.

The war is costing Saudi Arabia a fortune, despite Riyadh receiving financial and military support from Washington. The US felt obliged to placate the Saudi royal family after it signed a nuclear treaty with Iran, Saudi Arabia's archenemy. Egypt however, has refused Saudi Arabia's invitations to join Yemen's war on Riyadh's side.

This is one of the reasons why the friendship between the two countries has suffered. Iran is still fighting on the side of the Houthis and Saudi Arabia is running out of targets. They have already bombed everything. The war cannot be won from the air, says Schwenck. It could well end with a ceasefire in the new year considering the futility of this conflict, suspects CERAW's Günter Meyer. A truce for Syria, however, is not in sight, and peace not at all.

What the Arab media thinks about Russia's actions in Syria

Russia's military intervention in Syria is being widely discussed among Arab media outlets. Many warn of the possible consequences of Putin's plans. These, it is said, may soon be felt far beyond Syria's borders. (09.10.2015)

André Bank: 'The final nails in the coffin of Geneva'

With the help of airstrikes by Russia, President Bashar al-Assad's regime could soon take Aleppo. Capturing one of Syria's largest cities would be a turning point in the civil war, Middle East expert André Bank says. (09.02.2016)