What the Arab media thinks about Russia′s actions in Syria | Middle East | News and analysis of events in the Arab world | DW | 08.10.2015

What the Arab media thinks about Russia's actions in Syria

Russia's military intervention in Syria is being widely discussed among Arab media outlets. Many warn of the possible consequences of Putin's plans. These, it is said, may soon be felt far beyond Syria's borders. 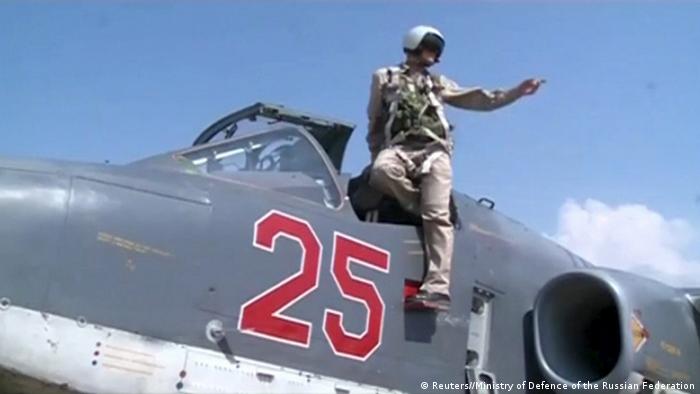 Planes, missiles from the Caspian Sea, and the promise of battle-ready ground troops: Russia is supporting Bashar al-Assad's Syrian regime with everything it has.

Will it bring peace anytime soon? One shouldn't count on it. And according to the Saudi-owned news channel "Al-Arabiya," the opposite may well happen: It says Russia may have bitten off more than it can chew. "Regardless of calls for jihad, Russia will lose in Syria - just like Hezbollah and Iran have."

The station continued by saying that the scale of the intervention would not change the outcome: "The Russians are trying to save a regime that is on the brink of collapse."

Even if Assad were to survive politically, the London-based newspaper "Al Hayat" - which is also Saudi-owned - says it is an open question as to how things might evolve for Russia. The newspaper is doubtful that the situation will take a turn for the better. That is also why the paper puts no creed into Russian claims: "The Russians profess that they don't want to let Syria become another Libya - as if the situation in Syria is one bit better than it is in Libya."

The Qatari-owned, London-based online news site "Al-Araby Al-Jadeed" doesn't expect the situation to improve any time soon either. They reminded their readers of the Second Chechen War in which Vladimir Putin all but "decimated" the residents of the city of Grosny. "And today, Putin is displaying that same attitude in Syria."

They say this mentality will not only destroy Syria, but that its consequences will reach much further: "With this intervention, Russia will not only draw the ire of the Syrians, who will see Russia as an enemy from now on; the Arab and Islamic worlds will also turn on Russia - just like they did during the Soviet-Afghan War." 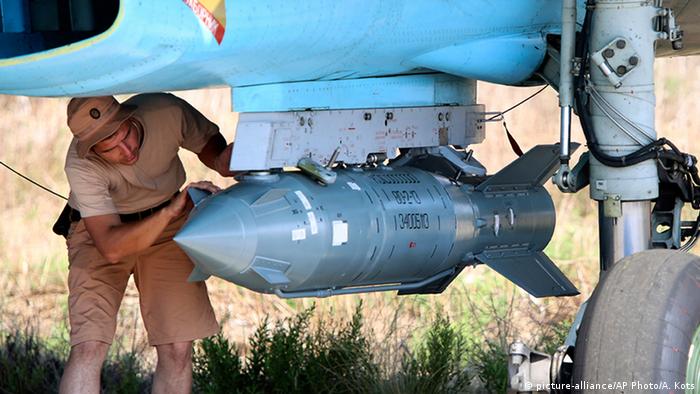 A Russian fighter jet in Syria.

"Al-Araby Al-Jadeed" says that through its intervention, Russia has also robbed itself of any potential role as a mediator. "No matter, there will be no more mediation, because with this intervention Russia has buried the Geneva II peace conference."

The Saudi-owned, London-based newspaper "Asharq Al-Awsat" is also convinced that Russia has only succeeded in making the situation in Syria more complicated than it already was. And says the intervention is "completely devoid of any convincing understanding."

The paper writes that the rest of the world is not helpless though, and suggests the establishment of no-fly zones. Above all, the paper considers this a responsibility of the USA: "That would be the least that the USA - until recently, the most important superpower in the world - could do. That would also help save what is left of America's image in the world after its terrible passivity on Syria."

The danger of a regional proxy war

The London-based independent newspaper "Al-Quds Al-Arabi" suggests that the USA should become more involved, because Iraq is seeking closer ties to Russia. It warns, however, that the situation could then become even more complicated, pointing to the threat of the conflict growing ever larger. The paper fears that beyond Syria, the USA and Russia could become entangled with each other in other countries, such as Yemen. Therefore, it sees the involvement of the two military heavyweights as anything but positive: "The presence of America and Russia will bring more worries to the region - even if they will only marginally influence its future. In any case, they will make finding a solution more difficult."

"Al Hayat" writes that Russia represents the principal threat. It sees this as even more alarming in light of the fact that Russia has so few political options at its disposal: "Russia is either aware of the risks tied to the strategy of chaining itself to one man and sacrificing an entire country; or it will one day realize that is sitting in a trap of its own making - namely in the middle of a civil war and in a direct conflict with jihadis, just like it was in Afghanistan."

The Kuwaiti newspaper "Al-Watan" is convinced that, more than anything else, the war is about the denominational character of Syria. Mainly because the country is increasingly under the influence of Iran, Russia's most important ally in the region. "Al-Watan" fears that in this way, Shia Islam will spread in the predominantly Sunni country. "Therefore one shouldn't be surprised when the demographic and denominational structure of the country lines up with the expectations of the new colonial power, Iran." 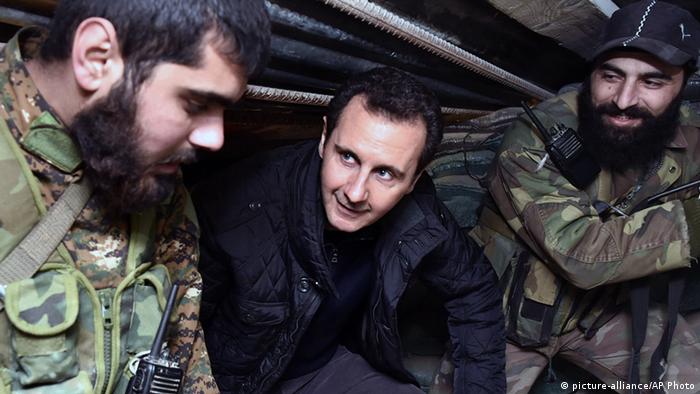 Rump state on the Mediterranean

"Al-Monitor," an American owned online magazine that deals extensively with political developments in the Middle East, is doubtful that things will turn out that way. It no longer sees Syria as an intact state, saying that it has been irreparably fragmented. "Putin is trying to save an Alawi Muslim ministate on the Mediterranean Sea, not the whole country. Latakia and Tartus are Putin's priorities. The Alawistan he envisions will be an enclave with links to Damascus and Aleppo but isolated from the rest of Syria." Yet, there would be no way around bringing in ground troops to defend even that small rump. And Saudi Arabia will not likely let that happen. The violence in Syria, warns "Al-Arabia," could soon become a firestorm.

Kenya after the elections

Angola's general elections 2022: What you need to know