Stuttgart unseats Munich as Germany's most expensive city for renters

After 20 years on top, Munich has lost its title as the most expensive city for German renters. A new study also shows that the suburbs are no longer a cheap alternative. 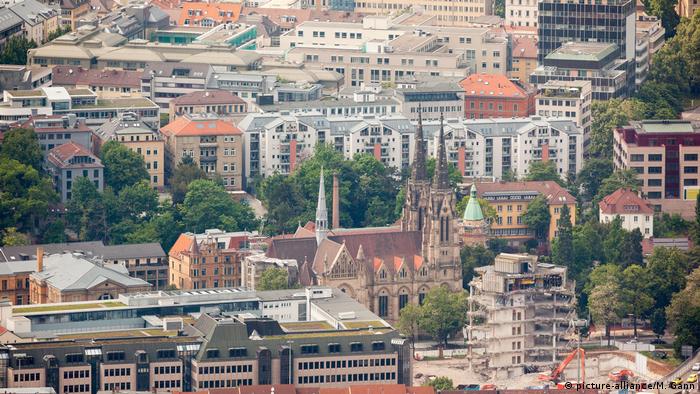 Stuttgart has overtaken Munich as the most expensive German metropolis for renters, an analysis of German rental prices released Thursday showed.

Rental prices in Stuttgart are 48% above the national average of €7.04 per square meter.

This is according to data from a newly released "Mietspiegel" or "rent index," which reflects the average price of residential rental property in cities across Germany.

The study, carried out by German market research company F+B, analyzed the average cost of renting in 351 German cities with more than 20,000 inhabitants.

Prices soar in the suburbs

While Stuttgart now ranks as the most expensive German city for renters, for the second year in a row the prize for the highest rent in the country goes to a small suburb outside of Munich.

Germany has seen rental prices in small suburbs overtake rates in city centers. Four of the cities in the top 10 list are suburbs of Stuttgart; another four are suburbs of Munich.

"We see that the old rule that if you want to live cheaply, move to the suburbs, is no longer necessarily true," the study's authors explained.

Munich held the title of Germany's most expensive city for renters for 20 years before it was unseated by Karlsfeld last year. This year the city has fallen to 6th place while Stuttgart now ranks 2nd overall and first among the large cities.

The study also reveals that rent prices are rising at a slower rate than in the past. Rents rose 1.8% on average since last year, down from a rate of 2.2% the year before. The authors of the study point to various reasons for the slowdown, including the possibility that rent prices had become prohibitively expensive.

Read more: Housekeeping in Germany: 'You clean up my mess and I pay you for it!'

Rent indexes in Germany influence the prices laid out in new rental contracts as well as landlord and government decisions to raise or lower rental rates.

However, actual rent paid can vary wildly within cities, meaning the average price reflected in the index may not be representative of the reality on the ground.