Damage to hundreds of library books featuring one of the most famous victims of the Nazi regime and the Holocaust has shocked many Japanese, who describe the actions as "shameful." 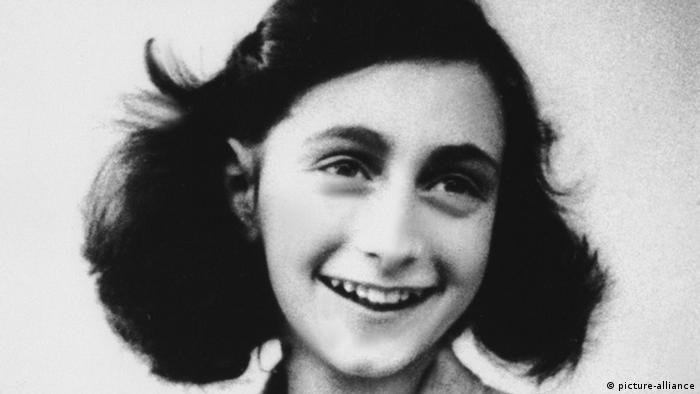 When the first incident of damage to "The Diary of a Young Girl" was discovered in a Tokyo public library early last year, officials simply withdrew the memoirs of Anne Frank (main picture) and thought little more of it.

Then something similar happened to another copy of the same book at a library just a few kilometers away. By the summer, it had become an epidemic, with single pages roughly torn out of some copies while others were missing a dozen pages or more before being put back on the shelves. 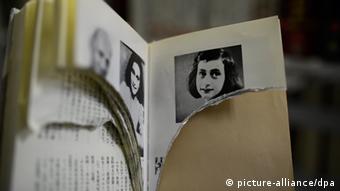 The vandalism had also spread to other books about the Holocaust and, until March 6, well over 300 books had been defaced or otherwise damaged at 38 public libraries in eight wards of Tokyo.

Police declined to comment on the investigation that was launched to identify the culprit on the grounds that the case was ongoing, but it is understood that the authorities are examining closed-circuit television footage from libraries that were targeted.

Library staff members have also acted to safeguard the books, with undamaged copies being removed from the public shelves and placed on the counter where they are signed out, allowing staff to monitor the people who read them.

The Israeli Embassy in Tokyo was swift to act as well, donating to local libraries 300 copies of arguably one of the most famous memoirs to emerge from World War II.

A part of the syllabus in many Japanese schools, the diary records the thoughts and fears of Anne Frank while she hid with her family in Nazi-occupied Amsterdam during the war. The first entry date was June 1942 and the diary continues until the family was betrayed and arrested in August 1944. 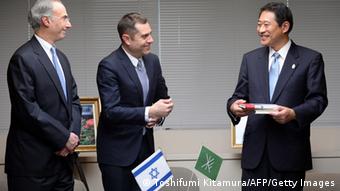 Transported to a series of concentration camps, Anne Frank was 15 years old when she and her sister, Margot, died of typhus at Bergen-Belsen in March 1945. After the end of the war, their father, Otto Frank, returned to Amsterdam to discover the diary had been kept safe.

Her diary was first published in 1947 and has since been translated into numerous languages. In 2009, the book was added to the UNESCO Memory of the World Register.

And while the authorities seek the person who damaged the books, Japan is asking itself who could set out to cause such damage to such an iconic book and why.

"It's really odd," Jun Okumura, a visiting scholar at the Meiji Institute for Global Affairs, told DW. "I understand that the incidents all took place in a relatively small geographical area and that the police are probably looking for a single person acting alone, but I think they will eventually find some sort of mental illness or obsession behind this incident.

"This really does not have any broader significance in relation to Japanese society or attitudes towards Jewish people," he said.

'Such acts are shameful'

The broader problem might be the way in which other nations with an ideological axe to grind with Japan might seek to make capital out of the incidents, he said. "As far as I can see, it's really only South Korea that is making a big fuss about this and anti-Semitism is not a problem here, but it is certainly something of a national embarrassment," Okumura added. 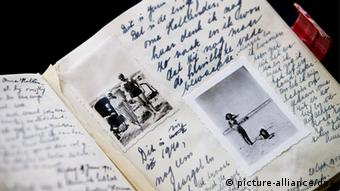 Anne Frank's diary was added to the UNESCO Memory of the World Register.

The Japanese government has felt strongly about the incident. Yoshihide Suga, the chief cabinet secretary, expressed his anger in parliament, saying: "Such acts are shameful and can never be pardoned in this country."

Commentaries in the media have echoed similar thoughts, with the conservative Yomiuri Shimbun newspaper stating, "This vandalism cannot be shrugged off as simple property damage. This crime could trample on the efforts of many men and women who have looked squarely at history and fought against discrimination based on prejudice."

Commentators wrote that Japan provided safe havens for Jews in China and Japan during the years of conflict in Europe and that many Japanese actively assisted Jews trying to escape persecution.

As the third anniversary of one of the worst natural disasters to strike Japan approaches, around 20,000 people have been confirmed dead or are still missing as repair work in the northeast of the country continues. (04.03.2014)

Despite new laws designed to deter individuals - primarily men - from targeting former lovers who have spurned them, stalking cases are continuing to rise in Japan. And the incidents are becoming increasingly violent. (24.02.2014)

In 1985, Chiune Sugihara was granted the honor of the Righteous Among the Nations by the government of Israel for issuing transit visas for Jews trying to flee the Nazi invaders of Lithuania, where he served as vice counsel.

Historians estimated that Sugihara worked up to 20 hours a day issuing visas until he had to leave his post on September 4, 1941, when the consulate in Kaunas was closed.

Posted to other Japanese missions in Eastern Europe for the remainder of the war, Sugihara was arrested by Soviet troops after the capture of Bucharest and held in a POW camp with his family for 18 months before being repatriated to Japan. Sugihara - known as the "Japanese Schindler" - died in July 1986.

Nevertheless, says Robert Dujarric, director of the Institute of Contemporary Asian Studies at the Japan campus of Temple University, the timing of this latest incident is unfortunate.

"It could be just one unhappy person and this could have happened anywhere in the world, but it does not come at a good time for Prime Minister Shinzo Abe and his conservative government," he said.

"This can be used to make Japan look bad in its attitudes towards foreigners when there are plenty of people saying Japan looks bad enough already," he said. "This government does not need this."