Conservative groups in Japan insist that claims of hundreds of thousands of Asian women being forced into sexual slavery during World War II are "fabricated." They demand a retraction of the 1993 Kono Statement. 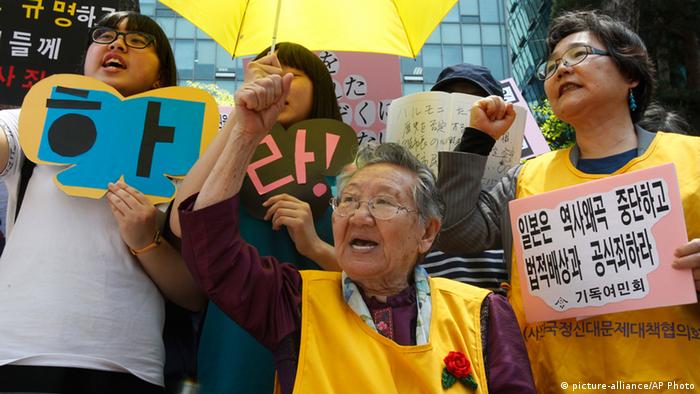 Tomoko Tsujimura says she is motivated by the desire to "protect the honor of Japan and my forebears, namely my grandfather, my father and my uncles." It is a stain on the good name of her relatives and the country, she says, for them to still be accused of forcing some 200,000 young women from Japan's former colonies and the other parts of Asia under its occupation to become the "sex slaves" of Japanese troops fighting World War II.

Tsujimura claims that the women who provided these services in brothels set up across the outposts of the former did this voluntarily and earned a good wage for their labor. Any accusations that the military was involved in the trade are part of a "black propaganda war" currently being waged against Japan, she said. And Tsujimura is not alone.

Two Korean women who were used as sex slaves during World War II have cancelled a meeting with the outspoken mayor of Osaka. Nationalist politician Toru Hashimoto said the practice had been necessary. (24.05.2013)

There is a growing groundswell of support in the East Asian nation for a strong reaction to what many Japanese regard as "the unjust and unfounded criticism" that has rained down on the country in recent years, primarily from neighboring China and South Korea. Critics in Japan say these countries are only motivated by the desire to score political points and damage Tokyo's standing on the world stage.

However, Japan's detractors feel they were emboldened by the so-called "Kono Statement," a landmark apology over forced prostitution issued in 1993 and named after the chief cabinet secretary of the day, Yohei Kono. The Japanese politician expressed "apologies and remorse" as he acknowledged that the military had been involved in the forcible recruitment of women. The government of Prime Minister Tomiichi Murayama subsequently oversaw the creation of the Asian Women's Fund to provide compensation to the victims.

"As prime minister of Japan, I thus extend anew my most sincere apologies and remorse to all the women who underwent immeasurable and painful experiences and suffered incurable physical and psychological wounds as comfort women," Murayama said. His left-wing administration, however, lasted less than 18 months and was replaced by the conservative Liberal Democratic Party.

Most recently, growing international support for the alleged South Korean victims had led to "comfort women" statues being erected in several cities in the US, including Glendale, California.

The memorial in Glendale also includes a plaque that reads, "In memory of more than 200,000 Asian and Dutch women who were removed from their homes in Korea, China, Taiwan, Japan, the Philippines, Thailand, Vietnam, Malaysia, East Timor and Indonesia, to be coerced into sexual slavery by the Imperial Armed Forces of Japan between 1923 and 1945." 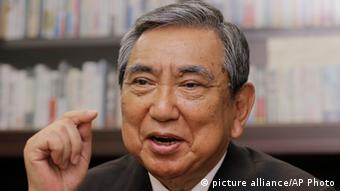 Moreover, South Korean Lee Ok-Seon recently came to Germany to tell her story about how she spent three years in a Japanese military brothel in China against her will during WW II.

Tsujimura, however, was surpised: "I just could not believe it when I heard what had happened," he said. "I never imagined that Koreans, our friends and a neighboring country, would install such a grotesque plaque and statue."

Tsujimura was one of the 13 local politicians who went to California in January to express their views on the issue and to demand the removal of the statue and the plaque.

"It was shocking to see the stone plaque with the words 'I was a sex slave of the Japanese military'," said Yoshiko Matsuura, a local assembly member from Tokyo's Suginami Ward who also took part in the mission.

She added that the justification for the statue - the Kono Statement - was based on the "fairly vague" testimonies of 16 South Korean women who claimed they had been forced into sexual servitude for the Japanese military.

"War is a sad event and there were a lot of sad incidents involved," Matsuura added. "But 'sex slave' is not a historical fact. Carving such an expression into the plaque and installing a 'sex slave' statue will serve as the root of evil in the future."

There has been no reply so far to a letter written to David Weaver, the mayor of Glendale, requesting that the statue be removed. A similar request has been sent to US President Barack Obama.

The focus of the group, and many other like-minded nationalist organizations in Japan, is now turning onto how they can revoke the Kono Statement. 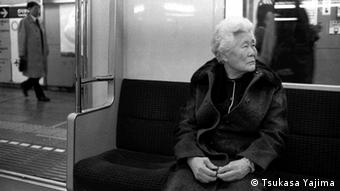 On February 20, Nobuo Ishihara, who was Kono's deputy in 1993, appeared at a Lower House Budget Committee session to give testimony before politicians about the way in which the statement was drawn up.

Ishihara admitted that the Japanese government never verified the testimony given by the 16 Korean women who said they had been victims of the comfort women system, and whose comments have remained classified ever since.

Chief Cabinet Secretary Yoshihide Suga has since indicated that the Japanese government is willing to reconsider the statement - which has provoked an angry reply from the South Korean government.