Bannon met the AfD's Alice Weidel at an event in Switzerland where he reportedly advised her on "alternative media." The former Trump strategist was also in Italy to support the far-right in national elections. 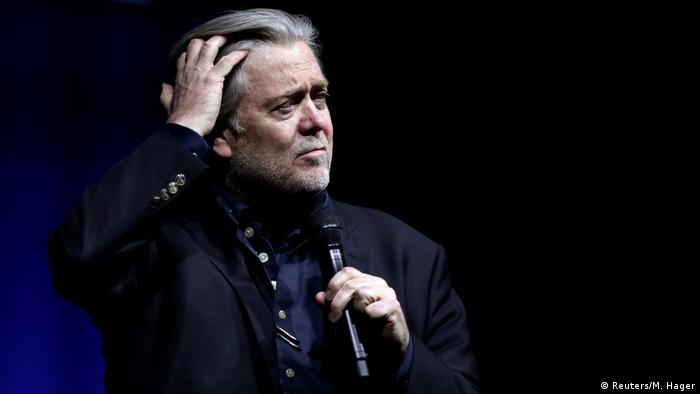 US President Donald Trump's former chief strategist Stephen Bannon is not too much of a nationalist to advise the leader of Germany's far right-wing party it seems. Fresh off a visit to Italy to support far-right parties in that country's general election, the office of Alternative for Germany (AfD) leader Alice Weidel confirmed late on Tuesday that she had spoken with Bannon.

According to German press agency dpa, the two met in Zurich, where Bannon was speaking at an event about "the populist revolts and their global consequences for Switzerland, Europe and America," hosted by the conservative weekly Weltwoche.

Weidel's office said Bannon could offer expertise on political strategy and alternative media channels. The AfD has already signaled its interest in starting its own news arm, claiming it is mischaracterized and maligned by the mainstream media. 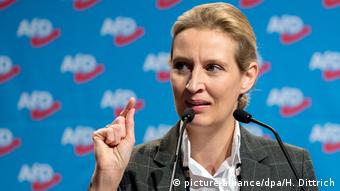 Weidel said Bannon had media experience to offer the AfD

A group of German AfD politicians recently traveled to Syria to see the situation there first-hand after seven years of war. They justified their trip, in part, by saying the media could not be trusted to report truthfully from the country.

Bannon on the outs

Bannon is known in the United States as one of the founding board members of Breitbart news, a haven for the alt-right that has been regularly criticized for pushing racist, xenophobic and misogynistic stories as well as giving voice to conspiracy theories.

The former entertainment executive was booted from the Trump White House in August, one week after the "Unite the Right" rally in Charlottesville, Virginia, ended in the death of a counterprotester. Bannon further estranged himself from Trump's good graces when it emerged in Michael Wolff's book "Fire and Fury"that he thought Donald Trump Jr.'s meeting with Russian officials was "treasonous."

Leaving Washington behind, Bannon has been left to ply his particularly controversial brand of "economic nationalism" in Europe. He hailed the recent election successes of the populist parties Lega Nord and the Five Star Movement in Italy as a "clear sign against the establishment."

"The Italian people have gone farther, in a shorter period of time, than the British did for Brexit and the American did for Trump," Bannon declared to The New York Times.

During his time in Switzerland, Bannon used his platform to promote cryptocurrencies and bash the "Clinton mafia" and "limousine liberals." He also compared the Time's Up movement against sexual harassment and abuse to the French revolution.

Former PM Matteo Renzi will reportedly resign as head of the ruling center-left Democratic Party after a crushing election defeat. Silvio Berlusconi's right-wing coalition took the lead but may face a hung parliament. (05.03.2018)