Former PM Matteo Renzi will reportedly resign as head of the ruling center-left Democratic Party after a crushing election defeat. Silvio Berlusconi's right-wing coalition took the lead but may face a hung parliament. 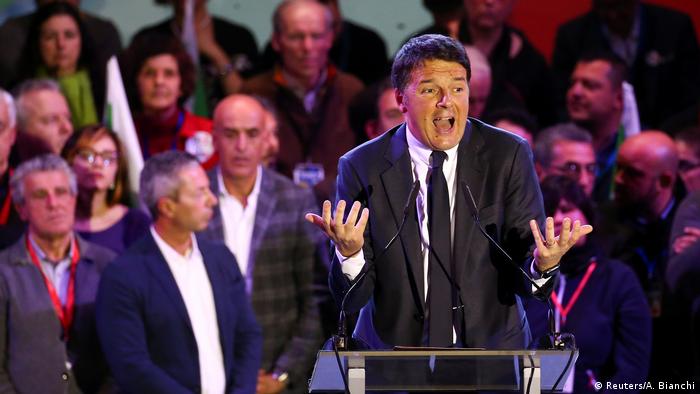 A right-wing alliance led by former Prime Minister Silvio Berlusconi's Forza Italia took the lead in Italy's general election, according to preliminary results published Monday morning, but the country now faces a hung parliament and a struggle for power.

Forza Italia, the far-right Northern League and Brothers of Italy together took about 37 percent of the vote, followed by the euroskeptic 5-Star Movement (M5S) with about 32 percent.

Salvini said Monday that his coalition had the "right and the duty" to form a government and staked his claim for the leadership. 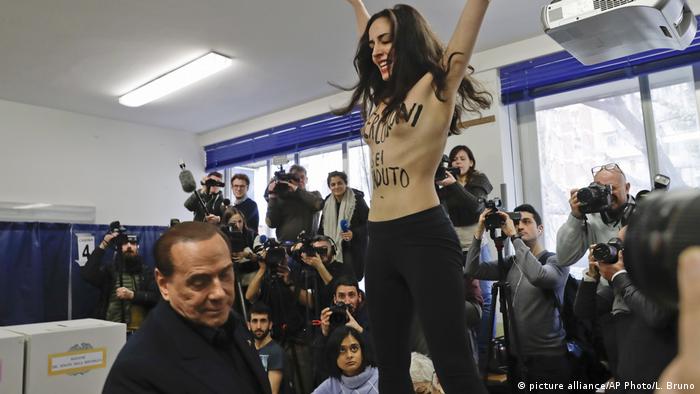 Despite Berlusconi's alliance leading the polls as anticipated, it falls short of the 40 percent necessary to govern. If the final count results in a hung parliament, Italian President Sergio Mattarella will likely have to form the next government. Italy's 2013 election also resulted in a hung parliament, prompting then-President Giorgio Napolitano to handpick the next government.

Analysts have speculated that Mattarella may choose outgoing Prime Minster Paolo Gentiloni of PD to lead a government if it comes down to it. Polls published before the election suggested Gentiloni was the most-liked Italian politician across party lines.

MS5 leader Luigi Di Maio said on Monday his party was ready to assume leadership and that it was willing to negotiate with any other party. This put MS5 and the Northern League in direct competition for power.

PD, which leads Italy's outgoing government, has signaled that it may position itself as an opposition party in parliament.

"If this is the result, for us it is a defeat and we will move into the opposition," said PD parliament leader Ettore Rosato.

However his spokesman told DPA newsagency he was "not aware" of his boss' resignation plans.

Read more: Italy warns of 'influence campaigns' ahead of election

Shares, bonds and the euro all weakened after the election count, worried about the possibility of an administration led by eurosceptic parties promising to ramp up spending.

Salvini has called the Euro currency a mistake and criticized European Union restrictions on national budgets.

German Chancellor Angela Merkel wished Italy success in forming a "stable government" quicker than the six months it took her took to form one, her spokesman Steffen Seibert said.

"Italy is our friend and partner, and we wish those responsible success in forming a stable government, for the benefit of Italians as well as of our common Europe," Seibert said.

French President Emmanuel Macron said he was "cautious at this stage" but stressed that Italy had clearly suffered from the migrant crisis, presumably referring to a surge in anti-immigrant sentiment. "We must keep that in mind" as a backdrop to the election, he said.

Luxembourg Foreign Minister Jean Asselborn said the result happened because of the EU's failure to reform its migration system, under which Rome has had to deal with a vast influx of migrants.