The Five Star protest party is riding high in the polls ahead of next week's election in Italy. Their anti-establishment, anti-immigrant message is resonating with frustrated Italians. Megan Williams reports from Rome. 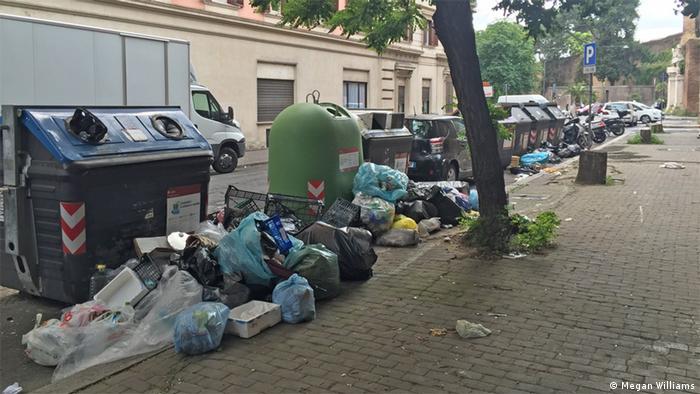 Gianluca Buratti arrives late. The gospel choir master has been embroiled in Rome's chaotic rush-hour traffic and searching for a parking spot in a city whose crumbling infrastructure shows no signs of improving, despite promises from its populist Five Star movement mayor Virginia Raggi.

Read more: Virginia Raggi could be the answer to Rome's mess

Yet, like many Rome residents who plan to vote for the Five Star movement in Italy's March 4 national election, Buratti is forgiving when it comes to his party's negligible progress in addressing Rome's urban decay, garbage collection problems and skeletal transportation system.

"I was born and raised in Rome and know it well," he says, sitting beside a grand piano in the frigid common room of a Catholic community center before choir practice. "For the past 50 years, it was governed by the same corrupt parties, so before the Rome election in 2016, I said, 'No one can expect changes in three or four years. Not until she cuts links with the old system.'"

It's "the old system" that has made him a convinced Five Star member: politicians from the traditional right and left who, like many in Italy, Buratti sees as overpaid, on the take, and more invested in keeping their privileges than improving Italy. 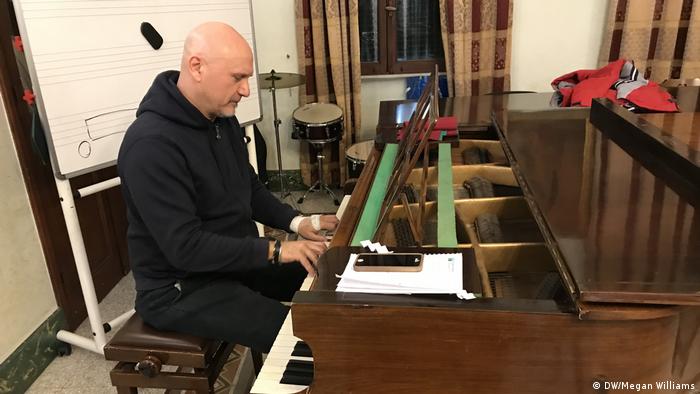 Buratti, like many other voters, has not been put off by the Five Star Movement's failure to combat Rome's many problems

A vote for the lesser of many evils

The distrust, and disdain Buratti and his fellow Five Stars supporters feel toward traditional politicians are what's largely driving the party's numbers. The most recent polls put its support at about 28 percent.

Vera Capperucci, an Italian political historian at Luiss University in Rome, says the face of the party has changed since its early "F-Off to Politicians" rallies in piazzas. But even with seats in parliament, it's still the protest party with an anti-politician message that resonates.

"The Italian political class on both the right and the left is now widely perceived as a failure," says Capperucci. "To put it bluntly, they're seen as has-beens, people who had their chance and blew it, and who are now almost ignored by the voters."

Italy's floundering economy has only enforced that perception. The official unemployment rate that hovers around 11 percent; a perception of high taxes in exchange for poor services; and no sign of the kind of economic turnaround Spain and Ireland have pulled off have led many Italians to look around for someone to blame, she says. After politicians and the EU, they've pointed their fingers at migrants.

"Italian voters are not traditionally drawn to extremes, but in this prolonged economic situation, they're migrating there and that's why we're seeing the emergence of a noisy minority," Capperucci says, referring to La Lega, formerly known as La Lega Nord (The Northern League). The far-right party's brash leader Matteo Salvini has relentlessly hammered home an anti-immigrant, "Italy First" message on his frequent TV appearances.

Salvini has been adept at exploiting cases of violence to shore up support. After a Nigerian migrant was charged for the murder of an 18-year-old Italian woman last month, an Italian gunman went on a drive-by shooting rampage in the central city of Macerata, injuring six African migrants. Salvini immediately went on television blaming both crimes on what he called "Italy's out-of-control immigration policy."

Giovanni Zagni of the Italian political fact checking website, Pagella Politica, says that while Salvini often cites the number of crimes committed in Italy, he fails to mention that foreigners commit crimes at about the same rate as Italians do — and that violent crime has decreased by about 10 percent over the past decade. That's during a similar period of time that the number of migrants and refugees arriving in Italy dramatically rose.

"So to create an impression of crime being a problem," says Zagni, "right-wing politicians focus on single cases of criminality or specific types of crimes."

Salvini promises to expel from Italy the 600,000 or so migrants that have arrived here in the past four years. It's one of the many election vows from the right — from free veterinary services for pets to a 15 percent flat tax — that have many observers and opponents rolling their eyes. 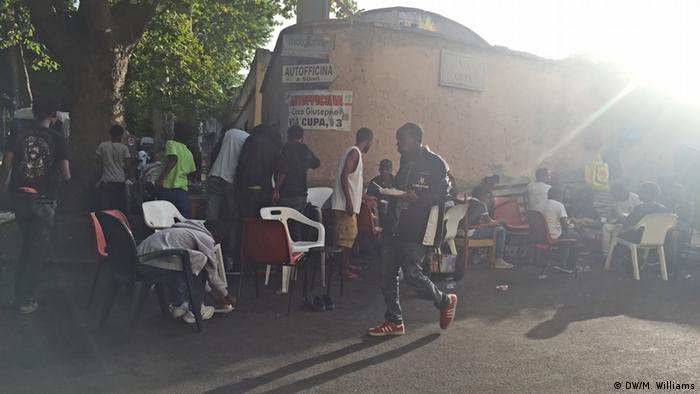 Both La Lega and the Five Star Moment want to kick out some 600,000 refugees

"I've heard a lot of imaginative election promises in my life," said Emma Bonino, the 70-year-old leader of the pro-EU More Europe coalition, "but I've never heard so many as I have in the last months of this election. And the most imaginative, in a delusional way, is the promise to kick out 600,000 migrants. You need bi-lateral agreements with the countries these people have fled from to do that. You can't just put them on a plane with a parachute."

Yet, the imaginative promises seem to be paying off. Five years ago, La Lega took four percent of the vote; today, polls place it almost neck-and-neck with the right-wing coalition Forza Italia, led by former Prime Minister Silvio Berlusconi, at 14 percent.

Even the Five Star movement is calling for the immediate repatriation of illegal immigrants, and like La Lega, they don't explain how they'll do this, apart from saying they'll add 10,000 more workers to examine asylum requests.

Five Stars voters like Gianluca Buratti supports the dramatic promises, but insists racism has nothing to do with it.

He cites revelations in the last years that politicians in Rome and elsewhere have pocketed funds earmarked for migrant centers. "Immigrants aren't the problem, but the class of politicians who has mishandled migration," he says.

And he, like almost a third of Italians, says the only way forward for Italy is to cut with that class.

"The merit of the Five Star movement has been to collect the disappointment of many people and merge it in a democratic tract," says Buratti. "Otherwise, the next move would have been civil war."