The anti-establishment Five Star Movement has won the most seats outright in Italy's national elections. DW looks at its 31-year-old leader. 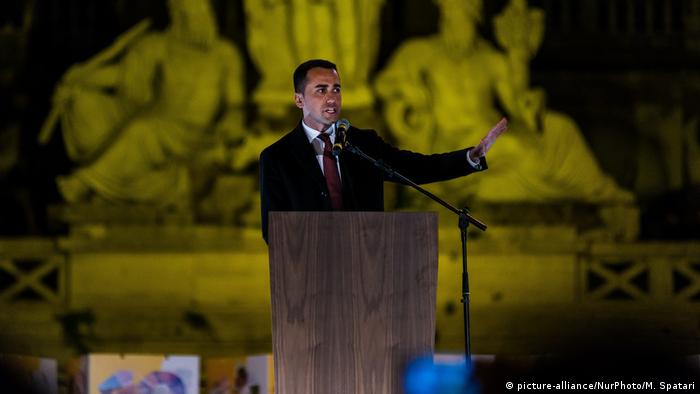 The Italian media declared on Monday morning that the anti-establishment populist Five Star Movement (M5S) had garnered the most seats of any one party in national elections, thrusting it's young leader Luigi di Maio into the international spotlight.

Di Maio, 31, was elected as the leader of his party last September amidst great fanfare and excitement — a measured, calming presence hoping to create a new air of credibility around the party after the party's bombastic, confrontational founder Beppe Grillo stepped aside.

In 2013, at the age 26, Di Maio became the youngest-ever MP to be elected as the Vice President of Italy's lower house of parliament, the Chamber of Deputies. On Saturday, he sailed past seven other contenders to secure his party's nomination for prime minister.

"The responsibility you have entrusted to me is great, but together we can do anything because we are the Five Star Movement and we must never forget it!" Di Maio told the jubilant crowd at the party conference in Rimini, according to Italian daily Corriere della Sera.

Di Maio has long been groomed for party leadership by founder Grillo. The 69-year-old comedian-turned-politician founded the movement in 2009 after becoming fed up with political gridlock as well as the corruption and nepotism personified by the administration of former Prime Minister Silvio Berlusconi.

Grillo has often courted controversy by means of his highly popular blog, where he has taken aim at Italy's ruling elite - but also in 2016, when he supported statements made by then-President Elect Donald Trump that the European Union is a "total failure." Grillo believes the EU allows northern Europe to thrive at the expense of southern Europe.

The party has seen increased mainstream success in recent years, with a strong presence in parliament as well as winning the high-profile mayoral posts in Rome and Turin. 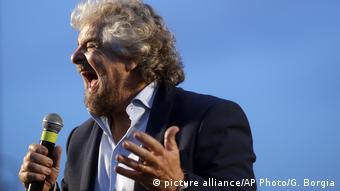 "I will always be like a dad for all of you, but I am old," said Grillo at the conference in September, signaling what many predict to be his backing away from the spotlight as a new generation takes over.

M5S has been categorized as a left-wing populist party, but the movement is difficult to categorize in hard and fast terms. While the party supports many progressive causes like same-sex marriage, environmentalism and social justice, Di Maio himself represents the more conservative wing of the party and has positioned himself as a law-and-order candidate whose positions on immigration sometimes coincides with the far right.

For example, Di Maio referred to the rescue efforts made in the Mediterranean migrant crossing from Northern Africa to Italy a "sea-taxi service" that must end. He has also called for an end to several obligatory vaccines for children.

Despite the party's strong euroskeptic roots, Di Maio promised on the campaign trail that "we do not want a populist, extremist or anti-European Italy."

Amid rising far-right activity, the draft law has been hailed by the ruling Democratic Party as a "brake on neo-fascist regurgitation." But two of Italy's largest parties say that it threatens free speech. (13.09.2017)

As France prepares for a run-off vote that Emmanuel Macron appears poised to win, his political doppelganger to the south - Italy’s Matteo Renzi - is also likely to clinch a contest. Megan Williams reports from Rome. (29.04.2017)