The leaders of Germany and Italy have reaffirmed their commitment to work together in the face of growing populism. Gentiloni also promised to assist residents affected by the three earthquakes that struck Italy. 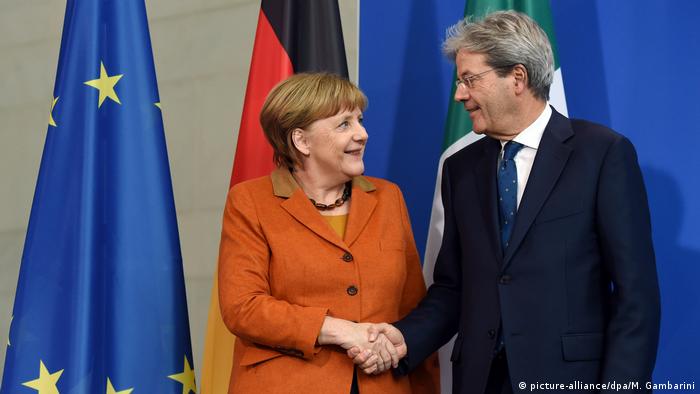 "We will only earn trust when we solve problems," Merkel said, naming migration, internal security, economic growth and employment as the main difficulties facing Europe. "These are the major tasks that Europe must clearly address," she expanded.

Gentiloni seconded Merkel's priorities but warned "that when we do not take on insecurity and the unemployment problem, it will be hard to carry our fellow citizens alongside us." 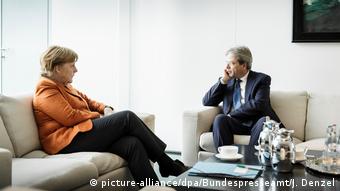 The two leaders resolved to remain united in the face of Brexit.  Merkel stated that she is "not worried that we will not stick together" while Gentiloni said "there will be solidarity among ourselves; there will of course also be friendship toward the United Kingdom." The two countries promised to work together closely as negotiations progress, including on business and industrial issues.

Earlier in the morning, Merkel received Gentiloni with full military honors before the two sat down to a working lunch to discuss European and international political challenges. It was the Italian head of government's first visit to Berlin since taking office on December 12, 2016 after a failed referendum bid forced his predecessor Matteo Renzi to step down.

During the press conference, Gentiloni also commented on the three earthquakes that shook central Italy a few hours prior, calling it a "difficult day" for Italy. For her part, Merkel offered aid for reconstruction.

The meeting in Berlin came one day after the European Union Commission called on the Italian government to adopt new structural efforts to lower its public debt. Brussels called on the Mediterranean country to slash 3.4 billion Euro (3.6 billion US dollars) in public finances - approximately 0.2 percent of Italian GDP. This could leave Gentiloni with the unpleasant choice of ignoring an EU directive or facing citizens angered by tax increases and spending cuts.

Rome has stated that 2016 budget shortfalls were due to earthquakes and the migration crisis.

Italy's leaders have launched a push to increase ID checks, deportations, and the construction of detention centers. The tough migration stance is the first major policy departure for new Prime Minister Gentiloni. (31.12.2016)

Italian Prime Minister Paolo Gentiloni has announced he will ask parliament to approve a large funding package for the country's troubled banks. He said the measure was needed to protect clients' savings. (20.12.2016)