Peer Steinbrück, Germany's former finance minister and the SPD's 2013 candidate to challenge Angela Merkel for the chancellorship, will step down from his seat in parliament. He is one of the biggest names in the SPD. 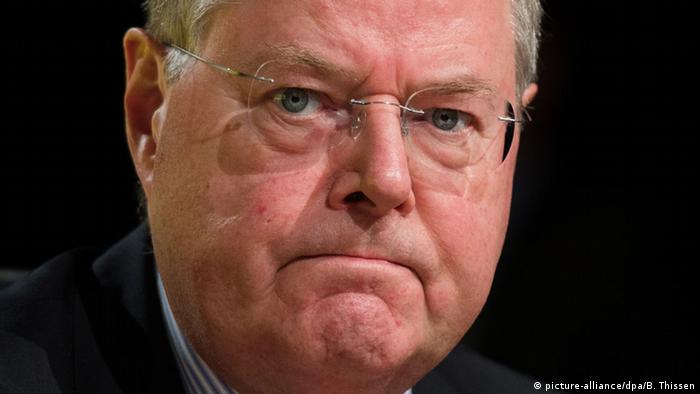 Steinbrück announced on Friday that he would give up his seat in parliament at the end of September, over a year before next year's federal elections.

The 69-year-old politician has largely shied away from making public comments on daily politics since he headed the SPD ticket in 2013 elections, losing to Chancellor Angela Merkel.

The campaign was marked by a number of gaffes on his part. The SPD walked away from the election with its second worst result since 1949, albeit a minimal improvement from the 2009 elections.

From 2002 to 2005, Steinbrück was the governor of North-Rhine Westphalia, Germany's most populous state. He then headed the finance ministry from 2005 to 2009 in a grand coalition with Merkel's Christian Democrats, helping to steer Germany through the initial days of the global financial crisis.

The SPD politician had been treated as a potential candidate to oppose Merkel again, but said that he would not be able to provide the kind of "political intensification" needed by the SPD in the 2017 national election campaign. Instead, he said, he would be available to provide advice to the party "whenever it desires it."

Thomas Oppermann, the leader of the SPD group in parliament, said he planned to take Steinbrück up on his offer. "We will still be tapping into his advice," Opperman said on Friday. "He is one of the great SPD politicians."

The background to Steinbrück's unexpected withdrawal from politics is the establishment a foundation dedicated to the late SPD Chancellor Helmut Schmidt.

At the beginning of July, the German parliament passed a bill supported by all parties to fund the Helmut Schmidt Foundation in Hamburg, something that Steinbrück had worked hard to achieve.

With the passage of the law to fund the foundation with 2 millions euros a year, Steinbrück said he had "fulfilled his personal responsibility."

It is assumed he will take up a position on the six person board of trustees at the foundation. Similar foundations have been set up posthumously in honor of post-war German Chancellors Konrad Adenauer and Willy Brandt.