EU member states have long struggled to take a common line on China. Merkel will have a challenge in store when Germany takes up the presidency of the Council of the European Union in summer, DW's Frank Sieren writes. 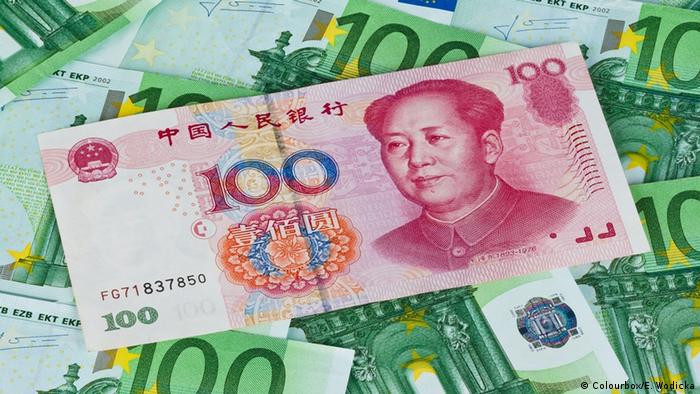 Even without the coronavirus pandemic, 2020 would have been an important year in EU-China relations. In summer, Germany — the bloc's No. 1 economic and exporting power — will take over the presidency of the Council of the European Union, with Chancellor Angela Merkel at the helm in her last year in office. No other EU leader enjoys as much respect in China as she does.

Merkel has hoped to be able to coax the European Union into adopting a common approach, one that considers China both a partner and a competitor and in which problems are addressed in a cooperative spirit. She has wanted to distance herself from the China-bashing of the United States and promote the European Union's interests more adroitly.

Now, the EU-China summit in the eastern German city of Leipzig, which Chinese President Xi Jinping had planned to attend, will take place via video. And finding a joint course in this heated atmosphere is more difficult than ever. It was hard even before the coronavirus pandemic, particularly since Italy defied the European Union last year to become the first G7 country to join China's Belt and Road Initiative. Perhaps because of this, China has particularly helped Italy during the coronavirus pandemic.

The situation is similar in Hungary and the Czech Republic. "China was the only country that helped us," Czech President Milos Zeman said recently. And, in the midst of the crisis, Hungary received a loan of more than $1.8 million (€1.7 million) from China to build a new railway line from Budapest to Belgrade, the capital of neighboring Serbia — a project that had stagnated for years.

Officials from Serbia and other candidate countries for EU accession have also expressed disappointment with the bloc. "There is no such thing as European solidarity," said Serbia's president, Aleksandar Vucic. "China is the only one that can help us." And this comes at a time when EU officials want to work much more closely with candidate countries such as Serbia, even though it has not dangled the prospect that they might join the bloc anytime soon. The EU stands "shoulder to shoulder" with its partners in the western Balkans, European Council President Charles Michel said after the bloc had promised €3.3 billion ($3.6 billion) in support. But are such statements enough?

The fact that China is largely over its coronavirus crisis and is recovering economically while the European Union is still stuck in the midst of the pandemic does not help. It is probable that even more members will accept help from China because the European Union simply cannot manage on its own. China's takeover of Greece's port of Piraeus — now one of the most important pillars of the Belt and Road Initiative — was, after all, a direct result of the financial crisis of 2008-09. The European Union had compelled Greece's government to privatize national assets, but no EU company showed interest in taking over the harbor. Then came China. Investments in EU countries from China increased tenfold from 2009 to 2015.

A problem Merkel will face in fall is how to get governments that rely on money from China to adopt a common EU line on promoting the bloc's interests when those differ from China's.

Another purchasing spree from China on the order of the one that followed the global financial crisis is unlikely. For the time being, border closures are making not only investments but also the transport of wares and people a challenge. China's government is also having difficulties selling international investments at home at the moment. Restoring the domestic economy and securing jobs currently has priority.

Over the past two years, the European Union has made the conditions for investments stricter: Chinese companies now have to undergo rigorous screening before they can invest in critical technological areas. In 2019, China's direct investments in the 28 EU countries sank 33%, to just €12 billion — the third consecutive drop after the peak in 2016.

On the other hand, fast access to China's market is now essential for the survival of many EU companies because recovery will need to be quick after the crisis. So it is not a good time to get into quarrels with China's government — whatever may have gone wrong during the coronavirus pandemic.

It is already clear that the balancing act during the EU-China summit will be one of the greatest challenges of Merkel's long political career. It will set trends for the future that will likely have repercussions going far beyond her time as an active politician — unless she decides to extend it after all.