Whoever wins the race to come up with a successful coronavirus vaccine will also win massive profits. But while the industry vows to make a vaccine globally accessible, not all are on board with that idea. 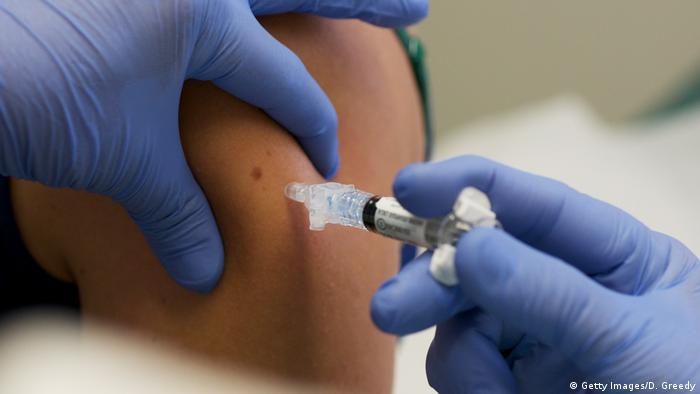 There is a degree of consensus within the medical and scientific community that it will take at least 18 months for a vaccine against COVID-19 to be successfully developed and distributed.

While some researchers are more optimistic about how soon it is before people can worry a little less about face masks and infection rates, others in the field of drugs science say it could take longer to develop a vaccine against the virus.

However, a crucial question posing a dilemma for both the pharmaceutical industry and politicians around the globe is already emerging: which countries will be served first with a vaccine?

German health expert Ilona Kickbusch told DW that health authorities across the world are working to find a viable solution to the distribution issue, but adds:  "For the time being, there are no international rules for sharing any possible vaccine in an equitable way."

Jürgen Wasem, a professor for healthcare management at the University of Duisburg-Essen in Germany, notes that drugs research and development is usually driven by market forces. 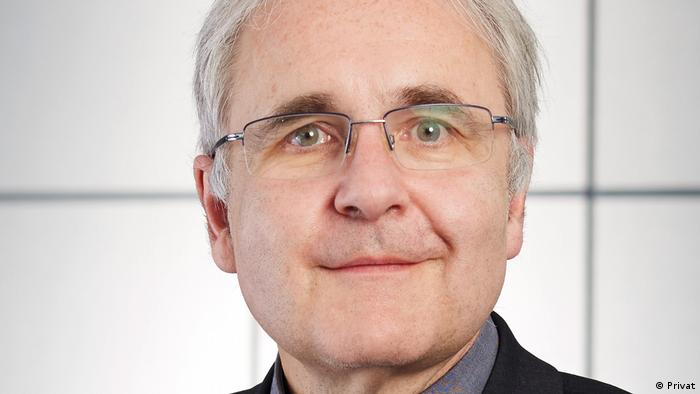 Health economist Jürgen Wasem from the University of Duisburg-Essen

"This poses the risk that markets in western Europe, Japan and the United States will be supplied first because patients there are able to pay the highest prices," he told DW. "This problem prevails in all pharmaceuticals markets around the world."

When it comes to developing medicines available for all populations in the world, the image of Big Pharma has long been tarnished. Supply bottlenecks for some specific drugs are often the result of the pricing policies pursued by major drugmakers, says Wasem — a claim, which is nonetheless "difficult to prove in most cases," he says.

Despite obvious issues with private interests in drugs research and development, Wasem still strongly believes in a market-driven approach, especially in the current search for a coronavirus treatment.

"What we are seeing is a whole range of competing initiatives out of which some may eventually be successful. Vaccine development is very costly and fraught with risk," he says. 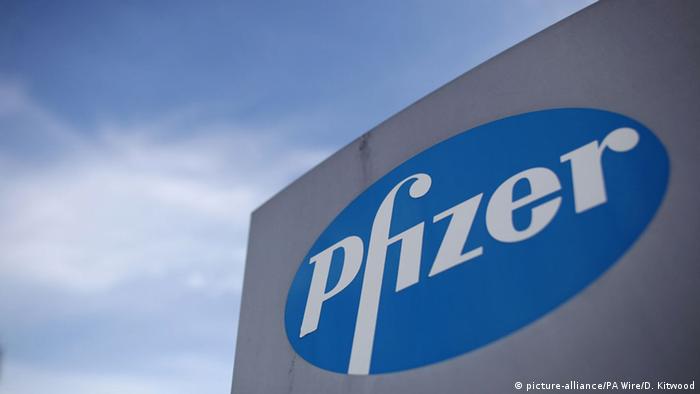 Many firms having entered joint ventures. German startup Biontech, for example, has teamed up with US pharmaceutical giant Pfizer.

At the moment, hopes in the global fight against the virus pandemic rest primarily on the shoulders of four major vaccine developers and a large number of smaller biotech companies. Altogether, they've launched almost 80 different vaccine projects, with many of the firms having entered into joint ventures to share the burden. German startup Biontech, for example, has teamed up with US pharmaceutical giant Pfizer.

More than a dozen different COVID-19 vaccines are scheduled to start clinical trials in the course of this year, with the most promising currently being developed in China, the US and Germany.

Hopes for a global supply agency

Amid the pandemic though, governments and international health officials are wary of leaving global distribution of a possible vaccine to market forces, fearing supply bottlenecks and exorbitant prices.

United Nations Secretary-General António Guterres recently declared a future COVID-19 treatment to be "a public good" that must be made available to everyone. The perception is shared by German Chancellor Angela Merkel, who hopes for multilateral negotiations to reach global agreement on the issue.

On May 4, a high-level meeting of government leaders with representatives of the European Union and the Bill and Melinda Gates Foundation will discuss raising €8 billion ($8.6-billion) in funding for a global vaccine distribution agency to be established at the World Health Organization (WHO). The aim will be to organize medical supplies worldwide.

Kickbusch, who is advising the WHO on the issue, says such an agency could be generally charged with distributing vaccines under policies ensuring "pre-set distribution keys and equitable guidelines."

In Germany, most of the country's largest drugmakers have already signaled their willingness to participate in the new WHO agency. In an emailed statement to DW, Han Steuter, the head of pharmaceutical industry group vfa, said member companies were fully committed to "making innovative treatments against COVID-19 available worldwide and for affordable prices."

Specific details about what commercial agreements between the industry and governments could look like are still being kept under wraps.

"What we need are assurances from politics that a certain volume [of the coronavirus vaccine] will be bought for a specific price," he told German newspaper Frankfurter Allgemeinen Zeitung recently, noting that companies would have to prepare for production now, in order to meet the huge demand there would be for a coronavirus vaccine.

"Our shareholders could argue: 'Why don't you focus on something more secure instead'," Loew added.

Risk-sharing agreements between governments and pharmaceutical firms are nothing unusual, says Kickbusch, and are even favored by an industry hugely dependent on public money to offer certain volumes and country-specific pricing models for some of their medicines.

It's still unclear if the United States will join the global effort to establish a WHO vaccine agency, after President Donald Trump canceled the participation of a US delegation in the May 4 meeting amid his criticism the health organization was too China-friendly.

After all, the US — unlike the EU — already has a vaccine agency of its own, called the Biomedical Advanced Research and Development Authority (BARDA). The body is working closely with many industry leaders, including European firms like Sanofi, to ensure a coronavirus treatment will be available for the American market in the first place.

German health officials have also made it clear production of a vaccine must be based in Europe. "Only if production is in Europe can we guarantee safe supplies," said German health minister Jens Spahn recently. 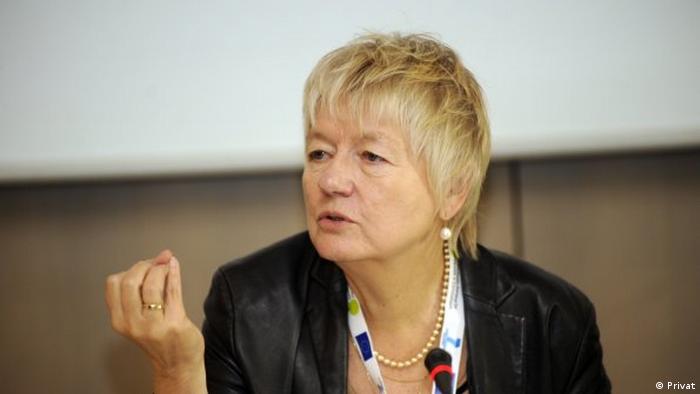 Ilona Kickbusch, a public health expert at the Graduate Institute of International and Development Studies in Geneva

Philanthropist and Microsoft-founder Bill Gates wants production capacities to be built up in the developing world, noting that poorer countries in Africa, Latin America and Asia would be served last if market power were to decide who gets access to a vaccine.

But Wasem thinks it highly likely that in the end "the willingness of economies to pay up" will determine where vaccine supplies arrive first.

The pandemic seems to be proving that when people are fighting for life or death, the spirit of international collaboration is conspicuously absent.She says that what began with national export bans for face masks and ventilators could now evolve into a type of "medical nationalism" affecting future vaccination campaigns worldwide.But vfa head Steutel disagrees, and says the debate about nationalist tendencies in current health policies is "misguided." He argues that the rules for distributing and supplying medical treatments are uniform globally.

"As soon as a vaccine is available, medical staff are inoculated first. Then it's applied to risk groups, and finally to the wider public," he says. He believes that many health services around the world will start vaccination campaigns "simultaneously, or with only a slight delay."