US President Trump is attempting to entice a German lab to develop a vaccine exclusively for the US, a German newspaper reported. The company, however, later rejected claims of a sale of the firm or its technology. 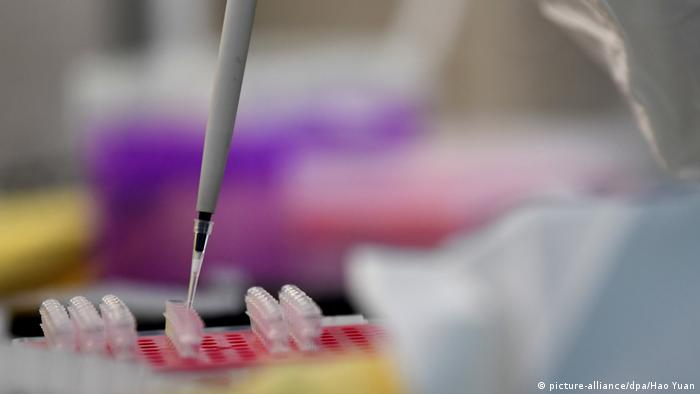 The governments of Germany and the United States are wrestling over the German-based company CureVac, which is working on a vaccine for the novel coronavirus, reported German newspaper Welt am Sonntag.

The prominent German media outlet reported, citing unnamed sources, that US President Donald Trump was offering large sums of money to German scientists working on a vaccine. He wanted to secure exclusive rights to their work, the newspaper reported.

However, in a news release, the company on Sunday rejected "any claims on a possible sale of the company or its technology."

The Welt am Sonntag newspaper had quoted an anonymous German government source as saying that Trump was doing everything he could to secure a vaccine for the United States, "but only for the US."

Vaccine 'for the whole world'

On Sunday, the head of CureVac's biggest investor said that an exclusive contract with the US was out of the question.

"We want to develop a vaccine for the whole world and not individual countries," the chief executive of dievini Hopp Bio Tech Holding, Christof Hettich, told the Mannheimer Morgen newspaper, echoing a similar statement in the company's press statement.

German Health Minister Jens Spahn told German public television that a takeover was not on the cards and that the ministry "has been in good talks with the company for the last two weeks."

Interior Minister Horst Seehofer said the matter would be discussed in the government's newly created crisis committee on Monday, while Economy Minister Peter Altmaier told German public TV that "Germany is nor for sale."

The company is based in the southwestern German city of Tübingen and works with the Paul Ehrlich Institute, linked with the German Health Ministry. It also has sites in Frankfurt and the US city of Boston.

The company hopes to have an experimental vaccine developed by June or July, and then to get approval for testing on people. The research into several possible vaccines had begun and the two most promising would be chosen for clinical tests, CureVac co-founder and chief production officer Florian von der Mülbe told Reuters on Friday.

Trump on Saturday tested negative for the coronavirus after potentially being exposed to several cases.

The COVID-19 outbreak, which started in China, has spread across the globe with more than 156,000 confirmed cases and 5,800 deaths. More than 70,000 people have recovered from the virus, which presents for most people as a mild to moderate illness, but can become a serious condition in others.

On March 2, CureVac's then-CEO Daniel Menichella attended a meeting at the White House to discuss coronavirus vaccine development with Trump and members of his coronavirus taskforce.

On March 11, the company announced Menichella would be replaced by company founder Ingmar Hoerr, without giving a reason why.