At a time when health officials are calling for mass demonstrations in favor of new antibiotics, drug companies have stopped making them altogether. Their sole reason, according to a new report: profit. 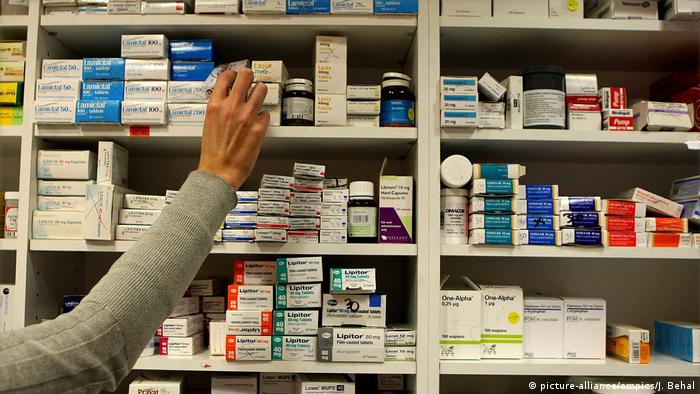 Even though doctors around the world are warning about the regular discovery of new superbugs, and saying that indiscriminate use of "last resort" antibiotics is threatening a major global health catastrophe, almost every major pharmaceutical company in the world has given up on research into new antibiotics.

According to an in-depth report from German public broadcaster NDR this week, the reason for this lack of preparation for the impending crisis is simple: Antibiotics simply aren't profitable.

Antibiotics are only used for a few days once in a while, and are being prescribed less as doctors become more aware of the dangers of overprescription. Instead, drug companies are focusing on lucrative medications for chronic conditions such as high cholesterol, arthritis, epilepsy and cancer.

Johnson & Johnson, Sanofi, Pfizer, AstraZeneca, Novartis, Otsuka and many others have all gutted their antibiotic development teams and moved those budgets elsewhere. This is despite a 2016 pledge signed by over 100 companies, including Johnson & Johnson and Novartis, saying they would help prevent the next epidemic by investing in ways to combat the rise of antibiotic-resistant "superbugs."

Some 33,000 people in the European Union die every year of illnesses related to superbugs, and hundreds of thousands more around the world, according to figures published in 2018.

This week, the British government said it had detected 19 untreatable superbugs in the past decade in the United Kingdom alone.

"For me it's absolutely clear that the pharmaceutical industry has a responsibility to society" that it is not fulfilling, Ursula Theuretzbacher, an expert in antibiotics development for the World Health Organization (WHO), told NDR.

Two major related factors are driving the rise in drug-resistant infections. One is the overprescription of antibiotics — a study in the British Medical Journal last January found that one in four antibiotic prescriptions in the United States was unnecessary, a proportion that was the same in the UK until a 2015 information campaign to raise awareness among doctors and patients.

Another issue is the indiscriminate use of "last resort" antibiotics, often by farmers trying to avoid problems with livestock.

A report this week in the British publication New Statesman revealed that Chinese farmers are giving their cows colistin, known as the "last hope" antibiotic, to stave off future infections despite warnings that doing so is putting human lives in danger. The report details how this practice has led colistin-resistant bacteria to travel from cows and now to chickens, which means it is mobile and can transfer to humans.

A new weapon against hospital germs

Thomas Cueni, the head of the International Federation of Pharmaceutical Manufacturers and Associations (IFPMA), denied to NDR that the industry is forgoing its responsibilities to world health. He insisted that in 2016, $2 billion (€1.8 billion) was invested in research and development into antibiotic resistance. However, not only is this a drop in the bucket of drug companies' funds, it was applied to projects that also included preventative therapies and diagnostics.

Overprescribing antibiotics in the Czech Republic

The figure Cueni mentioned is also three years old, and in that time a number of projects have been shuttered, smaller companies who had pledged to do more have gone bankrupt, and larger companies like Johnson & Johnson have categorically admitted that they have "no further antibiotics in development."

Sally Davies, the UK's chief medical officer, has warned that a "post-antibiotic apocalypse" is imminent, one that would spell "the end of modern medicine." She has called for an "Extinction Rebellion" type of protest against the lack of action by governments and drug companies, saying these terrible diseases could destroy humanity before climate change.

The scientific consensus is clear, with the United Nations estimating that drug-resistant infections could begin to kill 10 million people annually by 2050.

You may only know the Tasmanian devil as a cartoon character - the one that's out to get the bird. But Australian scientists say the real thing may carry a deadly weapon against dangerous superbugs. (18.10.2016)