Sieren′s China: After coronavirus, Beijing won′t be economic savior | Asia | An in-depth look at news from across the continent | DW | 03.05.2020

Consumption in China is only picking up slowly, not least because of highly indebted private households. Beijing still has some stimulus leeway, but Western economies are unlikely to benefit, says Frank Sieren. 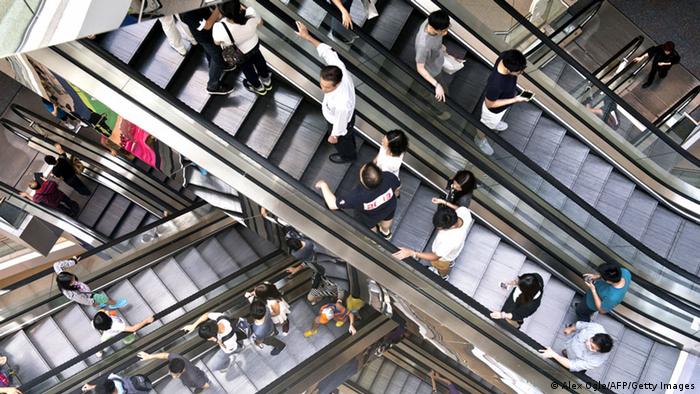 It was certainly unusual that the central bank released the results of a poll that had been done last October. It showed that the Chinese had high levels of private debt even before the coronavirus crisis, meaning the bank has less leeway than previously thought.

Around half of the 30,000 Chinese households polled are in debt, with an average level of debt of $72,000 (€65,000), two thirds of which are down to mortgages. It means that 60% of private household assets are invested in property; a mere one-fifth are cash investments.

The main political implication of this poll is that by publishing it now the central bank may well have intended to hint that the government's measures so far may not suffice to boost the economy after coronavirus.

According to Swiss bank UBS, Beijing has enacted a stimulus program worth 4% of GDP, compared with a package equivalent to 10% of GDP after the world financial crisis. In 2016, government stimulus measures amounted to 2% of the country's economic output.

Arguing behind the scenes?

There may well be differing views behind the scenes. One side may argue that the Chinese have a lot more reserves than the Americans. While the Chinese save around a third of their disposable income, people in the US put aside just 7%, making the debt situation less dramatic in China. But, some may argue, it should mean that sovereign debt should not be allowed to rise substantially once again.

Others may insist that government spending is now more important than ever, to boost the economy and avoid an even heftier bill in the future.

What's clear is that the Chinese economy is facing huge challenges after the coronavirus crisis. First-quarter GDP contracted by 6.8%, the worst reading in decades. It is therefore astonishing that the government believes it can rectify the situation with measures worth just 4% of output.

Boosting consumer spending should take priority as the service sector has long been the engine driving China's growth, accounting for around 60% of overall output. In January and February, retail sales plummeted by 20%, in March the drop still stood at around 16%.

It is fair to say that the worst is likely over and that the economy is slowly getting back on track. But unlike after the SARS epidemic, consumption did not pick up suddenly; it is increasing gradually. People remain cautious, not least due to the fear of a second wave of infections.

According to a study by China's Southwestern University of Finance and Economics based on polls of 28,000 households, more than half of those surveyed plan to save more and spend less after the pandemic subsides. Around 40% said they would not change their habits, with just 9% planning on spending more than before the pandemic.

Whether that would be enough to bounce back from the first-quarter contraction remains to be seen. Apart from the higher levels of household debt, a key difference to the post-SARS period is the importance consumption now has in China's economic performance.

Unlike governments in Europe, the US and Japan, who have launched comprehensive stimulus plans, Beijing is going for a scattergun approach to get the economy back on track. It has announced tax breaks, interest rate cuts, and it is also paying back some social security contributions. 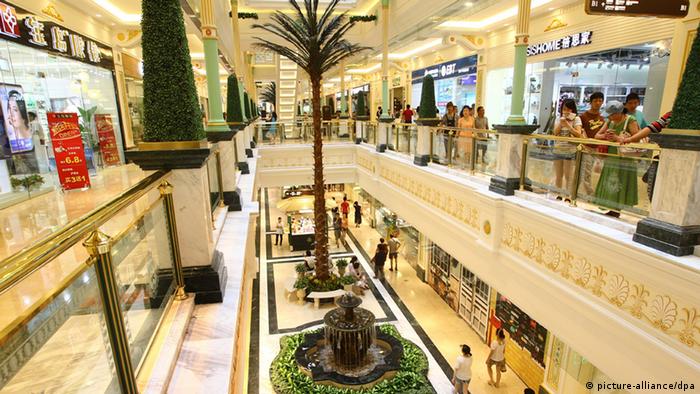 It has also approved consumer vouchers and liquidity aid for companies. In the eastern city of Hangzhou alone, vouchers worth $64 million were redeemed in the space of 56 hours.

A long weekend is being discussed in several provinces to boost domestic tourism, where revenues are expected to drop by 69%.

However, there are unlikely to be any major infrastructure projects. "Too many aggressive stimuli may lead to inflation and a rise in debt quotas," a central bank spokesperson said. The market for the building of blocks of flats, airports and high-speed trains is more saturated than 10 years ago anyway.

It looks as though, this time, China will refrain from boosting the global economy by taking on higher levels of debt. Beijing is trying to achieve the biggest effect by doing as little as is absolutely necessary — at least for now.