After coronavirus, don′t write off China as world′s factory | Business | Economy and finance news from a German perspective | DW | 27.04.2020

After coronavirus, don't write off China as world's factory

The coronavirus pandemic has exposed the overreliance of companies and governments on China for just about everything, from cars to medicines. But they will not be packing up and leaving China anytime soon. 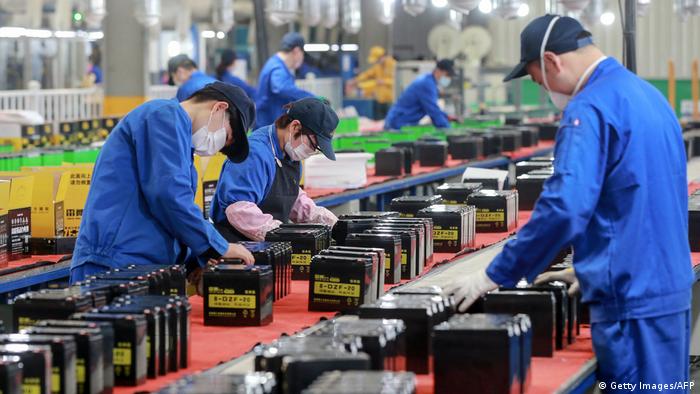 The COVID-19 pandemic and sweeping measures to contain it have disrupted global supply chains, bringing factories to a screeching halt and leaving supermarkets, unable to replenish stocks, with rows of empty shelves.

As the world's companies gradually take lessons from the unprecedented disruptions caused by the current crisis to be better prepared against future shocks, dumping China — the world's production hub — for good may not be something that most of them are likely to consider.

"I don't think China's role as a major source of manufacturing is going to be eliminated. They will continue to be so, maybe at a somewhat lower level, maybe in certain industries less. There will be changes, but overall, the structure would persist," Morris Cohen, professor of Operations, Information and Decisions at The Wharton School, told DW. "People are saying we will now bring all manufacturing back home to the US. Be sure, that's not going to happen. Those jobs have probably left for good."

China emerged as the central player in global supply chains over the past two decades as Western companies set up major operations in the Asian economic powerhouse to minimize costs and cater to the world's most populated country.

The country today accounts for almost 20% of global GDP, thanks to the staggering rise in foreign investments. According to a recent survey by a German firm, four in every five major companies rely on Chinese suppliers.

China's clout on global supply chains was evident even before the coronavirus spread globally and was limited to a few provinces in the country, including Hubei — a key manufacturing hub. As China completely locked down the most affected regions to contain the virus, companies around the world felt the heat. Some like Fiat Chrysler and Hyundai were forced to halt production as they could not get parts from China.

The current disruption is expected to prompt companies to diversify away from China to countries such as Vietnam, Malaysia and the Philippines as they look to minimize risks and localize their supply chains.

To be clear, companies have been relocating their operations out of China for a few years now, driven mainly by rising labor costs in the country. The relocations gained momentum during the height of the US-China trade spat in 2018-19, when companies looking to avoid higher tariffs and rising tensions between the world's largest economies shifted their operations to neighboring countries.

"During the coronavirus crisis, a lot of companies looked for alternative sources outside of China. Some of them found them, others could not find them in such a short period of time. Those who found alternative sources will continue to use them in the future," Knut Alicke, a supply chain expert at consultancy McKinsey, told DW.

Experts, however, agree that even as companies set up operations or look for suppliers in other countries, they will continue to maintain a strong presence in China — a strategy they refer to as China + 1 — to cater to the country's huge domestic market. There is also an understanding that other economies may not have the capacity in terms of skilled labor, infrastructure and raw materials to meet the demands of the firms looking for alternatives to China.

More than 70% of companies surveyed by the American Chamber of Commerce in China (AmCham China) in March said they had no plans yet to relocate production and supply chain operations or sourcing outside of China due to COVID-19.

"In contrast to some global narratives, our China-based data suggests that the majority of our members will not be packing up and leaving China anytime soon," said Alan Beebe, president of AmCham China. "It is worth emphasizing that China appears ahead of the global curve when it comes to restarting the economy following months of lockdown, and many of the reasons why companies are in China in the first place still hold true today." 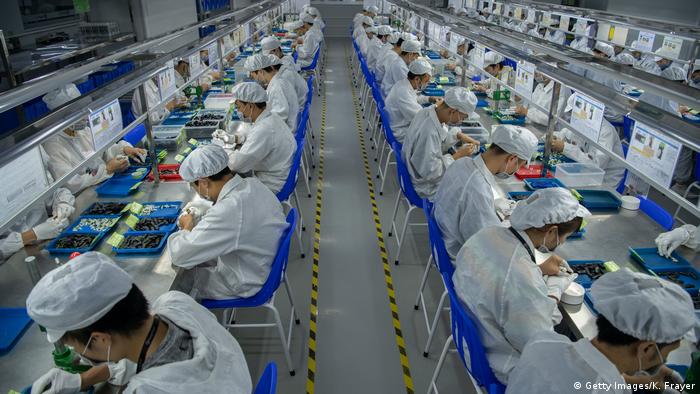 No big economic player the world over can ignore China with its massive production capacities, and that's not going to change anytime soon

But there is at least one industry where things could pan out a little differently: the pharma sector. The coronavirus pandemic has exposed the overreliance of companies and governments on China for vital drugs and medical equipment such as face masks and ventilators.

China, along with India, plays a crucial role in the world's pharmaceutical supply chain. China produces between 80% and 90% of the global supply of active ingredients for antibiotics, and Indian companies lead the production of generic medicines.

Chinese pharmaceutical firms have supplied more than 90% of antibiotics, vitamin C, ibuprofen and hydrocortisone in the US in recent years, according to Yanzhong Huang, a health expert at the Council on Foreign Relations, a US think tank.

Although the current disruptions due to the pandemic haven't caused major drug shortages, largely thanks to companies maintaining eight-10 months of inventories, they have spurred calls to end China and India's stranglehold on the industry by relocating the production of medicines to the US and Europe.

"We didn't fully recognize how risky that is. You have a single source and if that source gets disrupted, you're in big trouble. So, the prudent, rational thing is to rethink and maybe have multiple sources," Cohen said. "I think pharmaceuticals companies will react quickly because the risks and the consequences of disruption are huge and it's not that difficult to shift the production. It may be more expensive, but it's not like moving a steel plant or an auto factory."

Supply chain experts say the current outbreak could prompt companies to make their supply chain more resilient by boosting inventories, enlisting alternative suppliers — likely closer to home — and using data and technology to keep a better tab on even their lowest- tier suppliers and customers.

Similar observations were also made after previous disruptive events such as the 2011 Japan tsunami and the meltdown at the Fukushima nuclear plant, the 2002-03 SARS outbreak and the 2008-09 global financial crisis, but not many companies bothered to adopt those risk-mitigating measures. Most of the companies, which are constantly looking to drive down costs, were deterred by significant investment costs.

"In the past few years, whenever there has been a crisis, people would start to think: We need to do something, we need to set up business continuity functions, we need to work on supply chain risk management. After six months when the crisis was over, this discussion was also over," Alicke said. "That was frustrating for people working on supply chains."

However, Alicke says the severity of the current crisis might finally force companies to act.

"It's a combination of factors. This crisis is much more severe and the impact is much higher. The supply chains are much more connected these days. China did not have the same hold on the global supply chains nine years back when Fukushima happened as it does now. And there is also a growing investor pressure on companies to ensure that their supply chains are resilient," he said.

Despite the racist hostilities against Africans, China's influence in Africa is expanding as Beijing races to help the continent from the impact of the COVID-19 pandemic. (25.04.2020)