Saving Italy′s truffles (not the chocolate kind) | Environment| All topics from climate change to conservation | DW | 23.12.2016

Italian white truffles are becoming increasingly rare. Now a group of truffle lovers and environmentalists has launched a crowdfunding campaign to protect the world-famous luxury mushroom from extinction.

Licensed truffle hunters forage for them from autumn through late February with dogs trained to recognize their scent. Growing spontaneously in the earth in just a few regions of Italy and central Europe, white truffles have a unique flavor and aroma.

But another reason the price is so high is that white truffles are becoming increasingly rare. Over the past 25 years, there has been a 30 percent decrease in truffle production - and, in some places, they are disappearing altogether.

Now, the Union of Piedmontese Truffle Hunters and the National Truffle Study Centre have gotten together with other like-minded groups to create the crowdfunding initiative "Breathe the Truffle," aimed at saving their precious mushroom. 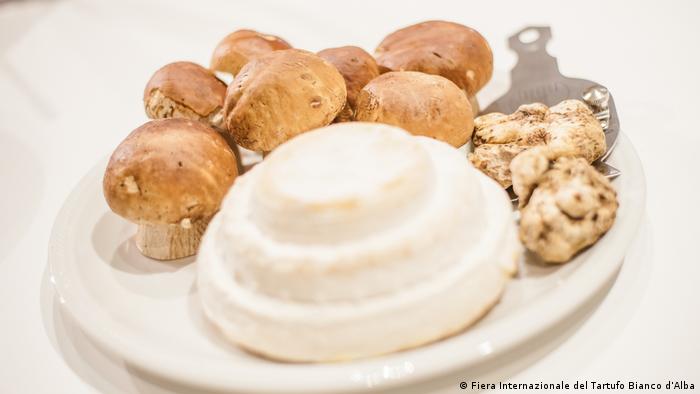 The project's main promoter is the historic International Alba White Truffle Fair. Alba is a small town in the heart of truffle territory in the Langhe and Roero region south of Turin. The fair attracts around 100,000 visitors each year from all over the world - so truffle well-being is of paramount importance to the organizers.

Breathe the Truffle aims to raise 50,000 euros ($54,000) by the end of the year to finance an ambitious environmental project to protect existing truffle-growing areas and create new truffle beds.

One of the coordinators is local naturalist Edmondo Bonelli. Last year, he co-founded the Save The Truffle movement with Carlo Marenda, a truffle-hunter he had met by chance in woodlands just outside Alba.

In spite of their different backgrounds, Bonelli says they shared a common aim, since preserving truffle beds and optimum truffle-producing conditions means maintaining and fostering a balanced ecosystem with a high level of biodiversity.

"The truffle is the most fascinating example of biodiversity in the area because of its very particular biology," says Bonelli. "It is a fungus in all effects, and its fruit is the bit we call a truffle." 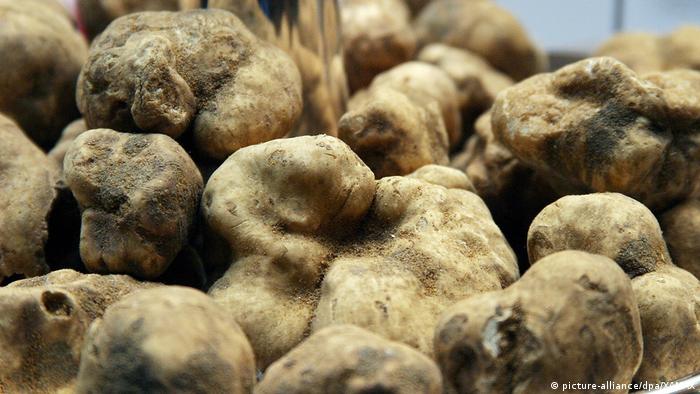 Bonelli explains that the real truffle actually consists of a sort of lattice or web of threads which runs underground and lives in symbiosis with the plants above the ground.

"When this lattice finds itself in the right positive conditions, it bears fruit."

In recent years, Piedmont's truffle hunters say that areas once rich in white truffles now produce far fewer or even none at all. And in some places the truffles are much smaller than they used to be.

What has gone wrong?

Edmondo Bonelli says there are several reasons for the decline in truffle production.

The hardest one to tackle is climate change. Truffles need constant humidity during the summer, but the region's once well-distributed annual rainfall pattern has changed and they now have very concentrated, violent rainfalls.

Another factor impacting on truffle production is the flourishing wine industry. Piedmont produces some of Italy's finest wines, such as Barolo, Nebbiolo and Dolcetto. In recent years, historic woodland areas have been cleared for new vines. This is because, as Bonelli puts it, truffle-hunting and wine-making behave like "two kings" who live in the same kingdom, but ignore each other.

"What we are really trying to do is get these two kings to speak to each other."

Part of the "Breathe the Truffle" campaign is to get wineries to recognize the importance of maintaining the biodiversity of the hills, allowing truffles to grow alongside vineyards. 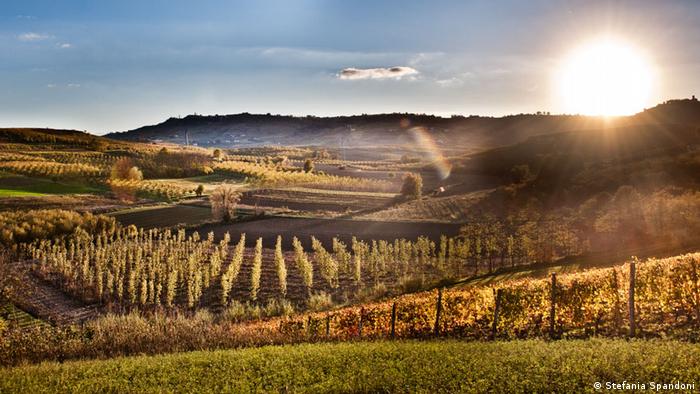 "You can plant a few of the right plants on the edges of the vineyard," says Bonelli, "and those isolated plants can easily produce truffles." Increasing biodiversity, he continues, will also improve wine quality.

The third major problem to address is the neglected, overgrown state of the woodlands, once kept clear by locals collecting firewood and fodder for their livestock.

Particularly damaging is the unchecked presence of invasive, nonnative species like the American black locust. Its rampant spread stifles the growth of native species.

Equally dangerous is the spread of the Chinese tree of heaven (ailanthus altissima). On the blacklist of the most globally invasive plants, it not only takes up space but also synthesizes toxic substances in its roots. "If it reaches a truffle area," states Bonelli, "the truffles will disappear immediately." 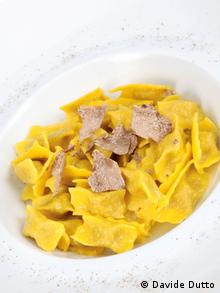 If the crowdfunding campaign raises enough money, "Breathe the Truffle" will begin the major job of clearing several local woodland areas. Bonelli and a team of technicians will coordinate the uprooting of invasive species, while volunteers will help with clearing and planting new trees and shrubs.

Giacomo Carpignano, president of the Monferrato Truffle Hunters Union, is an enthusiastic supporter of the project. With 50 years of truffle hunting experience under his belt, he is heartened by the way younger truffle-hunters are pulling together.

"They work hard clearing the areas where truffles grow, clearing the paths and the old roads. They have fallen in love with the land, not just the money they can make from it," he says.

That the "Breathe the Truffle" team will continue to monitor and maintain Piedmont's woodlands in the coming years is an idea Carpignano also welcomes.

"If everyone has the will to plant more little plants," he says, "it means my grandchildren will have the privilege of going truffle-hunting in the future, and finding their own white truffles and their own passion."

Germany is Europe's biggest importer of ostrich - and even farms its own. But are the big birds a healthy, sustainable alternative to more traditional meat? And how do the African giants manage harsh European winters? (22.12.2016)