Germany is Europe's biggest importer of ostrich - and even farms its own. But are the big birds a healthy, sustainable alternative to more traditional meat? And how do the African giants manage harsh European winters? 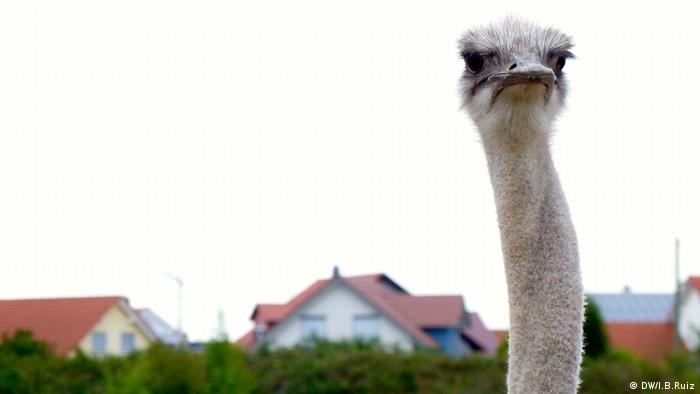 With its wet, cold winters, Germany sounds like the last place an ostrich would be at home. But for a couple in southern Germany, raising these feathered African giants is a way of life.

Uschi Braun and Christoph Kistner have run Mhou Farm in Rülzheim for 20 years. It's not just a business, they say, but a way to connect with nature and offer healthy, sustainable meat.

And they are not the only ones. There are around 150 commercial ostrich farms across Germany. Germans, it seems have a taste for the big bird - and aside from the home-grown variety, import more of its meat from South Africa than any other country globally.

But not everyone is happy to see ostrich on the menu. Animal welfare activists argue these magnificent birds belong to the wild, and breeding them in Germany is nothing short of unnecessary cruelty.

Mhou Farm has become a popular local attraction for animal lovers and tourists. But many come to do more than admire the livestock - they are here for the meat, which they can sample at the farm's own restaurant. 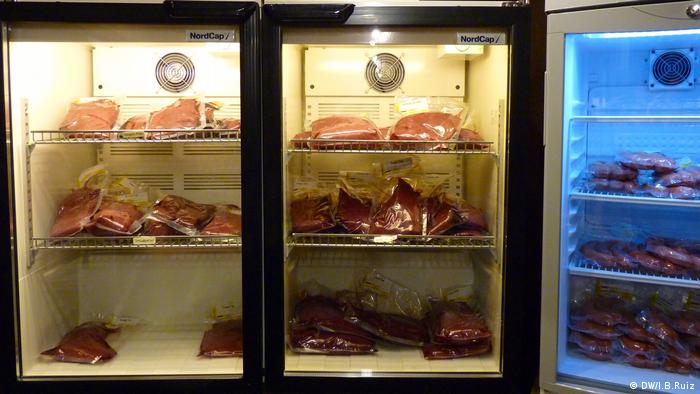 Braun says their customers are a diverse bunch. "We have an eco-mother riding her bike and wearing a homemade pullover, a nun from the convent who always buys goulash, doctors, scientists ..." the list goes on.

With ostrich steak fetching 36 euros per kilo (about $17 per pound), what they have in common is willingness to pay a premium price for what the farmers say is a high quality and healthy choice of meat.

"Many argue the meat is more expensive than others - however, it's better to eat less meat, but of higher quality," Braun says.

A red meat, ostrich has very little fat, low cholesterol and a high protein content. Around 100 grams of ostrich meat contains 142 calories, compared to 256 calories in pork, 215 in lamb and 209 in beef, according to the British Domesticated Ostrich Association.

But it's not just health reasons that make ostrich so popular. Andrzej Pazgan, an expert on livestock farming at People for the Ethical Treatment of Animals in Germany, says animal welfare and sustainability are also a major factor for German consumers.

"They have seen pictures from pig and chicken farms that show the suffering involved in animal farming," Pazgan told DW. "Now they are looking for alternatives, and this meat is marketed as a sustainable choice."

A question of climate

But Pazgan insists this is a misconception, as the birds are fenced in and prevented from raising their chicks, just like other animals farmed for their flesh. 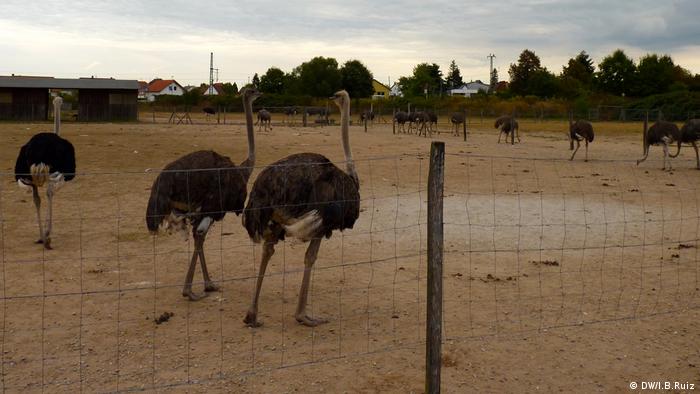 The German Animal Welfare Association, meanwhile, argues ostriches are native to the African tropics and subtropics, and cannot adapt to harsh German winters. Keeping them shut indoors - once they are no longer tiny chicks - isn't even up for discussion.

However, Ostrich farmers are ready with an answer to this: Ostriches are not originally from Africa, they say. The giant bird evolved about 55 million years ago in Central Asia, from where they spread to Western Europe and then to Africa. As recently as 10,000 years ago, ostriches lived climatic conditions similar to modern Germany.

"People always think ostriches come from Africa and they therefore need a hot, dry climate," Braun says. "But this is wrong, it's just prejudice." 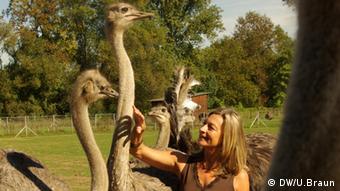 She maintains that with their wonderful coat of feathers and a layer of fat lining their thick skin, the birds can adapt to different climates. In fact, Braun claims they do better in cooler conditions than those that are too arid. "Here, they have green meadows to graze virtually all year round," she says.

When Braun talks about her animals, her face glows like a mother discussing her children. "The ostriches live in big open air spaces, in freedom, never caged,” she says. "And each of them develops a different personality, it's amazing."

Chicks to the slaughter

Braun says she and her husband have invited almost all of Germany's animal protection organizations to visit the farm. Some took them up on the offer. Others refused.

"Prejudices are the biggest problem," Braun says. "But those that came here and have seen it for themselves realized the animals are doing great here, they prosper, get along well, grow up and flourish."

Flourish they may, but ultimately the farm is a commercial enterprise and the day comes when the birds are turned from beloved chicks to market-ready meat. Braun says the optimum age for slaughter is from 10 to 15 months, when the animal is almost full-grown, the meat tender, the leather flexible and the feathers in full splendor.

The young birds are sent to slaughterhouses where they are electrically stunned, bled, plucked, washed and then skinned. Braun admits it's not a process she could perform herself, but something the carnivores among us have to accept. 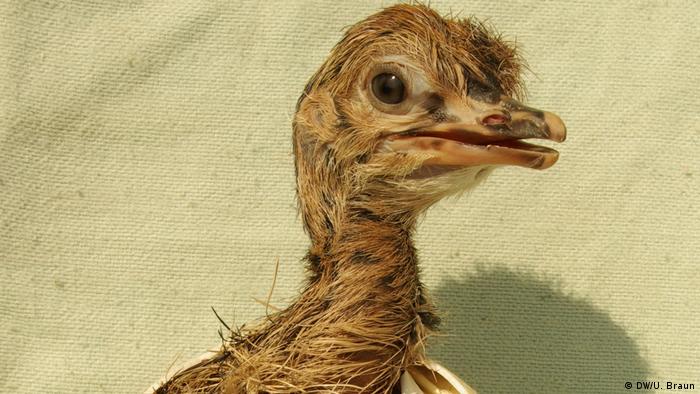 A new-born chick at Mhou Farm. At 10 months old it will be sent to the slaughterhouse

"When people criticize the cruelty of slaughter but eat meat, I find it nonsense," she says. "Killing an animal is always cruel - but we try to reduce their suffering as much as possible."

In any case, there are plenty of customers who aren't put off by food from the slaughterhouse. In Germany ostrich meat continues to agin popularity, even as sales decline in the rest of Europe, according to the German Association of Ostrich Breeders.

Braun doesn't believe the German market for ostrich will ever challenge that of pork or other popular meats, mainly because it requires so much space. But she is convinced ostrich farms have a promising future so long as they are well maintained.

"The animals must be the priority," she stresses. "Before I drink my tea in the morning, I have already taken care of all my animals."

Still, critics like Pazgan are unlikely to be softened by such sentiments. "There is only one sustainable way of feeding our world population: plant-based agriculture," he says.

Germany is home to 83 million people. But that isn't the country's total population: It's also home to about 27 million pigs, 12.6 million cattle, and nearly 40 million egg-producing hens. Their lives are very hard. (25.08.2016)

Polar bears in captivity: Does it help or hinder conservation?

The suffering of the moon bears