Germany is home to 83 million people. But that isn't the country's total population: It's also home to about 27 million pigs, 12.6 million cattle, and nearly 40 million egg-producing hens. Their lives are very hard. 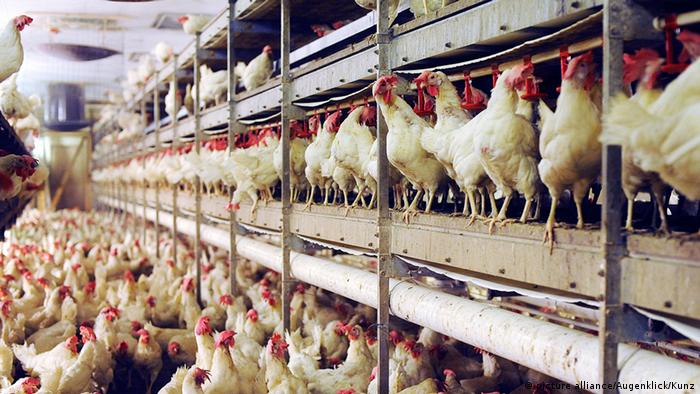 Many of these animals live their lives densely crammed together in industrial-scale agri-production facilities, under conditions that cause chronic distress to the animals - and would likely cause distress to many a meat- and egg-eater if they knew more about how factory-farmed food animals live out their lives.

"I think the majority of citizens in this country are in agreement with me that the current developments in mainstream agricultural practices aren't pointing in the direction of the future we want to see," said Germany's federal environment and construction minister, Barbara Hendricks, as she announced a new regulatory initiative to cap the trend toward ever-larger factory farms in Berlin on Wednesday. 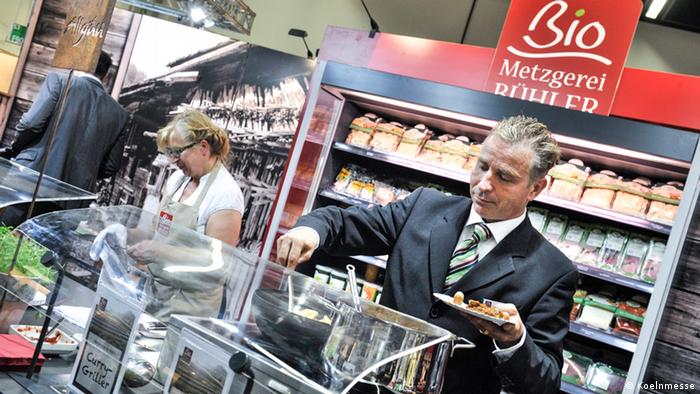 Polls have shown that the number of Germans who prefer organic foodstuffs over mass-produced ones is growing. They are even prepared to pay higher prices for them. But so far, discount retailers still dominate the market.

"Even as ever more factory farms are set up, smaller-scale family farms are being pushed to the margins of financial survival," she said.

Hendricks isn't alone in her quest to nudge German farming in a more humane, smaller-scale, and environmentally friendly direction. She's getting support from an alliance of several influential environmental, animal welfare and ethical farming organizations, including the farming groups AbL and NEULAND, environmental groups BUND and EuroNatur, and the national animal welfare society.

"We need to finally see a policy strategy that emphasizes quality rather than quantity, so that better animal care and protection can be achieved in German barns and stables," said Thomas Schröder, president of Germany's national animal welfare society. "Livestock-keeping regulations must be tightened considerably in order to make it more difficult for farmers to keep animals in inhumane conditions."

The alliance called on Germany's minister of agriculture, Christian Schmidt, to support Hendricks's initiative. In a statement released Wednesday, it said Schmidt should at long last substantially improve farm animal protection standards, and ease licensing procedures for especially animal-friendly practices - such as straw beds, and room to run about.

The alliance also called for a fundamental reform of agricultural policy at national and European levels, arguing that European Union farm subsidy payments should be restructured to become an instrument for the promotion of ecologically sound family farming.

Business incentives at odds with quality of life

The economics of meat, milk and egg production provide incentives for factory farms to grow to enormous sizes, with as many animals packed into as small a space as possible. In addition to causing endless distress to the animals, factory farms also produce a great stink, and they're a source of mountains of excrement that can pollute nearby waters, depending on how they're disposed of.

That's why Hendricks has announced a new initiative to develop an "improved regulatory framework for the limitation and reduction of the environmental impact of intensive livestock farming," according to an environment ministry statement.

Talk: Is conventional agriculture in crisis?

Hendricks wants to close regulatory loopholes that have allowed agri-businesses to impose huge, pollution-intensive factory farms on the landscape despite local community resistance. Her proposed changes will give local councils more say on whether large barns are given construction licenses.

Not everyone is happy about the minister's initiative. The German Farmers Association (DBV), a powerful lobby group for conventional farmers, said in a statement that existing regulations suffice to manage the appropriate licensing of factory farms, and suggested that Hendricks' initiative was merely intended to curry favour with voters before next year's federal election.

"Those who want to enable regional food production must support construction of regional [factory farm scale] barns," said Bernhard Krüsken, the DBV's general secretary. "Those, like construction minister Hendricks, who want to make that more difficult, are sealing the end of farm animal husbandry in Germany."

That's a very different perspective than that share by the pro-reform alliance of groups that support Hendricks's initiative.

"It's irresponsible for the state's licensing process to continue to support the construction of industrial barns that allow animals so little space that they turn to cannibalism," said Jochen Dettmer, CEO of NEULAND, an association of farmers committed to humane and environmentally friendly livestock-keeping.

"Factory farmers have reacted to the problem by prophylactically cutting the tails off of pigs and docking the beaks off fowl - practices which are inconsistent with existing animal welfare law," Dettmer pointed out. 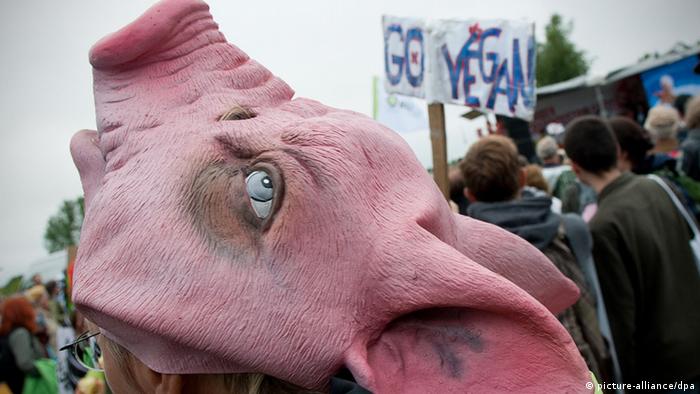 More and more Germans are protesting against factory farming methods. For instance, in the eastern German town of Haßfurt locals are legally contesting a decision by regional authorities, which have allowed a Dutch pig farmer to build a farm holding 37,000 animals.

At both federal and state levels, a long-overdue overhaul of the regulatory framework is needed to prohibit practices that cause torment to animals, the alliance argued.

"We strongly welcome the fact that Federal Environment Minister Hendricks is taking up our long-standing calls for government to end building-code privileges for large factory farms, and for making exhaust filters mandatory for large enclosed barns. Both measures will strengthen the position of farms with more socially acceptable animal husbandry practices," said Martin Schulz, a NEULAND farmer who is head of "Arbeitsgemeinschaft bäuerliche Landwirtschaft" (AbL), an association of small and medium-scale independent farmers.

While the members of the alliance may be in broad agreement, the devil is in the details. AbL, the association of small independent farmers, offered only cautious support for new pollution measures that might increase farmers' operating costs.

"Hendricks's other proposals for new pollution control regulations relating to the spreading of slurry and manure, and proposals affecting the Water Act, can be evaluated only after the details become available," AbL chief Schulz said.

Millions of pigs, turkeys and chickens may see their lives improved as a result of a new livestock welfare improvement fund set up by a consortium of German farming, meatpacking and grocery retail industries. (13.01.2015)

Factory farming is under pressure, socially and economically. More and more people are rejecting factory-farmed meat.