The joy of renting chickens in Germany | Germany| News and in-depth reporting from Berlin and beyond | DW | 28.04.2016

People routinely rent cars, houses and DVDs - but what about chickens, bees and rabbits? They're all for rent in Germany these days. 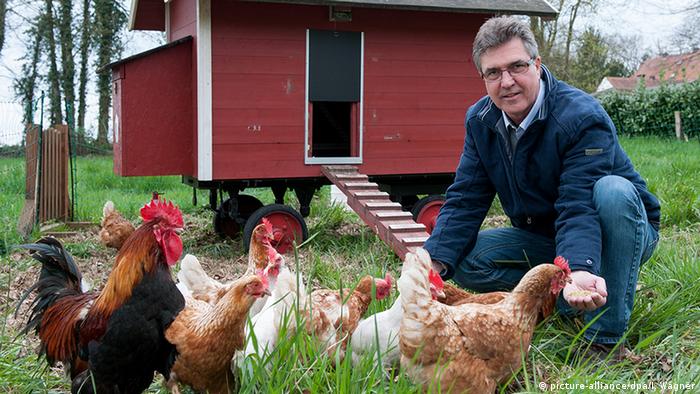 Rent-a-Huhn: For 75 euros ($85) per week, Ralf-Wigand Usbeck offers five laying hens complete with a mobile coop, a ready-made fence and chicken feed. Usbeck delivers and sets up in the customer's yard. All the customer does for the suggested minimum two-week rental period is water, feed - and collect the eggs. Five hens lay about three eggs a day.

Usbeck only started his business this year, but demand is already enormous, the 57-year-old says. His three coop-and-hens units are just about booked solid to private households, kindergartens and nursing homes through the end of the year, so he's planning on expanding.

Animal rights activists aren't as enthused, however, arguing that animals aren't goods you can pass from one person to the next. The German animal welfare federation agrees, saying renting animals reduces them to objects.

"I love my chickens," Usbeck told DW. Being moved to different yards every few weeks doesn't faze them at all, since the set up always includes the coop they're used to. Chickens aren't like dogs, the father of three boys says and laughs. "They are attached to the person who feeds them."

Usbeck doesn't want to stress the animals with a long transport from his farm in the town of Achim in the northern German state of Lower Saxony, so he rents them out no farther than 150 kilometers away.

"The hens are very relaxed when I pick them up again - and so are the customers, who are often sad to see their feathery friends leave," Usbek says. Many have told the entrepreneur, whose main job is in marketing for a software firm, that listening to the hens clucking and scratching in their enclosure has a soothing effect.

The bunnies and the bees

Other entrepreneurs in Germany rent out bunnies, bees and even dogs. 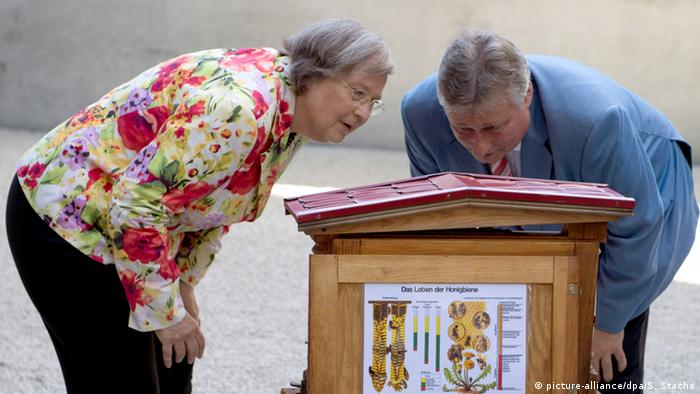 This beehive is on the Bundestag's premises in Berlin

There's no work involved at all for people who rent a beehive from Dieter Schimanski in Bremen. The beekeeper founded Bee-Rent to help ensure the survival of Germany's bees. For a monthly fee of 169 euros over a period of 12 months, he delivers the bee box, tends to the bees and harvests the honey for the customer. At an average of 30 kilos per year, that's a sweet treat with no strings attached.

Mandy Schmidt in Dolgen am See near Rostock runs an emergency center for rabbits, and rents the furry bunnies out to people whose rabbit needs a companion.

The list of animals for rent doesn't stop at man's best friend, either. "Our dog is your dog": Katrin Rösemeier founded the Bluebello agency to rent dogs to lonely senior citizens. The Hameln-based agency also delivers the dog food and takes the pet to the vet. Rösemeier promises to take the animal back, too, when and if the aging customer can no longer take care of the pooch.

Every year billions of chicks are killed as soon as they hatch simply because they are male. The German parliament has decided not to ban the practice. It's feared a ban would weaken German agriculture. (18.03.2016)

Mangos, chocolate, apples and other produce could disappear as bees and other pollinator populations decline. (26.02.2016)

The UN's first ever report on biodiversity warns that bees, butterflies and other pollinators are at risk of extinction. Such a development would threaten human food supplies and cost hundreds of billions of dollars. (26.02.2016)