Members of the Saudi government are visiting the US and China. In both countries, they are striving for good relations - and their traveling diplomacy shows that the kingdom is exploring new paths. 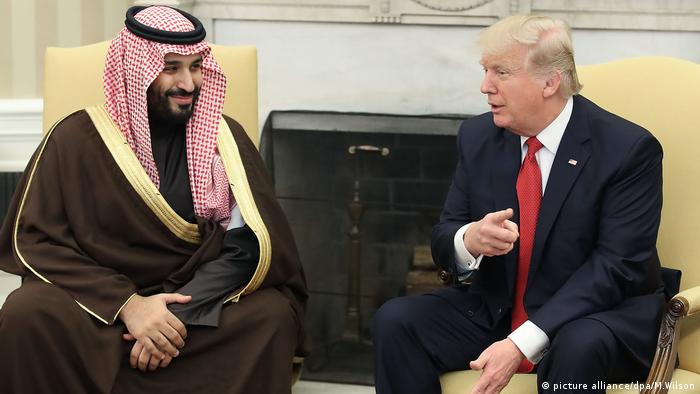 The Iranian-Saudi Arabian conflict: Does the West have a skewed view?

The West often boils down the difficult relations between Iran and Saudi Arabia to sectarian conflicts between Wahhabists and militant Shiites, but the rivalry is much more complex. (27.02.2017)

Saudi Arabia is closing the King Fahd Academy in Bonn by the end of the year, Saudi diplomats say. Many Germans were wary of the school, which has been suspected of attracting Islamists to Germany. (29.08.2016)

In a DW interview, ICG's Tim Johnston said that Rohingya insurgency has links with Saudi Arabia and Pakistan, but the motivating force is not so much jihadist ideology as anger at the treatment of Rohingya in Myanmar. (16.12.2016)

Tehran has claimed that 10 countries are willing to mediate a reconciliation between regional adversaries Iran and Saudi Arabia. The two countries oppose each other in the Middle East's many conflicts. (20.01.2017)

The Saudi monarch's rare month-long trip takes him to strategically important nations in the economically fast-growing region, with which Riyadh wants to deepen commercial engagement and socio-political ties. (01.03.2017)

King Salman is on a month-long tour of Asia, signing massive business deals on each stop. China sees Riyadh as an increasingly important partner as it bolsters is international presence in the middle east. (16.03.2017)

Former US President Barack Obama has criticized the travel ban policy of his successor, Donald Trump. It comes as Washington's attorney general filed a lawsuit against the executive order, labeling it unconstitutional. (30.01.2017)

A "historic turning point" had been reached: That was how an adviser to Saudi Deputy Crown Prince Mohammed bin Salman (l. in above photo) described relations between the kingdom and the US under new US President Donald Trump, although he admitted that there had previously been some differences between the two countries.

Now, however, the crown prince bent over backwards to offer pleasantries, calling Trump a "true friend" of the Arabs and declaring that he did not believe Trump's attempted travel ban was aimed at Muslims. Rather, the deputy crown prince stated, the US simply wanted to protect itself from terrorism.

Trump and his ministers believe Saudi Arabia plays a key role in the Middle East, explains Simon Henderson of the Washington Institute for Near East Policy. After years of relative alienation between the kingdom and the US, a new beginning seems possible again. Deputy Crown Prince Salman obviously wanted to take advantage of the opportunity, uttering civilities that not all critics of the travel ban found to be appropriate following national and international protests.

The two men agreed on one thing in particular: "They have the same views on Iranian expansion in the region," the Saudi adviser noted. President Trump's assessment of Iran is indeed clearly distinguishable from that of his predecessor, Barack Obama.

The dialogue between Washington and Tehran that was initiated by Obama was seen in Riyadh as undermining the decades-long Saudi-American partnership, according to "Foreign Policy" magazine: "In Saudi Arabia, people think that Obama intentionally created a dangerous vacuum in the region, which is now being filled by an Iran that wants to spread violence and chaos and ultimately even hurt the Saudi royal house." 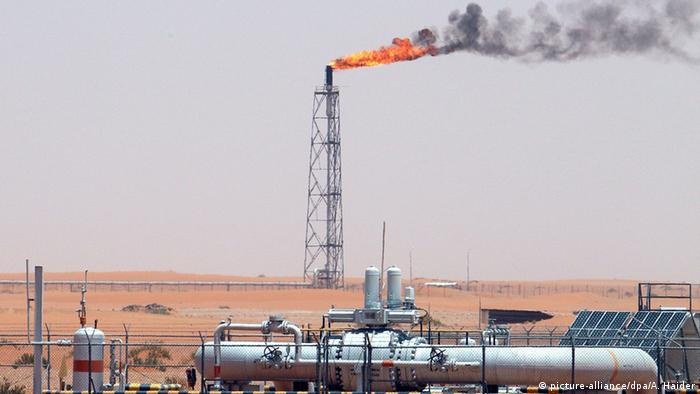 Beacon of the economy: Oil remains the most important export product of Saudi Arabia

The Iranian-Saudi conflict is currently being waged on several fronts and at several levels. For example, Saudi Arabia is mainly fighting the Huthi rebels in Yemen, which it considers to be proxies for Iran, the concern in Riyadh being that Tehran wants to use them to gain a foothold in the Arabian Peninsula. Saudi Arabia and Iran are also confronting one another in Syria. The war there has long become a multilayered, highly complex conflict in which Iran, as the ally of Bashar al-Assad, stands opposed to Saudi Arabia, a patron of the insurgents.

The two countries also recently clashed at a religious level. In 2015, during the Hajj - the annual Muslim pilgrimage to Mecca - hundreds of Iranian pilgrims died in a crowd stampede. Iran held the Saudi royal house responsible, and tensions between the two states have continued to increase. "There is, of course, a sectarian component involved that is being exploited by both parties, but this is originally a political conflict about regional influence and geostrategic hegemony," says Sebastian Sons, an analyst at the German Council on Foreign Relations (dgap) and the author of a recently published book in German about politics and culture in Saudi Arabia.

Ideologically, Saudi Arabia is a powerful state. Although the kingdom declares its intention to fight jihadism on the one hand, it at the same time exported the doctrine and movement of Wahhabism, a particularly strict variant of Sunni Islam raised to a state ideology, to large parts of the Muslim world. The kingdom has also been active in Europe for a long time. For example, Saudi Arabia sponsored the setup and running of the King Fahd Academy in Bonn, which after operating for over two decades is to be closed this year following long-running criticism that it attracts Islamists. Saudi Arabia's sense of mission has drawn criticism from all over the world, with many seeing the country as a sponsor of jihadist terrorism.

However, according to Sebastian Sons, the government in Riyadh is not directly responsible for backing terrorist groups: "It is more likely to be due to clerical or private sponsors." He says they have made Wahhabism socially acceptable over the past 30 years by means of foundations, welfare organizations and influential preachers. "This can also be seen as a counterbalance to the Shiite expansionism of Iran."

While Deputy Crown Prince bin Salman spoke to President Trump in Washington, his father, King Salman bin Abdulaziz, was received in China. Chinese state media reported on Friday that the two countries signed letters of intent and investment agreements to the tune of $65 billion (60.4 billion euros).

But the visit was not just about trade. The two states are drawing closer to one another politically and militarily as well.. While China is seeking allies to position itself against the US presence in Asia,  Saudi Arabia is trying to forge new partnerships and cooperations. 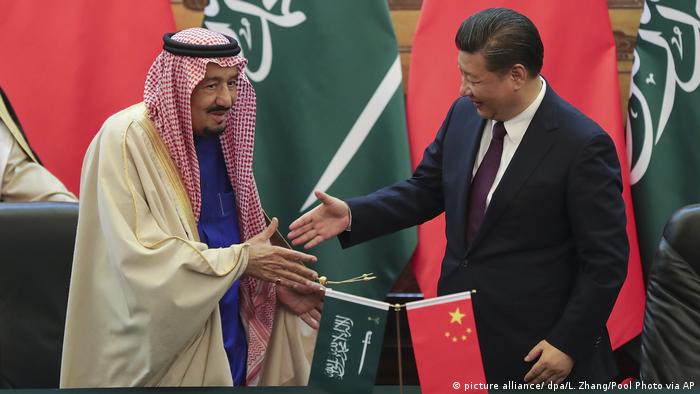 The king and the communist: Saudi Arabia and China express the will to friendship in Beijing on March 16

The Arab country is also looking  toward the East, and of course China plays a very important role there. "China also wants to expand military relations with Saudi Arabia," said Sebastian Sons. "We want to use this visit as an opportunity to bring the strategic partnership between the two countries to a higher level," sources close to the Chinese government said. This also includes diplomatic relations. In the autumn of 2016, China criticized a law initiated by the US Senate that would hold sponsors of terrorism responsible for its consequences. Such moves are welcomed by a government suspected of promoting terrorism.

Saudi Arabia and the US have now drawn closer again. But those in Riyadh recognize that these relations are not inviolable. Thus, Saudi Arabia is keeping its options - and its relations with China - very much open.

Putin: Russia open to hacker exchange with US

Opinion: Pakistan is pursuing an unrelenting assault on journalism