Saudi Arabia: Powerful, but not omnipotent after Khashoggi affair | Middle East | News and analysis of events in the Arab world | DW | 18.10.2018

Saudi Arabia's reputation has suffered massively as a result of Jamal Khashoggi's suspected murder. World leaders are keeping their distance. The country could be hostile in the face of criticism, or enact reforms. 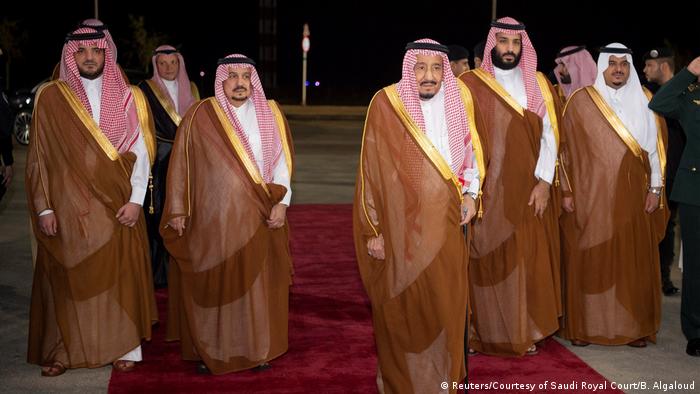 Christine Lagarde will no longer attend the upcoming investors' conference in Riyadh. In the initial wake of the disappearance and suspected murder of Saudi journalist Jamal Khashoggi, the International Monetary Fund chief confirmed that she would still participate in the meeting. Finally, she has pulled out.

Lagarde's spokesperson declined to give a reason for the decision. The cancellation, however, is in line with the announcements of several leading Western politicians who also do not want to be seen in the Saudi capital.

Global business leaders have changed their plans as well. The CEOs of major banks including HSBC, Standard Chartered and Credit Suisse do not want to travel to Ryiadh.

Others attendees have left their participation open. The CEO of German manufacturer Siemens, Joe Kaeser, said he would reach a decision in the coming days. While Kaeser views the disappearance of Khashoggi as a serious matter, he does not necessarily see boycotts as the solution. "If we stop conversing with countries where people have gone missing then we might as well stay home because we couldn't converse with anyone," he said.

'We cannot mold Saudi Arabia and the royal house'

"We cannot mold Saudi Arabia and the royal house the way we want, but we have to deal with the situations as they arise," said Jürgen Hardt, a lawmaker from Chancellor Angela Merkel's conservative Christian Democratic Party, during a recent radio interview. Hardt, a foreign policy expert in Germany's parliament, the Bundestag, added that politicians must maintain dialogue with each other, even when their attitudes do not align or when they completely reject their decisions.

Hardt pointed out that Saudi Arabia is an active player in the Middle East peace process trying to bring Israelis and Palestinians closer together. At the same time, however, the country is waging a brutal war in Yemen that has resulted in one of the world's worst humanitarian catastrophes.

"That's why we have a highly ambivalent view of Saudi Arabia," Hardt said. "With what has unfolded in recent days in the Khashoggi case, and what may be revealed in the coming few days, we will further sharpen our view. And then, if necessary, Europe will adjust its policy on Saudi Arabia."

Any change in European Union policy towards Saudi Arabia would be a decision of enormous significance. For years, the kingdom has been trying to present itself as a reliable political partner to the West.

Riyadh has not only declared its intention to mediate in Middle East conflicts; it also claims it wants to play an active role in the fight against terrorism.

The country plays an important role in the war in Syria, as well. It sees itself as an important counterweight to Middle East rival Iran, which has massively expanded its presence and influence in the region. In this context, Saudi Arabia has huge political and strategic value for the West.

Saudi Prince Khalid bin Farhan al-Saud, who currently lives in exile in Germany, said that Crown Prince Mohammed bin Salman, who is facing increasing pressure to answer to the suspected murder of Khashoggi, is a particularly important partner for the United States. "The American government could hardly afford to be without a man like Mohammed bin Salman who is easy to influence and control," bin Farhan told DW. 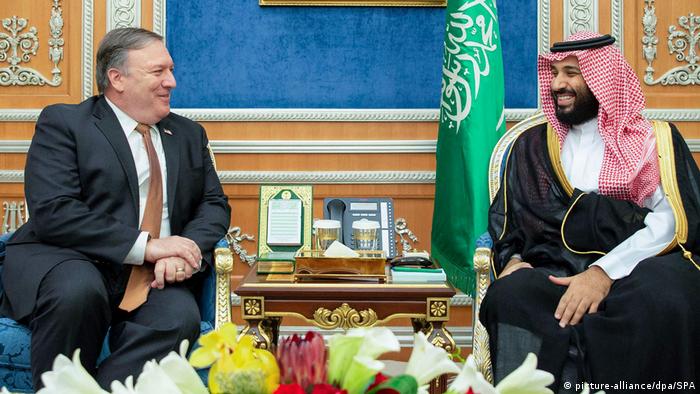 The exiled prince also believes that US Secretary of State Mike Pompeo's recent trip to Saudi Arabia had an ulterior motive: "To keep the crown prince in power so that [the US] can pursue its own plans."

Middle East expert Thomas Richter from the German Institute of Global and Area Studies told DW that if the suspicions about Khashoggi's violent death continue to intensify, the kingdom, in particular the crown prince, might be viewed by German politicians in a new light. Richter believes if this happens, a "serious reflection" would begin.

"One could reach the conclusion that Saudi Arabia is an authoritarian monarchy ruled by a few people and apparently led by a young prince who does not shy away from anything," he said.

However, the economic might of Saudi Arabia could limit the extent of any diplomatic reorientation towards the country, and perhaps, even a direct response to the Khashoggi affair. Saudi Arabia's massive oil reserves give the ruling family substantial leverage. Every day, the world's largest oil exporter sells 10 million barrels.

Global demand for oil already exceeds supply in OPEC states. Additionally, due to the imminent sanctions against Iran, around 1.7 million fewer barrels are expected to become available on the market.

Should the relationship between the West and Riyadh deteriorate in the aftermath of the Khashoggi affair, Saudi Arabia could retaliate by reducing its exports. The result would be an increase in oil prices.

Such a scenario would be reminiscent of the so-called oil crisis of 1973, when OPEC states reduced their production volumes as a result of the Yom Kippur War. Within a few days, the price rose from around $3 to more than $12 per barrel. The result was a worldwide recession.

Read more: Donald Trump vs. OPEC: What can he do to bring down oil prices?

And Saudi Arabia is not only important as an oil exporter, but also as an investor. In the US alone, it holds bonds worth almost $170 billion (€148 billion). Should it sell them, interest rates on the bond markets would increase sharply. Such a rise would massively upset the monetary policy of the Trump administration, which is financing its latest tax cuts through further bond issues.

Hope for a new political culture?

Saudi Arabia remains a highly significant international player, both politically and economically. Thus, its reputation as a soon-to-be rogue state in the wake the Khashoggi affair is not entirely accurate. For the time being, Riyadh is responding with threats against its partners.

But Saudi Arabia will now have to face the music: Very few international players want to come to the table publicly now. If the outrage over the Khashoggi affair does not subside shortly, the presumed crime could prompt the kingdom to reconsider its political culture.