Berlin, Paris and London jointly urged an investigation into the fate of Jamal Khashoggi and demanded that those responsible "are held to account." Meanwhile, Saudi Arabia warned it would retaliate against any sanctions. 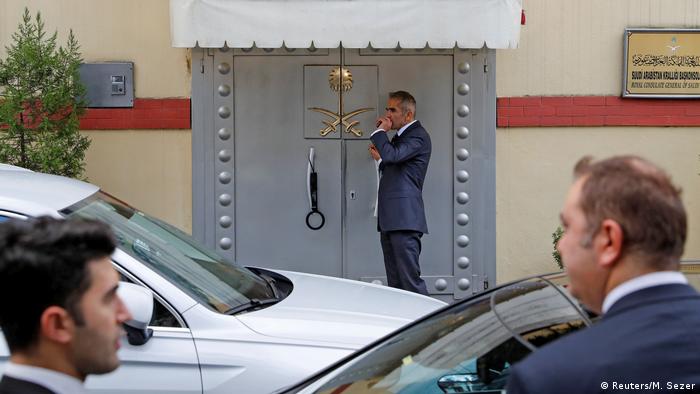 In a joint statement on Sunday, France, Germany, and the UK said that "light must be shed" on the disappearance of the US-based journalist Jamal Khashoggi, who had not been seen since entering the Saudi Consulate in Istanbul earlier this month.

Turkish officials suspect that the Washington Post columnist was killed and dismembered inside the building. Riyadh rejects the allegations. Khashoggi's disappearance has sparked global outrage and demands for an explanation from top international officials.

"There needs to be a credible investigation to establish the truth about what happened, and – if relevant – to identify those bearing responsibility for the disappearance of Jamal Khashoggi, and ensure that they are held to account," the three European powers said on Sunday.

What happened to Khashoggi?

Saudi representatives were due to take part in the investigation alongside their Turkish colleagues. On Saturday, however, Ankara accused Riyadh of failing to cooperate on the issue of allowing Turkish investigators inside the consulate.

The Sunday statement by France, Germany and the UK said the countries "encourage joint Saudi-Turkish efforts" and "expect the Saudi government to provide a complete and detailed response."

The statements from Europe follow warnings from US President Donald Trump, who said the alleged crime had "something really terrible and disgusting" about it.

"We're going to get to the bottom of it and there will be severe punishment," he told CBS News.

Riyadh to counter 'any action with a bigger one'

However, neither Trump nor the European powers have so far provided any details on their potential response in case Khashoggi's death is confirmed. Trump said there would be no US sanctions on the oil-rich kingdom, claiming that the Saudi's were spending $110 billion (€95 billion) on US military equipment.

On Sunday, Riyadh restated its "total rejection of any threats or attempts to undermine it" through threats, sanctions or political pressure.

Saudi Arabia intends to "respond to any action with a bigger one," relying on its "effective and vital role in the world economy," Saudi officials said.

The Riyadh stock market plunged amid the uproar surrounding Khashoggi, and several leading business figures and media outlets have pulled out of the upcoming investment forum, often referred to as "Davos in the Desert."