US ramps up pressure on Saudis over Jamal Khashoggi

The US is probing the fate of reporter Jamal Khashoggi, who was last seen entering a Saudi consulate in Istanbul. US investigators are already in Turkey, Donald Trump has said, but a Turkish source disputed the claim. 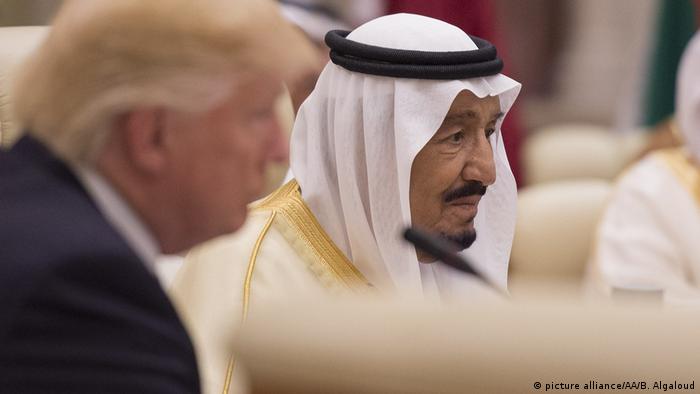 Washington is being "very tough" on Riyadh over the suspected murder of Washington Post reporter Jamal Khashoggi, US President Donald Trump said in an interview with "Fox and Friends" on Thursday. According to unconfirmed reports, the Saudi-born Khashoggi was killed and dismemberedafter entering the Saudi consulate in Istanbul over a week ago.

"We're looking at it very, very seriously," Trump said. "I don't like it at all."

During his appearance at the US cable network, Trump also said that Washington was investigating Khashoggi's fate and had "incredible people and incredible talent" working on the case.

Later, however, a Turkish diplomatic source seemed to dispute the claim, according to remarks carried by the state-run Anadolu news agency.

"The information that the United States has tasked investigators over the Khashoggi case is not correct," the source said.

At the same time, Turkish President Recep Tayyip Erdogan called on Saudi Arabia to show CCTV images from the consulate on the day of Khashoggi's disappearance.

"If a bird flew, or a fly or a mosquito appeared, the systems would capture this; they (Saudi Arabia) have the most cutting-edge systems," he was quoted as saying by the Turkish media.

The consulate said their surveillance system was not working on October 2, when Khashoggi entered the building to retrieve a birth certificate. Riyadh also dismissed the murder claims as "baseless" and said the reporter had left the building safely.

Pressure from the senate

Trump's claims on US interest into Khashoggi's fate come a day after 22 US Senators sent him a letter triggering an investigation into the disappearance of the US resident.

They demand that the White House "determine whether a foreign person is responsible for the extrajudicial killing, torture or gross violation of internationally recognized human rights."

The Trump administration must report to Congress within 120 days. It could pave the way for sanctions, including against high-ranking officials in the Saudi government.

The move from Congress ratchets up pressure on Saudi Arabia to explain what happened to Khashoggi, a US resident and critic of the kingdom who disappeared after entering the country's consulate in Istanbul on October 2.

Turkish officials have said they believe Khashoggi was killed inside the consulate and his body removed. Saudi Arabia denies knowing anything about his fate. There is no footage of Khashoggi leaving the consulate, where his Turkish fiancee was waiting for him.

On Wednesday, Trump told reporters in the Oval Office that he had talked "more than once" and "at the highest levels" with Saudi officials. 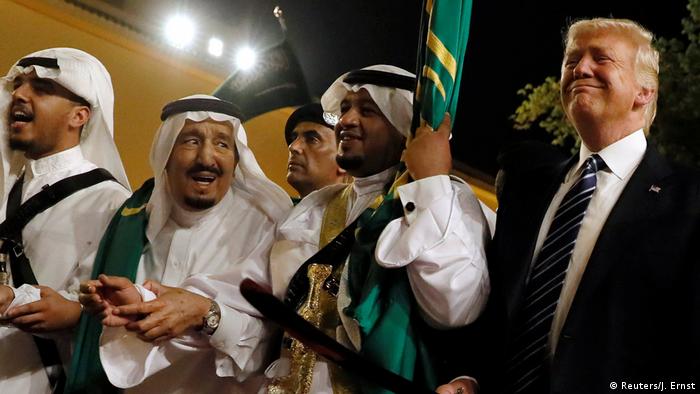 'Everything points to them'

Saudi Arabia is one of the United States' strongest allies in the region. The Trump administration's Middle East policy, ranging from issues relating to Iran and Syria to Israel, has been built around the Saudi alliance despite criticism of the kingdom's abysmal human rights record and the war in Yemen.

Earlier Wednesday, Corker, who as the chairman of the US Senate Foreign Relations Committee has seen US intelligence reports, said that "the likelihood is he was killed on the day he walked into the consulate" and that "there was Saudi involvement" in whatever happened to Khashoggi.

"The Saudis have a lot of explaining to do because all indications are that they have been involved at minimum with his disappearance," Corker told The Associated Press. "Everything points to them."

The Washington Post reported that US intelligence had intercepted communications of Saudi plans to kidnap Khashoggi, a critic of the kingdom and of Crown Prince Mohammed bin Salman, who fled into exile last year.

Turan Kislakci, a friend of Khashoggi's who heads the Turkish-Arab Media Association, told DW that the Saudi critic "was killed because of his opinion about the wars in Yemen and Syria."

"The Saudi government isn't comfortable with him. So they tried to get rid of him," Kislakci said. "He was murdered inside the consulate, and we assume that he was cut into pieces, they put his body parts in bags, and left." 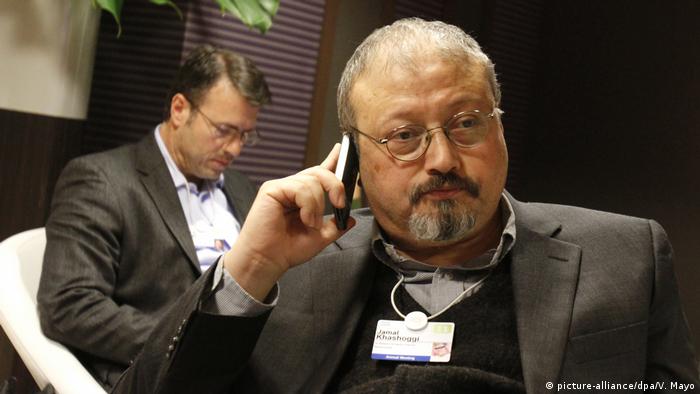 Turkish media on Wednesday published the identities of 15 members of an alleged hit team sent to kill Khashoggi, including what was said to be a top Saudi forensic official.

Turkish media also released police CCTV surveillance videos said to be of a Saudi "assassination squad." The videos show one of two private jets arriving at Istanbul's Ataturk Airport early in the morning on October 2, the date Khashoggi disappeared after entering the consulate to arrange papers for a marriage.

The CCTV video, which has not been verified, shows nine men going through diplomatic passport control. The video later shows some of the men leaving a hotel near the Saudi consulate and Khashoggi entering the consulate. About two hours later, a black Mercedes van with diplomatic plates leaves the consulate for the Saudi consul general's residence. The 15 men reportedly left Turkey that same evening.

Turkish officials are hoping to enter the consulate and the residence of the consul general to conduct an investigation. Under the Vienna Convention, foreign diplomatic missions are sovereign territory and a host country cannot enter without permission. 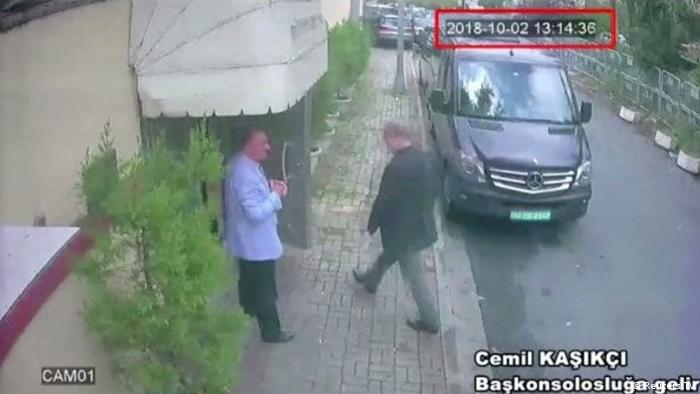 Khashoggi ​disappeared after entering the Saudi consulate in Istanbul ​

Ties between Turkey and Saudi Arabia have been tense over regional political differences, although the kingdom is a major investor in the Turkish economy.

Turkey has backed Qatar in its dispute with Saudi Arabia and its neighbors. The two countries are also at odds over Iran's role in the region and the Muslim Brotherhood, both of which Saudi Arabia views as threats.

Ahmet Kasim Han, politics professor at the Altinbas University in Istanbul, told DW that Saudi Arabia is also sending a message to critical voices that Turkey isn't a safe haven.

"Since the coup attempt on July 15, relations between Turkey and Saudi Arabia have been weakened. That can’t be overstated," Han said. "Even since the Arab Spring (in 2011), Turkey has offered protection to much of the opposition in the Arab world, including the Muslim Brotherhood."

But analysts say that although Turkey is angry over the possible murder of Khashoggi, it doesn't want to go against Saudi Arabia alone, and is looking for political backing from the United States and other allies.

The crisis comes as Turkey's economy is ailing and the country is isolated in the Middle East and among its allies, including the United States over Syria policy and the detention of an American pastor.

Turkish authorities have suggested that a missing Saudi journalist was murdered by a special hit squad inside Saudi Arabia's consulate in Istanbul. The prominent commentator was last seen entering the diplomatic mission. (06.10.2018)

After 10 months, Saudi Arabia and Germany have decided to end their diplomatic dispute. Analysts say that the two nations enjoy a beneficial relationship, despite disagreements on Iran and human rights abuses in Yemen. (26.09.2018)