Company leaders are backing away from the Saudi-organized business conference after the mysterious disappearance of a prominent Saudi government critic. Virgin group even halted talks for a $1 billion investment. 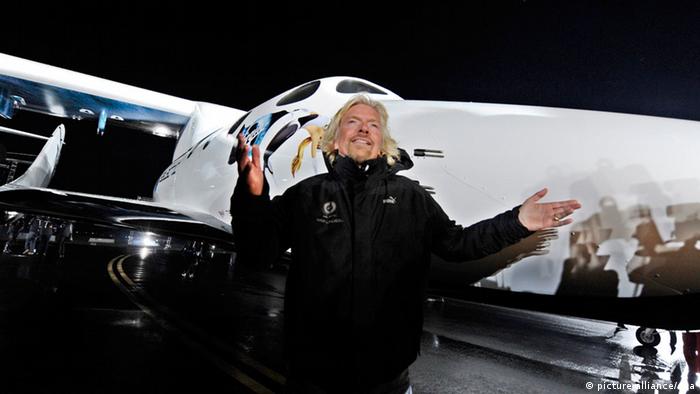 British billionaire Richard Branson announced on Thursday that his Virgin group would suspend its discussions with Saudi Arabia's Public Investment Fund (PIF) over a planned $1 billion investment in the group's space ventures.

Branson also said he would suspend his directorship in two Saudi tourism projects around the Red Sea, citing the disappearance of Saudi journalist Jamal Khashoggi as the reason for his decision.

"What has reportedly happened in Turkey around the disappearance of Jamal Khashoggi, if proved true, would clearly change the ability of any of us in the West to do business with the Saudi government," Branson said in a statement.

Jamal Khashoggi, a Washington Post columnist who lived in self-imposed exile, is reported missing after he was last seen entering the Saudi consulate in Istanbul on October 2.

Turkish officials allege he was murdered. They also claim they are in possession of audio and video recordings that would show a Saudi security team detained Khashoggi before killing him and dismembering his body. Saudi officials say Khashoggi left the building unharmed.

As Virgin CEO Branson views the case as a possible game-changer for doing business with Saudi Arabia, it is already casting a shadow over a planned investment conference scheduled to be held in the kingdom in two weeks time.

Drop-outs mount for 'Davos in Desert'

It attracted the global elite of business and finance with the promise of massive cash and contracts from the PIF — Saudi Arabia's main global and domestic investment vehicle.

This year, however, attendees are reviewing their participation to the Riyadh conference as foreign governments are beginning to demand answers about Khashoggi's disappearance.

US newspaper The New York Times said on Wednesday that it would no longer be a media partner for the conference, while the Financial Times is reviewing its partnership. Moreover, company executives and financiers are dropping out in increasing numbers.

Khosrowshahi said in a statement that he was "very troubled" by the reports about Jamal Khashoggi, while Case — now a venture capitalist — said late on Thursday that he had suspended plans to speak at the FII and take part in a meeting about the Red Sea project. Other confirmed dropouts include Los Angeles Times owner Patrick Soon-Shiong and Joanna Popper, HP's Vice President of Virtual Reality for Location Based Experiences.

Despite the affair, most of the scheduled speakers at the FII conference appear determined to attend.  They include Jamie Dimon of JPMorgan Chase, Stephen Schwarzman of Blackstone and Masayoshi Son, the SoftBank founder in whose Vision Fund the PIF has invested $45 billion.

Siemens' head of financial media relations, Philipp Encz, told the news agency Bloomberg that for now there were no changes to CEO Jo Kaeser's plans, but the company was "following the situation closely."

Many of the speakers have large business interests in Saudi Arabia and hope for lucrative deals with the country's sovereign wealth fund. PIF portfolio companies, such as Magic Leap, Lucid Motor, UK chip designer Arm and regional e-commerce provider Noon are still listed as speakers.

Among the "strategic partners" for the FII event are HSBC and Credit Suisse, while consulting firms Deloitte, Boston Consulting and McKinsey are listed as "knowledge partners."

US President Donald Trump has also stepped into the fray, saying Thursday that Washington was investigating Khashoggi's disappearance but that he wasn't in favor of suspending US arms sales to Saudi Arabia, as was suggested by some Republican Senators.

"What happened is a terrible thing, assuming that happened," he told reporters, and added: "[Saudi Arabia] is spending $110 billion on military equipment and on things that create jobs for this country. I don't like stopping massive amounts of money that's being poured into our country."