′The Saudis will find a scapegoat′ for Khashoggi, says exiled Prince Khalid | Middle East| News and analysis of events in the Arab world | DW | 17.10.2018

'The Saudis will find a scapegoat' for Khashoggi, says exiled Prince Khalid

In an interview with DW, Prince Khalid bin Farhan al-Saud accused Saudi Crown Prince Mohammed bin Salman of being behind the alleged murder of journalist Jamal Khashoggi. He currently lives in exile in Germany. 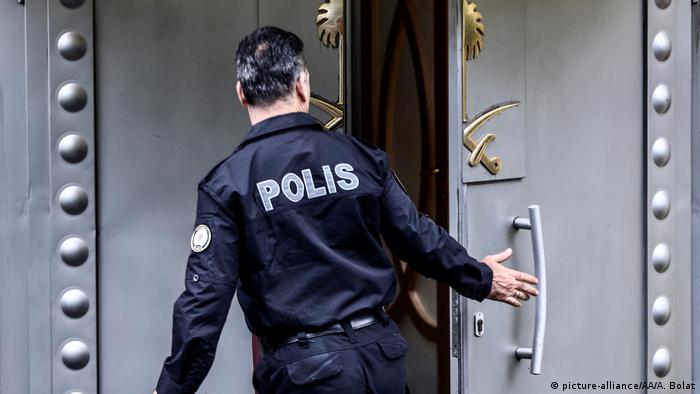 DW: You are closely following disappearance and suspected murder of Saudi journalist Jamal Khashoggi. What do you make of the most recent developments in the case?

Khalid bin Farhan: I can say that Khashoggi had ties with the royal family and that he objected to being labeled as an opposition figure. He did not pose any political danger to the royal family. Even in his criticism, he was cautious. I don't see him as having been a direct threat to the Saudi government.

What information do you have exactly?

I know the mentality of the political leader in Saudi Arabia, King Salman. He ruled the province of Riyadh for 50 years. He resorted to violence because he had no political experience, but was bestowed with great power. Now that he has finally become king, he is ruling with the same political style — also in international affairs.

Does that mean that orders to kill always come from the very top — in other words, from King Salman?

Correct. It is well known that opposition voices who were kidnapped from Europe had their fates sealed by orders from the king. The more prominent dissidents were personally punished by order of the king. It is the king who gives the orders. 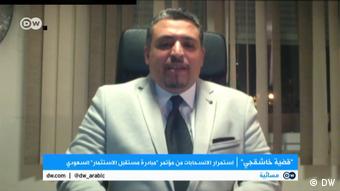 It is the same with Jamal Khashoggi, the world-renowned journalist from The Washington Post. When such an act is carried out, naturally it requires the consent of the head of government.

I could not say that King Salman is directly involved but I believe the decision and the implementation of the killing leads to his son, Mohammed.

To what extent will the affair deepen the existing cracks within the ruling family?

The murder of Khashoggi and the way the story is circulating in the media has exposed the Saudi royal family in an unprecedented way. When a state kidnaps, kills and dismembers one of its citizens, what we are faced with is a mafia organization — not a legitimate government.

Has the case of Khashoggi made you feel safer in Germany? Or are you more worried about your personal safety?

I have been persecuted and threatened for a long time. Other people might feel fear as a result, but what I see now is that the [Saudi] government is under public scrutiny. On top of that, I'm in constant contact with the German police — I have a personal number that allows me to reach the police at any time. There is always a police car near my house. I feel safe. But that is not to say that the reckless mentality of the current Saudi ruler is not frightening. He does not consider the consequences of his actions, this worries me at times. If he were a reasonable person and considered the consequences of his actions, I would feel more relaxed.

Do you believe that the international community's dealings with Saudi Arabia will change after the Khashoggi affair?

The United States, like any other state that deals individually with Saudi Arabia, will continue to pursue its own interests. But if Congress were to impose sanctions on Riyadh, not even Donald Trump would be able to stop it.

Prince Khalid bin Farhan al-Saud lives as a dissident in exile in Germany. He and his family are under the protection of the German state. Khalid bin Farhan has been advocating reforms in Saudi Arabia for years.