Moscow has secretly deployed a SSC-8 cruise missile, a move violating the 1987 INF deal accredited with ending the Cold War. The news comes as the Trump administration finds itself without a national security adviser. 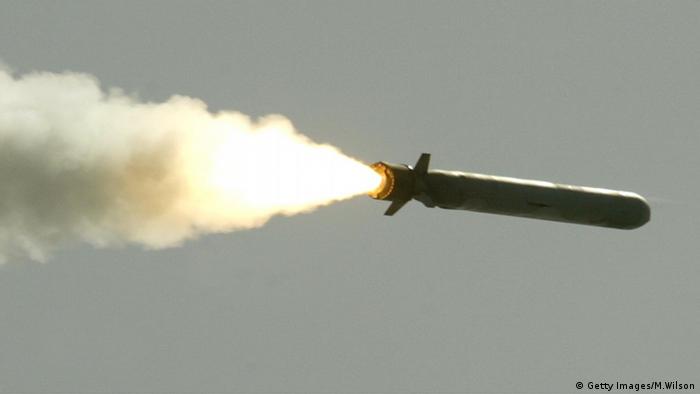 Russia has deployed a new cruise missile despite previous complaints from Washington that the move violates a key treaty that helped end the Cold War, a senior US official said Tuesday.

While the exact date of the launch was not disclosed, Moscow's secret development of an SSC-8 missile had been flagged by the Obama administration back in 2014.

Reports of the recent missile deployment have further complicated US-Russia relations and come as the White House finds itself without a national security adviser following the forced resignation of Michael Flynn on Monday. The retired general is accused of lying to Vice President Mike Pence over contact he made with a Russian diplomat while President Barack Obama was still in office.

Moscow has always denied it has violated the INF treaty. When Washington repeated accusations in 2015 that Russia was developing banned missiles, Moscow accused it of conducting "megaphone diplomacy."

However, the New York Times newspaper reported Tuesday that Russia now has two battalions of the cruise missile, quoting administration officials. One test site is reportedly located in Kapustin Yar, in the country's southeast region. The location of the other has not been disclosed.

While the State Department declined to confirm the Times report, it did note that it reported last year that Russia had violated its treaty obligations not to possess, produce or test cruise missiles with a range of 500 to 5,500 kilometers (3,417.5 miles).

State Department spokesman Mark Toner said: "The administration is undertaking an extensive review of Russia's ongoing INF treaty violation in order to assess the potential security implications for the United States and its allies and partners."

The alleged missile deployment will likely be high on agendas when US Defense Secretary Jim Mattis attends his first NATO summit in Brussels on Wednesday.

The INF deal, signed in December 1987 by President Ronald Reagan and Soviet leader Mikhail Gorbachev, is accredited with significantly reducing the threat of nuclear confrontation and accelerating the end of the Cold War.

The deal eliminated the production and possession of nuclear and conventional ground-launched intermediate-ranged ballistic and cruise missiles.

It still stands as the only treaty to have eliminated an entire class of US and Russian weapons. Under the INF agreement, the US withdrew its nuclear-armed missiles from Europe.