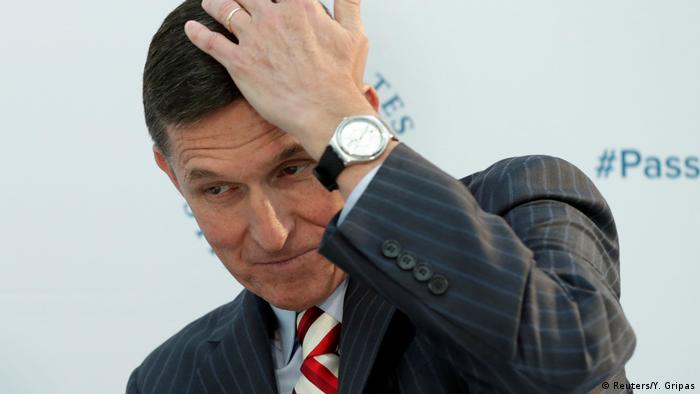 Ever since Dwight D. Eisenhower appointed the first US national security adviser in 1953, the people who have successively filled the role have proved some of their presidents' most influential policy aides.

Henry Kissinger, Zbigniew Brzezinski, Brent Scrowcroft and Condoleezza Rice have helped shape their respective presidents' foreign policies. Of course, their roles were never without controversy. However, no national security adviser in the 64 years that the position has existed has vacated the office after just 24 days. Once again, US President Donald Trump has made history.

Michael Flynn's resignation is not only fully justified but also long overdue. The air started getting thin for him when it emerged just a few days after Trump's inauguration that the FBI and other authorities had investigated pre-inauguration phone calls that the designated US security adviser had made to Russia's ambassador in Washington.

Flynn spoke to Ambassador Sergey Kislyak on the very day that President Barack Obama imposed new sanctions on Russia. Flynn, who initially claimed that the topic had not come up during the discussions, later had a spokesman say he could not rule out the possibility that Flynn and Kislyak had talked sanctions.

Strangely, Flynn did not resign after that admission, but dragged the vice president into his predicament. Mike Pence had openly defended Flynn, saying he believed the national security adviser when he denied discussing sanctions with the Kremlin's envoy in Washington. Now that it looks those allegations were true, Pence's credibility, too, has been severely damaged only three weeks into his term. That is why Flynn's resignation was unavoidable.

Flynn's resignation was not only necessary to avoid further damage to his former position and Trump's administration: It must also be embraced on political grounds, as Flynn's coarsely expressed Islamophobia and unusual affinity for Russia were already highly controversial in foreign and security policy circles - even among Republicans - before he even took office. Nevertheless, Donald Trump hoisted Michael Flynn into the role, and the early, scandalous  departure of the new administration's first national security adviser has dealt a heavy blow to the president.

COVID: Germany to relax entry restrictions for summer 7h ago