Russia will not accomplish its "war aim" of removing the government of Georgia, US Secretary of State Condoleezza Rice said Thursday. She said the US and Europe have to show Moscow it is internationally isolating itself. 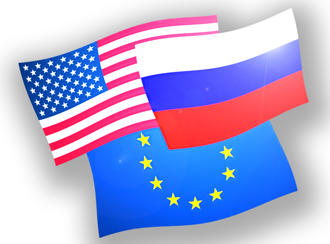 The United States and European Union have to stand up to Moscow's "bullying" and keep Russia from benefiting from its military move into Georgia, U.S. Secretary of State Condoleezza Rice said in a harshly-worded speech on Thursday.

"We cannot afford to validate the prejudices that some Russian leaders seem to have: that if you pressure free nations enough, if you bully, and threaten, and lash out we will cave in, and forget, and eventually concede," Rice said according to excerpts released in advance by the State Department. "The United States and Europe must stand up to this kind of behavior, and all who champion it." 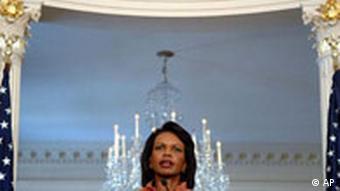 Rice's comments are the harshest yet heard from the US government

In her first major speech on Russia since its military incursion into Georgia last month, Rice also said the Russia-Georgia war would not achieve the strategic objective Moscow had hoped for.

"Russia's leaders will not accomplish their primary war aim of removing Georgia's government," she said. "Our strategic goal now is to make it clear to Russia's leaders that their choices are putting Russia on a one-way path to self-imposed isolation and international irrelevance."

Rice said the United States and Europe must not allow Russia's "aggression" against the Georgian government of President Mikhail Saakashvili to achieve any benefit.

No country except Nicaragua has followed suit. 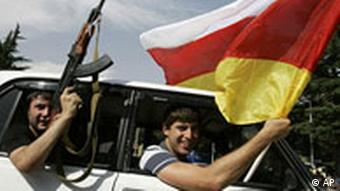 Rice's comments came as talks on sending more monitors to Georgia broke down because of disputes with Russia on where they should be deployed, the Organization for Security and Cooperation in Europe (OSCE) said Thursday.

"We don't see the point of continuing negotiations in Vienna at this stage. They have been put on hold. The area of responsibility for monitors is the main sticking point," said Antti Turunen of Finland, currently chairing the policymaking Permanent Council of the 56-nation OSCE.

"This is no longer, for the time being, a matter for diplomats," said OSCE spokesman Martin Nesirky. "This is elevated to the political level and needs to be dealt with in capitals."

Russian envoy Anvar Azimov said South Ossetia was loath to let monitors back in because, it said, they had failed to alert them to Georgia's offensive to wrest back the region, and so they should be stationed in territory "from which the aggression came." 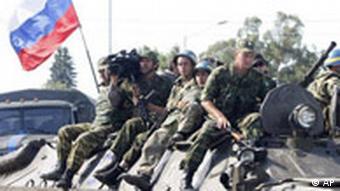 France's foreign minister said the world should not expect Russia to pull out of Georgia's two breakaway provinces anytime soon.

Bernard Kouchner's comment was the clearest sign yet that the European Union may be accepting the possibility that Georgia will not regain control of South Ossetia or Abkhazia. Russia plans to station nearly 8,000 troops for a long-term stay in the two regions.

Asked by France-Culture radio whether Russia troops would pull back to Georgia's internationally recognized borders, Kouchner replied: "No, I don't think so. Don't count on it."

NATO's chief said Moscow does not have veto power over Georgia's potential membership in the military alliance, but he also admonished Tbilisi over its slow implementation of democratic reforms. (16.09.2008)

The European Union's response to the Caucusus crisis hasn't been exactly forceful. But DW's Christoph Hasselbach says it's all that anyone can expect given Russia's global strategic importance. (16.09.2008)

West Should Not Overreact to Caucasus Crisis, IISS Expert Says