Russia has warned it will issue retaliatory sanctions on Germany and France over the poisoning of Alexei Navalny. Moscow was sanctioned after the opposition leader was poisoned with a Soviet-era nerve agent. 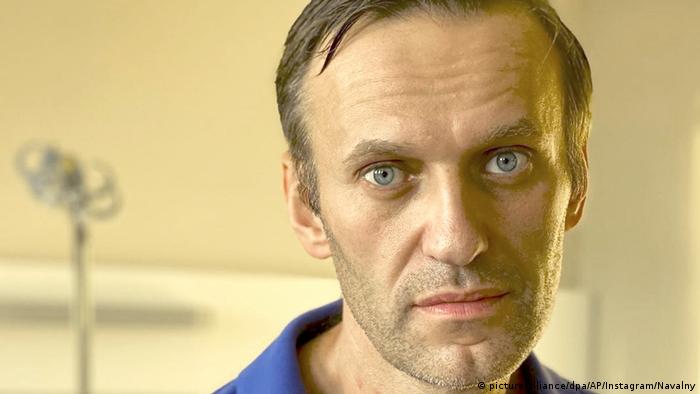 The anti-corruption activist fell into a coma after he was poisoned with the Soviet-era Novichok agent. He was evacuated to Germany, where he is still recovering.

The EU accused Russian security services of complicity in the attack and, as a result, imposed restrictions on six senior Kremlin officials, including Alexander Bortnikov, head of Moscow's Federal Security Service (FSB).

In response, Russian Foreign Minister Lavrov said the Kremlin had put in place soon-to-be confirmed sanctions on Germany and France.

"Since Germany was the driving force behind the European Union's sanctions connected to Navalny, since these sanctions directly concern senior staff of the presidential administration of the Russian Federation, our response sanctions will mirror them," Lavrov said.

The Russian sanctions will target senior staff in the offices of the heads of Germany and France, Lavrov said.

Lavrov claimed that Moscow had "reason to believe" the nerve agent entered Navalny's system during his evacuation flight to Berlin, well after he had fallen ill.

Navalny's spokeswoman Kira Yarmysh retorted that this suggestion was "the most idiotic of them all."

Death in Berlin: Russian goes on trial for murder of exiled Chechen

Relations between Germany and Russia are strained. Now the murder trial begins of a Russian accused of killing an exiled Chechen in Berlin. It could turn out to be a political powder keg.

EU to sanction 6 in Russia over Navalny poisoning: reports

The European Union has agreed to level sanctions over the poisoning of Russian opposition leader Alexei Navalny. The Kremlin critic is recovering in Berlin after he was poisoned in Siberia.