Special rapporteur on Alexei Navalny poisoning: We bet on Russia′s cooperation | Europe | News and current affairs from around the continent | DW | 29.10.2020 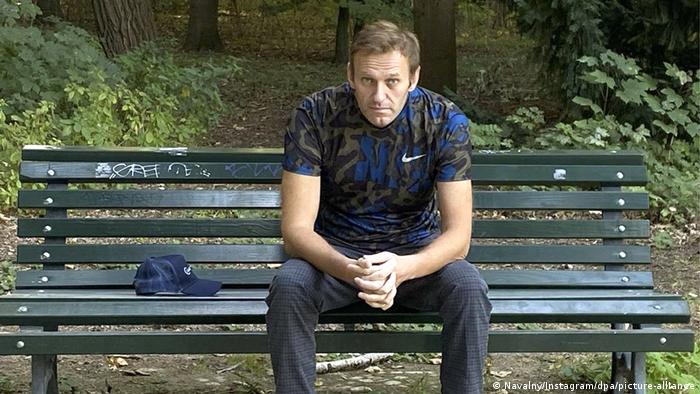 Russian opposition leader Alexei Navalny was poisoned in August with the nerve agent Novichok, which was confirmed by laboratories in Germany and other countries. But Russian authorities refused to open an investigation into Navalny's poisoning and denied any involvement. The first and so far only international political organization to examine the case is the Council of Europe.

In October, French politician Jacques Maire was appointed special rapporteur on the poisoning of Navalny to the Committee on Legal Affairs and Human Rights at the Parliamentary Assembly of the Council of Europe (PACE). DW spoke to the French lawmaker about his mission. 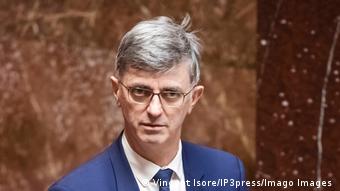 DW: There's no investigation of the poisoning of Navalny in his home country Russia. Germany, where he was treated and where his poisoning with the nerve agent Novichok has been proven, couldn't open on for legal reasons. Why has the Council of Europe started an investigation?

Each time there's a big breach of human rights or rule of law we are here to monitor the situation, this is the role of the Council of Europe. In the past, we had a report on the assassination of Ukrainian journalist Georgi Gongadze, as well as on [Maltese] journalist Daphne Caruana Galizia, who had been assassinated in Malta.

We had also a precedent in Russia - the murder of journalist Anna Politkovskaya. Each time there's a report, we want to shed light and we want to be sure that if there are actions to be taken, they will be [taken].

In all the examples you mentioned, there were official investigations in the countries where the crimes were committed. Navalny's case is different. Will this make your job more difficult?

Of course. We had an example of Boris Nemtsov (Russian opposition leader killed in Moscow in 2015 - the ed.), where there was no possibility for a rapporteur to access Russian territory. Now we bet on the cooperation on the Russian side.

Russian members of parliament returned to the Parliamentary Assembly of the Council of Europe (the Russian delegation's rights were limited after the annexation of Crimea in 2014 but restored in 2019 after the Council of Europe changed its rules - the ed.). I think they want to show that they play by the rules of the organization. This report was initiated by a wide majority and got support from all political groups.

Of course the Russians didn't support it, but they didn't vote against it. My feeling about the Russian delegation is that they understand very well the legitimacy of this approach. We will seek the authorization of the Committee on Legal Affairs to go to Russia, to different places, close to the witnesses. This will take into account official contacts with Russian authorities.

There are many organizations involved, like the Organization for the Prohibition of Chemical Weapons (OPCW), which made a report about Navalny, as well as countries like Germany, France, Russia.

Read more: EU to sanction 6 in Russia over Navalny poisoning

We want to be open to any kind of communication - from investigative journalists, witnesses, whistle-blowers who have something to share with us. We had some very good experience with it in the Council of Europe. Everything that we gather is there to build a view. As for the legal consequences – whether this case will end up in a court - this is something that will be in the hands of other organizations.

Navalny has asked Russian authorities to give him back his clothes that he wore as he felt sick in Russia. He presumes that there could be traces of poison on it. Will you try to get access to his clothes?

I think it is very important that the Russians give access to any kind of information that they have. They decided not to launch a (criminal) inquiry based on certain evidence. We would like them to share this evidence. Having access to clothes, documents, records of the hospital – all these things are very important to find out the truth.

Russian President Vladimir Putin recently proposed that an international investigation of Navalny's case should be conducted, with experts from Russia, Germany, France and other countries participating in it. What do you think of this idea?

To have an international investigation with experts involved in it is very important. But I think it can happen only based on full and transparent cooperation on the Russian side. If the Russians give guarantees that this will be the case, I think it's a good idea. But this remains to be seen.

What is most difficult for you in this case?

It's always difficult to work on such cases as was experienced in the Nemtsov case. I think we are in a situation which is probably slightly better. We didn't start in a provocative manner, I kept contact with the Russian delegation. I rely on them to pass these good messages to the Russian authorities.

I think what is at stake for the Russians is of course their reputation, which is for the moment deeply damaged because of this situation. Also at stake is the status of Russia within the Council of Europe. Normally delegations have to cooperate fully. If it's not the case, then it will be a question mark.

What is most difficult is that this (Navalny's poisoning – the ed.) happened in a very strange way. He was kind of attacked, collapsed on a plane in Siberia, which had to land in a dramatic way. Then he was brought to an emergency and transported to Germany. There was at that moment no cooperative approach from the Russians in terms of what really happened. It put a shadow on the situation.