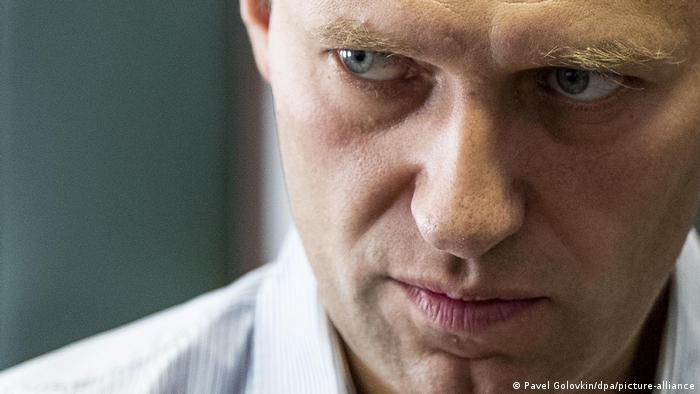 "I say that Putin was behind the attack, and I do not have other versions of what happened," Navalny, who was flown to Berlin for treatment following the August 20 incident, told the German news magazine Der Spiegel.

He received treatment in Berlin's Charite hospital before being discharged in September.

"You don't feel any pain but you know you're dying," Navalny said of the moment that the nerve agent began to take effect on him. He said he was making a steady recovery and was now relearning how to balance on one leg.

Navalny to remain in Germany

Navalny to remain in Germany – for now

For now, Navalny is staying in Berlin with his wife and son as he undergoes the long process of rehabilitation.

"I take walks in the park in the morning, that's my tasks, then I do some exercises with my doctor, then in the evenings I walk again," he said.

'My job now is to remain fearless'

Navalny told Der Spiegel that he would return to Russia as soon as he has fully recovered.

"Not returning would mean that Putin has achieved his aim. And my job now is to remain fearless," he said.

"I will not give Putin the gift of not returning to Russia," he said, adding that his "task is to get fit as soon as possible so that I can go back."

"I do not want to be the opposition leader in exile," he stressed.

Strained ties between Moscow and Berlin

Moscow has so far firmly denied allegations of involvement in Navalny's poisoning and accused Western leaders of launching a disinformation campaign over the opposition leader's illness.

On Thursday, the Kremlin said allegations that Putin was responsible for the attack are baseless. It accused the US Central Intelligence Agency of "working" with Navalny.

"Everyone — from pilots to doctors to the president — were sincerely saving him," Volodin added.

He also accused the opposition leader had instead been "working with the security services and authorities of Western countries."

Navalny's poisoning has heightened tensions between Russia and the West, in particular aggravating Moscow's relationship with Berlin.

German Chancellor Angela Merkel has stressed repeatedly that "only Russia can and must answer" questions on the case. She also paid a visit to Navalny when he was being treated in the Berlin hospital.