Death in Berlin: Russian goes on trial for murder of exiled Chechen | Germany | News and in-depth reporting from Berlin and beyond | DW | 07.10.2020

Death in Berlin: Russian goes on trial for murder of exiled Chechen

Relations between Germany and Russia are strained. Now the murder trial begins of a Russian accused of killing an exiled Chechen in Berlin. It could turn out to be a political powder keg. 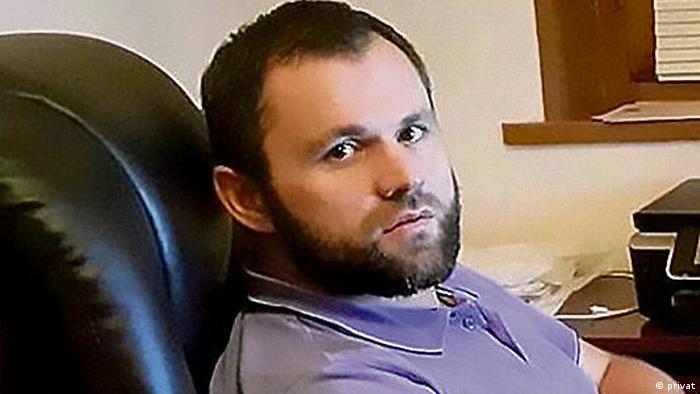 Zelimkhan Khangoshvili was murdered in Berlin's Tiergarten in 2019

Khangoshvili had been living in Germany since late 2016, and he had applied for political asylum. He had fought alongside Chechen rebels against Russia in the Second Chechen War. Moscow had designated him a terrorist and issued a warrant for his arrest. He had already narrowly escaped an attempt on his life in the Georgian capital, Tiblisi, after which he fled to Germany via Ukraine and Poland.

On the day of the killing, police in Berlin arrested the prime suspect, a 55-year-old Russian Vadim Nikolaevich K, aka Vadim K. Since then, he has been in custody. He is accused of approaching the victim while riding a bicycle, shooting him with a semi-automatic pistol, and then firing two more shots into his head as he lay on the ground. The 40-year-old Chechen died at the scene. Investigators say the suspect has refused to talk.

In June 2020, the Federal Prosecutor's Office, Germany's highest, brought charges. It had taken over the case because of the suspected political background to the killing.

The accused, who is known to have gone by at least two identities, goes on trial on Wednesday in Berlin under tight security.

According to investigators, everything they have been able to find out indicates thatRussian security services were involved in planning the assassination, facilitating his movements — and helping to cover the alleged killer's tracks.

The notion of a "second Skripal" was soon doing the rounds in Berlin security circles. The former double agent Sergei Skripal and his daughter had been poisoned with a Russian-developed nerve agent in the British town of Salisbury in March 2018, sparking a major diplomatic row that culminated in the coordinated expulsion of dozens of Russian diplomats from EU member states.

Reactions to the Khangoshvili case have not been as severe. The German government left it at the expulsion of two Russian diplomats in December 2019 on the grounds that Russia had failed to cooperate with the investigation. There was no coordinated EU response.

During a visit by German Foreign Minister Heiko Maas to Moscow on August 11, 2020, it became clear how much of a diplomatic fallout the incident had caused. "The murder in Kleiner Tiergarten is something that has strained relations between us," said Maas after the visit. He added that he had made clear to his Russian hosts that people's safety and security offline and offline were the highest priority.

According to Maas, German authorities had asked Russian counterparts who might be able to help for assistance a total of 17 times. There two official requests for legal and administrative cooperation. The Russian foreign minister, Sergei Lavrov retorted that it was all just an anti-Russian campaign. 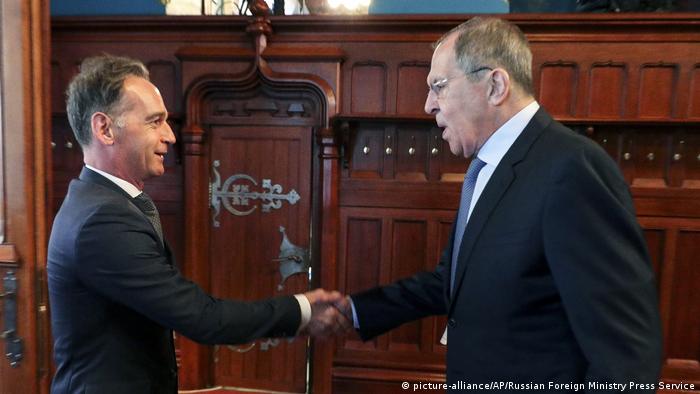 Some opposition parties in the Bundestag say Berlin's protestations toward Moscow are half-hearted. "The German government has not given the case the attention it deserves," said the Greens' spokesman on foreign policy, Omid Nouripour. "They are probably afraid of making relations with Moscow even worse," he said.

The business-friendly Free Democrats (FDP) have demanded severe measures if it is proven in court that Russian security services were involved in the killing. "The murder in Berlin has raised eyebrows in Berlin because the broader public has seen how unscrupulously the Russian state goes after people it doesn't approve of," the FDP spokesman on interior affairs, Konstantin Kuhle, told DW.

The chairman of the German-Caucasian Society in Berlin, Ekkehard Maass, is convinced that the killing of Zelimkhan Khangoshvili, whom he knew personally, is yet another in a series of political assassinations and attacks on enemies of the Russian state that began with the poisoning of the former spy Alexander Litvinenko in London in 2006.

Ekkehard Maass says it is a matter of grave concern that Russian hitmen can move around the EU freely. Following the killing in Kleiner Tiergarten, there were attacks on three more Chechen asylum seekers (in Sweden, France, and Austria), two of which were fatal.

The trial is expected to run until late January 2021 at least.