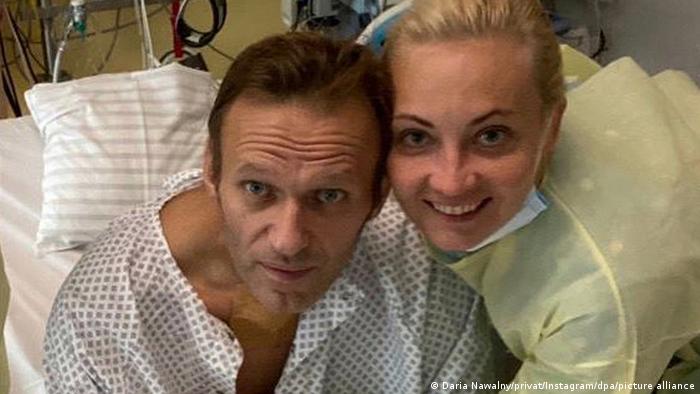 Germany on Saturday put the European Union under fresh pressure to impose sanctions on Russia over the poisoning of Kremlin critic Alexei Navalny.

"I am convinced that there will be no longer any way around sanctions," German Foreign Minister Heiko Maas told news portal t-online.

"Sanctions must always be targeted and proportionate. But such a grave violation of the International Chemical Weapons Convention cannot be left unanswered. On this, we're united in Europe," he added.

His comments appeared to contradict German political grandee and Parliament President Wolfgang Schäuble, who called for greater cooperation with Moscow in an interview with DW on Friday.

Russia, meanwhile, said Saturday that the Berlin government had refused permission for investigators from Moscow to visit Navalny.

Navalny, a fierce critic of Russian President Vladimir Putin, was hospitalized on August 20 after falling ill on a domestic flight in Siberia.

Two days later he was transferred to Berlin at the behest of his family after they held misgivings about his medical care in Russia.

The German government subsequently said a military laboratory had found "unequivocal" evidence that the internationally banned chemical nerve agent Novichok had been used in the attack on Navalny. The findings were confirmed by French and Swedish laboratories.

"If the result of the German, Swedish and French laboratories is confirmed, there will be a clear response from the EU. I'm sure about that," Maas said.

Navalny was discharged from Berlin's Charite hospital on September 23, with medics suggesting a complete recovery is possible.

Meanwhile, EU leaders are to discuss the poisoning of Navalny during a summit planned for October 15 and 16. They will likely issue a joint statement on the issue.

The 27 member states are awaiting the outcome of an investigation by the Organization for the Prohibition of Chemical Weapons (OPCW), according to a statement by German Chancellor Angela Merkel on Friday.

"We will get back to this topic in two weeks during the European Council," Merkel said after the conclusion of a two-day summit in Brussels.

"The use of chemical weapons constitutes a serious breach of international law," the EU leaders said in a joint statement.

They also called on Russian authorities to cooperate fully with the OPCW.

Thirty years ago, after decades of division, Germany was reunited. The Soviet leader at the time, Mikhail Gorbachev, is celebrated as hero in Germany. But at home, he has been met with bitter criticism.