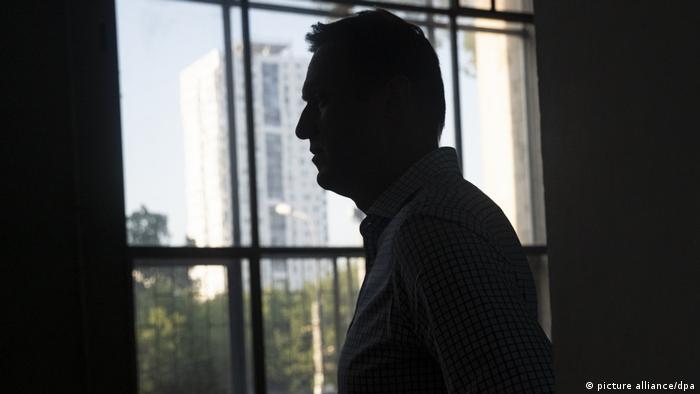 Russian bailiffs also placed an "arrest order" on Navalny's home, meaning his Moscow flat "cannot be sold, donated, or mortgaged," according to Yarmush.

She said the freeze was linked with a legal battle between Navalny, his aides, and a company providing food for Moscow pupils and kindergarteners. In 2018, Navalny's Foundation for Fighting Corruption (FBK) blamed the "Moscow schoolchild" company for a breakout of dysentery in schools and kindergartens. They also named businessman Yevgeny Prigozhin, who has ties to Russian President Vladimir Putin, as the owner of the catering service.

The entrepreneur controls restaurants and catering business, earning him the nickname "Putin's chef."

Prigozhin aides denied his ownership of "Moscow schoolchild." Meanwhile, the company sued Navalny and his allies for libel and won, with a Russian court ordering Navalny, the FBK and Navalny's associate Lyubov Sobol to pay out some $1.14 million (nearly €1 million) in damages.

Around four weeks ago, days after Navalny was poisoned, Russian media reported that Prigozhin made a deal with "Moscow schoolchild" to have the debt pass on to him personally. Prigozhin also pledged to "ruin" the opposition politician if Navalny managed to recover. On August 27, while Navalny was still in artificial coma, the bailiffs imposed the freeze on the activist's property, Yarmush said.

Navalny has since awoken from the medically-induced coma and is expected to return to Russia and continue his political activism. On Thursday, however, Yarmush said the Kremlin critic would stay in Germany until his recovery is complete.

She warned that the rehabilitation process would take "a lot of time," likely more than "a couple of weeks"

The blogger's latest health crisis comes just over a year after he fell ill while in detention, in what the Russian doctors described as an allergic reaction. The 44-year-old claimed he was poisoned. Previously, Navalny suffered chemical burns and partially lost sight in his right eye when an antiseptic was thrown in his face in 2017.

Lavrov: West speaks down to Russia

Separately, Russian Foreign Minister Sergey Lavrov said that Moscow asked Germany for access to Navalny but received no response so far. Lavrov said Russian officials "hoped that our partners would yet understand the futility of talking to us from the position of some sort of a higher entity… which only requests from us, in a high-and-mighty fashion, to repent in some way."

He also said that Russia sent out inquires to Germany, France and Sweden as well as the Organization for the Prohibition of Chemical Weapons (OPCW) on the poisoning probe, also without a response.

"Moreover, we are hearing public comments, including the ones coming from Germany's officials, who say rather absurd things — for example, that everything that happened with Navalny happened on Russian territory, we will not help you in any way, you figure it out, but we need you to confess that you are guilty," Lavrov said.