He has been targeted by police raids, faced hefty fines and long jail terms. But a new poll has revealed that Russian opposition leader Alexei Navalny is barely on the radar in his home country. 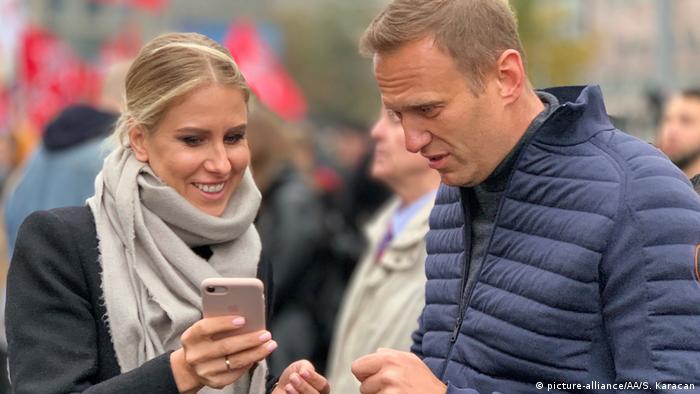 Only 9% of Russians have a positive view of Kremlin critic Alexei Navalny's work, Russian media reported on Tuesday.

A poll conducted by the reputable Levada Center revealed that one in four Russians even have a negative view of Navalny's endeavors. The center quizzed over 1,600 Russian adults in both rural and urban environments in late October, according to the Interfax news agency.

Notably, 31% of the respondents said they did not care either way, and another 31% told researchers they did not know enough about Navalny's actions.

The 43-year-old activist serves as the leader of the "Russia of the Future" opposition party and is also the founder of the Anti-Corruption Foundation (FBK). The organization has faced repeated raids and investigations by Russian authorities after exposing high-profile graft inside the government.

Half of responders unaware of crackdown

Nearly half (47%) of the respondents said they had no knowledge about nationwide raids against Navalny's foundation, which started when authorities opened a money laundering probe in August. Russian authorities also labeled the foundation a "foreign agent" last month, according to broadcaster RBK.

Nearly one-third said they were in favor of the crackdown. While only 12% believed the aim of the raids really was to unveil a money laundering scheme, another 18% say that the government had to act against the foundation in order to protect the country from foreign meddling.

Only 18% believe that the government is attempting to suppress independent anti-corruption scrutiny.

Navalny has faced repeated arrests, investigations, physical attacks and criminal proceedings, which he claims to be politically motivated. Last week, a Moscow court ordered him, his foundation and his ally Lyubov Sobol to pay 29 million rubles (€410,840, $457,000) each for libeling the Moscow Schoolchild company. Previously, Navalny's group claimed the catering company had provided subquality food to pupils.

Doctor says Alexei Navalny may have been poisoned