Opposition leader Alexei Navalny's Anti-Corruption Foundation has been declared a "foreign agent" by Russian authorities. The organization says the move is aimed at hindering its investigative work. 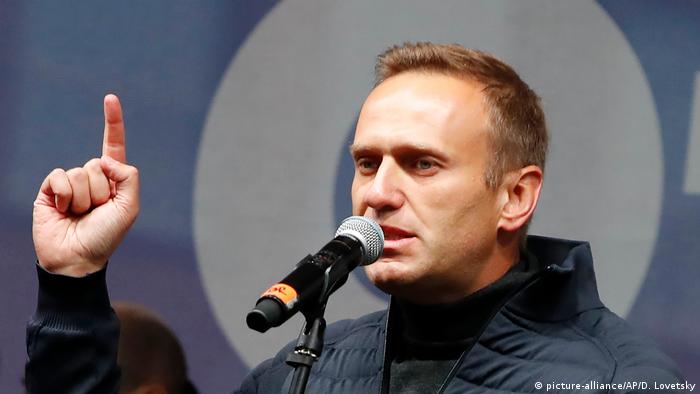 The Russian government formally declared an organization run by opposition leader Alexei Navalny as a "foreign agent" on Wednesday, the Justice Ministry announced on its website.

The listing is seen as the latest attempt to squeeze the opposition. Navalny is a well-known challenger to Russian President Vladimir Putin and has been jailed repeatedly for organizing protests.

Navalny's Anti-Corruption Foundation (FBK), which regularly publishes investigations into graft by state officials, will now be subject to increased oversight by Russian authorities and made to submit regular reports on who its managers are and how it spends its money. They must also declare their sources of funding and their objectives.

Under a controversial 2012 law, Russian officials can label civil society groups "foreign agents" if they say they have received funding from abroad.

The foundation's director, Ivan Zhdanov, said the anti-corruption group has not accepted any foreign funding and added that the designation is aimed at hampering the organization's activities.

"All of FBK's money comes from your donations — that of Russian citizens," Navalny tweeted on Wednesday. "The Justice Ministry's actions are totally unlawful and are clearly done on Putin's order."

The group rose to prominence due to its major anti-corruption investigations and has since grown into a Russia-wide network of Navalny supporters who probe local officials and stage opposition rallies in their regions. The group gained gained visibility thanks to its crowdfunding of a number of investigations into corrupt Russian officials.

In recent years, the anti-corruption group developed into a network of Navalny's supporters who have carried out opposition rallies in several regions. To crush down on dissent, several state-owned bodies and enterprises, including the Moscow subway, have been suing opposition figures over August's mass protests, with figures already exceeding $280,000 (€255,000).

Russia's president has approved a controversial bill to label internationally funded media outlets as "foreign agents," signing the measure into law. Outlets such as US-backed Voice of America are likely to be affected. (25.11.2017)