Russia′s crackdown on Alexei Navalny seen as an ′intimidation tactic′ | Europe| News and current affairs from around the continent | DW | 16.10.2019

Russia's crackdown on Alexei Navalny seen as an 'intimidation tactic'

Fresh raids on the regional offices of opposition leader Alexei Navalny have been seen by supporters as attempts to intimidate his nonprofit anti-corruption group, recently designated by officials as a foreign agent. 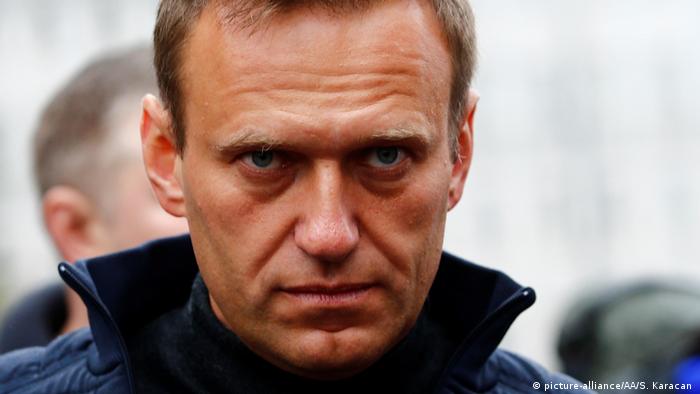 The most recent raids by Russian authorities on the regional offices of the Foundation for Fighting Corruption (FBK), set up by opposition leader Alexei Navalny, have been branded as scare tactics by members of Navalny's team and independent observers.

"The authorities are robbing Navalny's supporters in order to intimidate us, force us to give up and be silent. But we won't give in to these attacks and will continue to unmask crooks and thieves," the FBK regional office in Vladivostok wrote on its Twitter account.

Read more: Navalny: 'There is no pro-Putin majority' in Russia

The large-scale crackdown as well as its obvious demonstrative character attract attention, said Konstantin Dobrynin, the deputy head of Russia's Federal Chamber of Lawyers, to independent news portal RBK. Political analyst Alexander Kynev agreed, saying it was part of the authorities' "intimidation line." The effect of these tactics will depend on the reaction of the society, he told Echo of Moscow radio.

This week's massive raids on Navalny's FBK headquarters in Moscow and other cities, along with the homes of its current and former employees across Russia, are the third since August. Previous raids on September 12 were carried out in more than 200 locations in over 40 Russian cities. The latest searches are seen as part of the large-scale crackdown on the most prominent Kremlin critic.

Police searched Navalny's offices in 30 Russian regions, seizing papers, laptops, cell phones, hard drives and other things "that are important for the investigation," the investigative committee said in a statement on Tuesday. Some of Navalny's regional coordinators were also interrogated.

In an unexpected move, authorities also searched three liberal regional media outlets, with investigators trying to find some connection to the FBK. According to Leonid Volkov, Navalny's senior aide, none of the targeted outlets have any ties to the anti-corruption group. Police also searched the home of DW guest columnist in Yekaterinburg.

The raids are part of an ongoing investigation into alleged money laundering that was opened against Navalny's foundation in August. According to the investigative committee, certain FBK employees allegedly received more than 75 million rubles ($1.2 million/€1.1 million) from unidentified sources between 2016 and 2018, and then channeled that money to FBK accounts.

Navalny founded FBK in 2011 in order to investigate notorious corruption cases among Russian officials. Among those targeted were Russian Prime Minister Dmitry Medvedev, Prosecutor General Yury Chaika and Igor Sechin, the head of state-owned oil giant Rosneft. FBK claims to be solely financed by donations from its supporters.

Shortly after the start of Tuesday's raids, Navalny supporters began to make donations to the FBK bank account, with sums ranging from 300 to 2000 rubles (about $5-30/€4-28). Navalny ally Volkov wrote about the donations on Twitter, commenting that "this is what people's support looks like."

Donations like these were recently used by Russia's Justice Ministry as an excuse to designate FBK as a foreign agent, following legislation introduced in 2012. Nonprofit organizations which are engaged in political activities in Russia and which receive funding from abroad have been added to this list of foreign agents and are subject to additional controls on their finances.

FBK was declared a foreign agent on October 9 after authorities claimed the foundation had received donations of more than 140,000 rubles from sponsors in Spain and the US. Navalny has argued that FBK has never received "any foreign financing." In an interview with DW last week, he said it had cost him and his team "much time and effort to never receive any single kopek [coin] from abroad." 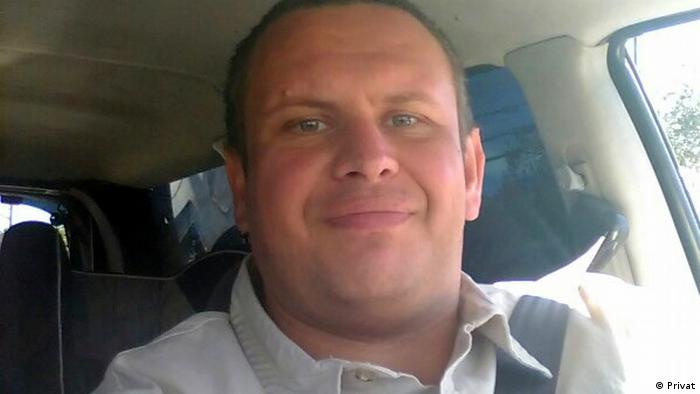 Yury Maslikhov, a Russian businessman based in Miami, donated funds to Navalny

Who are Navalny's alleged foreign sponsors?

Roberto Fabio Monda Cardenas, one of FBK's supposed foreign investors from Spain, turned out to be hard to identify. A person with this name is listed in the register of Spanish companies as an owner of auto seller Moto Auto Monda SL and construction firm Fabrilad Contratas SL. However, DW was unable to locate these companies at their listed addresses in Madrid on October 10.

Financing from the US has been linked to Russian businessman Yury Maslikhov, who owns a company that produces sliding closet doors in Miami. In a phone interview on Monday, Maslikhov said he donated $50 to FBK via PayPal in May, transferring the money from his personal credit card to the account of FBK director Ivan Zhdanov. Maslikhov argued that the transaction can't be considered foreign funding, since he holds Russian citizenship. He also said he believes Russian authorities used his donation as a formal excuse to designate Navalny's foundation as a foreign agent.

Muscovites headed to the polls to elect a new city council on Sunday. There is little hope that opposition parties will make substantive gains. But, after a crackdown, resentment against the government is growing. (07.09.2019)

Following his electoral victory in March, Vladimir Putin has once again been inaugurated as president of Russia. Will he continue on his present course? Experts agree: his increasingly authoritarian rule is here to stay. (07.05.2018)