Russia Opens Gas Talks With EU in Brussels | Europe| News and current affairs from around the continent | DW | 08.01.2009

The EU has given Russia and Ukraine an ultimatum to solve the gas crisis, but hasn't defined the consequences of non-compliance. Thursday, Russian and Ukrainian officials held a surprise meeting before talks in Brussels. 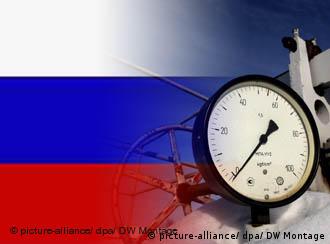 Low pressure: European countries are getting little, or no, gas via Ukraine

The unexpected meeting in Moscow of the heads of the Russian and Ukrainian gas companies at the heart of the dispute was called to discuss the gas crisis. No details have been released of the meeting's outcomes.

Miller earlier repeated his company's accusation that Ukraine was stealing some of the Russian gas transiting its pipelines for delivery to the rest of Europe.

"According to the latest estimates, Ukraine is stealing nearly 15 percent of gas delivered to the border between Russia and Ukraine," he said.

On Jan. 1, Russia suspended delivery of gas for use by Ukraine after the two countries failed to agree a rate for 2009 and on the amount Kyiv owed for previous deliveries.

The subsequent gas supply problems, which each country has blamed on the other, have begun to be felt in several European Union countries, reaching as far west as Italy and France. 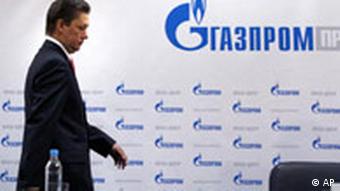 On Wednesday, Jan. 7, the EU gave Russia and Ukraine 24 hours to resolve their commercial dispute and resume gas deliveries to Europe or face unspecified political consequences.

"If supplies are not restored tomorrow, we will have to see a strong intervention by the EU," said Czech Prime Minister Mirek Topolanek, whose country holds the bloc's rotating presidency.

"Obviously there is a political dimension to this problem," Topolanek said in Prague ahead of a meeting with the EU's executive, the European Commission.

Officials in Brussels declined to elaborate on the substance of the EU threat, but experts believe some leverage may lie in the fact that Ukraine has expressed strong interest in joining the EU, while both countries trade heavily with the bloc.

Prior to his arrival in Prague, EU Commission President Jose Manuel Barroso accused the sides of holding the EU's gas supply "hostage" because of their dispute over unpaid bills.

"Now the two countries' reputation as reliable partners to the EU is at stake," Barroso told Russian President Vladimir Putin and Ukrainian Prime Minister Yulia Tymoshenko over the phone. 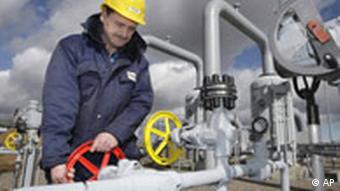 Gas enters Germany through a pipeline at the Czech border

Much of Europe was forced to tap into its gas reserves while some countries began taking emergency steps after Russia cut all supplies to the continent via Ukraine early Wednesday.

Hungary, Germany, Italy, Austria, Slovakia, Greece, Turkey and most of the Balkan nations were among the hardest hit by the drop in Russian gas, which has coincided with one of the coldest winters in decades, heightening fears of possible shortages over the coming days or weeks.

In Brussels, the European Commission proposed sending observers to monitor Russian gas flows through the Ukraine as a way of helping resolve the standoff. The offer was immediately taken up by Ukrainian President Viktor Yushchenko.

In a letter to Barroso, Yushchenko suggested EU technicians could independently evaluate the volume of Russian natural gas entering Ukraine. Moscow has repeatedly accused Kyiv of siphoning off gas destined to Europe -- a claim strongly denied by the Ukrainians.

Meanwhile, Hungary became one of the first European countries to impose restrictions on industrial gas use as underground reserves were being tapped at maximum capacity.

Serbia's reserves were virtually depleted while Bulgaria, which is 100 percent dependant on Russian gas, was considering re-opening one of its Soviet-era nuclear reactors -- shut down for safety reasons when it joined the EU -- in order to meet its energy needs.

Emergency measures were also triggered in Slovakia, while Poland was compensating for a complete cut-off by boosting supplies via neighboring Belarus.

European consumers were hit with a further slash in Russian natural gas deliveries, as a standoff over energy pricing between the Kremlin and Ukraine worsened. (06.01.2009)