Russia has signed an agreement with Egypt to build the country's first nuclear power plant. The deal includes a loan to cash-strapped Egypt, which has considered building a nuclear plant since the 1980s. 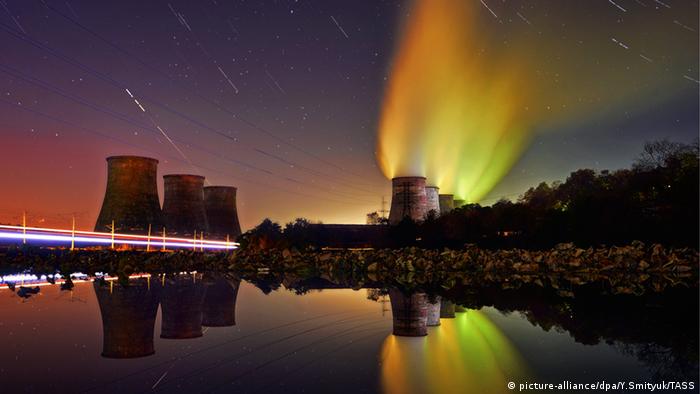 Under the agreement signed on Thursday Russia's state-owned nuclear company Rosatom would build and operate four 1,200 MW nuclear reactors at Dabaa in northern Egypt, helping to fill an energy gap in the Arab world's most populous country.

"This was a long dream for Egypt, to have a peaceful nuclear program to produce electricity," President Abdel Fattah al-Sisi said on television. "This dream was there for many years and today, God willing, we are taking the first step to make it happen."

Al-Sisi provided few details of the cost or how the country would pay for the reactors that by some estimates could top $20 billion (18.6 billion euros). He said only that the loan would be paid back over 35-years and be paid for by electricity.

Egypt has considered nuclear power since the 1980s, but the 1986 Chernobyl disaster put the country's plans on hold. Not until 2006 did former strongman Hosni Mubarak revive Egypt's nuclear power ambitions, only to again be scuttled after he was overthrown in 2011 amid the Arab Spring uprisings.

The nuclear power plant at Dabaa could take nearly 10 years to complete.

Sisi, who came to power in 2014, has cultivated closer economic, political and military ties with Moscow, which has sought to reassert its influence in the Middle East. The countries signed a memorandum of understanding on the nuclear plant in February, when Russian President Vladimir Putin was on a two-day state visit.

Russia is slated to build four 1,200 MW nuclear reactors for Turkey, the country's first, valued at $20 billion although a date for construction is yet to be set. Russia built Iran's first civilian nuclear power plant at Bushehr and handed control of the plant in 2013, while agreeing to build two additional reactors at the site.